Better late than never. My top songs of the blogaruu from 2010. Not that they were released in 2010. Just that I used them at some stage in the blog. Either I really like the song. Or. I am a fan of the story that went along with it. So.. Song. Which blogaruu. And a reason why as well. Not sure how many. Short and sweet!

1. Watch The Sun Come Up (Moam Remix) – Example
Which Which? First. Ever. Shhh.
Why So? Finished the first draft of my mighty book – Randumb!

2. He Was Worse Than The Needle He Gave You – The Delta Mirror
Which Which? Enough Talk, More Music!!!
Why So? Just a savage song. Repeat on.

3. Go Do – Jonsi
Which Which? Oh!. Or… Gee?
Why So? Foursome offers don’t come along too often. Particularly with 3 girls.

4. Hope Child – Free Energy
Which Which? The Royal Rambles
Why So? Almost died because of a piece of chicken. Thankfully. I did not.

5. Love More – Sharon Van Etten
Which Which? The Ungrateful Living
Why So? Mighty song. Tres simple.

6. Madder Red – Yeasayer
Which Which? Mumbling, Fumbling, Bumbling Mess.
Why So? Almost fully lost my mind. Somehow managed not to. Mighty.

7. Giving Up The Gun – Vampire Weekend
Which Which? The Zebra Effect
Why So? Me crossing the road caused 3 cars to crash into each other. Fun!

8. I Could Go – Oberhofer
Which Which? Dance, Munkey, Dance!
Why So? Kicked off a national radio station during a book interview. Mighty.

9. Untitled (Cottam 002 B) – Cottam
Which Which? Four. Play.
Why So? Introduced to the wonderful world of folf. 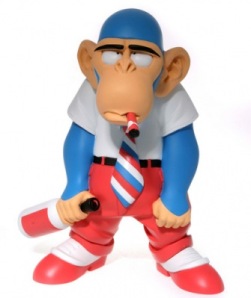 10. Only You Can Make You Happy (Punches Remix) – Au Revoir Simone
Which Which? Bape.
Why So? It is true. 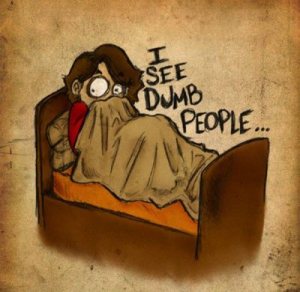 11. One (Your Name) ft. Pharrell – Swedish House Mafia
Which Which? Buy My Soul!
Why So? Randumb was set free into the world for the first time!

12. D:Ream – Things Can Only Get Better
Which Which?Hoot On A Boot!
Why So? One of the randumbest days I’ve ever, ever, ever had.

13. The Suburbs – Arcade Fire
Which Which? Enough Talk, More Music!!!
Why So? Best music blog I did all year. All 5 could’ve/should’ve made it! 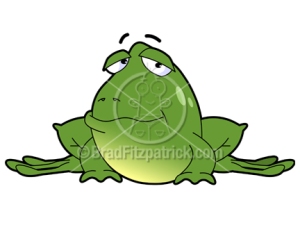 14. Barbara Streisand (O-God Remix) – Duck Sauce
Which Which? Nip It. Schnip It. Ribbit.
Why So? Randumb book tour back in Ireland. Randumb sold out on Amazon for the first time. Barbara on!

15. Young Blood – The Naked And Famous
Which Which? Woke Up In A… Holy Funk
Why So? Arrived back in LA. Boozing with a load of English fussball players. Fun night. Apt song.

16. Copacabana – Barry Manilow
Which Which? Sea! No Hangover…
Why So? While on a private super yacht in the Bahamas, I discovered that hangovers don’t exist on the sea. Ended up on Gilligan’s Island with a copy of my book. Dancing! 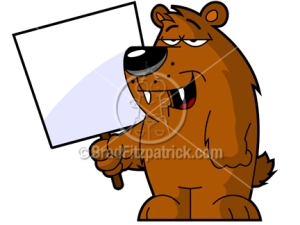 18. It’s So Intense – Gigamesh
Which Which? Drowning Clowns And Gay Bears
Why So? Started off the night doing stand-up in the Comedy Store. Ended up on the dance floor of a gay bar. Fun.

19. Mr. Rager – Kid Cudi
Which Which? Monkey Free Crap Fun!
Why So? Vegas and back on a private jet? Dancing.

20. Big Jet Plane – Angus and Julia Stone
Which Which? Hi My Name Is Mark And I’m A…
Why So? Mighty song. Big fan of the cartoon I found to use too though!

21. Runaway (Feat. Pusha T) – Kanye West
Which Which? Haaaaay Maker
Why So? Made me stop what I was doing when I first heard it. Mighty song.

22. No Cars Go (Arcade Fire Cover) – Maxence Cyrin
Which Which? The Death Of Pointless Notes
Why So? Listened to it at least 50 times that week.

23. Time (We Plants Are Happy Plants Remix) – Hans Zimmer
Which Which? Make Art! So… We Did.
Why So? Art club was formed. Attacked by a dog. Fun night.

24. Driving Home From The Beach (The Feeling Of) – Teen Daze
Which Which? Shee Shuu. Ahem… The Sexth Sense.
Why So? Started work on a new romance novel.

25. Just Walkin’ In The Rain – The Prisonaires
Which Which? Oh Sweet Jesus… Why Am I Singing?!
Why So? Bombed so badly on stage, I broke into an Irish song. Oh Jesus. 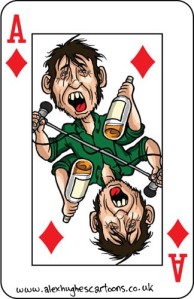 26. Indian Sun – Mean Lady
Which Which? A Jester’s Gesture
Why So? Released my first few poems into the wild!

27. Rollin’ & Scatchin’ (Chilly Gonzales Rework) – Daft Punk
Which Which? TGIFTG… Turkey On!
Why So? Got a haircut that made me look like Susan Boyle. Mighty.

28. Viro – Pryda
Which Which? You Are America?
Why So? Someone somehow mistook my name as being America. Well done.

29. If It Wasn’t For You – Various Cruelties
Which Which? Santa Touched Me. Felt. Liked. Christmas.
Why So? Last blogaruu of 2010!

29 songs. Nice even number. Probably one or two I forgot. In fact, here are three more!

31. DJ Ease My Mind – Niki & The Dove
Why So? Another song stuck on repeat the minute I heard it.

32. Animal Rights – Deadmau5 and Wolfgang Garter
Why So? If you ever want me to go boozing avec toi, just play this.


Done. And. Dumb. Big old blograuu. Mighty playlist. Mixed CDs are on the way. Feel free to add your own to the list! No doubt thousands of ye will. Ok. Go…

2 thoughts on “Tip Of The Night. Top Of The Morn!”