Quite dumb. Since a certain book has been released – like a demented goat into the wild woods of the world – the blogaruu has gotten a fair old amount of attention. Compared to the usual unfair amount. Sometimes, it has gotten more hits in the face, than the population of some countries. Seriously. Well. Maybe not some. Maybe just one. One country. Still though. An entire country?! Blogaruu is moving up in the world! Punchbag on! With all these new visitors and tourists, I have been quite clever. Too clever. By not throwing up new blogaruus as often as before. Quite clever indeed. Instead of enticing them in and try to get them to live here, I’m merely letting new folk run off. Hopefully run off and buy Randumb, but still. More people getting in their pre-orders for book two, the better.

What makes it even a tad dumber by me, is that buckets have been filling up. Notebooks of scribbles. Messages have been coming in asking where are the blogaruus. Apologies. If you want me to feel bad, those messages work. Although I think one email I got the other day has to be spoof. A guy asking me to summarise the last year of the blog. He had been reading it until just after the Bucket incident, and now finally returned. Could I please fill him in on what he missed. Seriously. That’s what the email said. Potentially spoof. If not. I was to summarise. Roughly 300, 000 words. Into an email. Go on the Amazon link to the book.

Rambles are kicking in. So. Now I have buckets of stories. I could: Write all the gibberish I have scribbled down into cohesive stories. Would take me three days to a week. I could: Not write any of it up, allowing there to be a big gap in the timeline, and just continue on from here. However, instead, I shall: Write random snippets from the time I headed back to Ireland. Starting from the start of the book tour. Chronological order. Just schnippets though. Paragraphs. Sentences. Words. Stepping stones to fill in the last two to three weeks. Nip it. Schnip it. Ribbit on…

Flight home. Upgraded by Virgin. Wuu. Get to the gate. Aboot to board. Called my name. Aw yeh, looks like I’ve been bumped all the way up to first cla… Inform me I owe them $500. What what? Why so? For upgrading. What what?! No way? Yes way. No way. Yes. Pay? No. Degraded. Wuu. Whures.

Plane. On. Original seat. Sat down. Next to an Armenian dude. And his wife. Before my belt was buckled, he offered to sell my an iPhone. A laptop. Or his wife. Good deal my friend! Ordered a round of drinks. Vodka Red Bull. Doubles. For him. I. And his wife. His 7 month pregnant wife. “You will drink it! I don’t care if you’re pregnant”. You want my wife? You want her. And an iPhone? Good deal my friend! Another round, American Virgin woman! Oh Jesus. Decided to rectify Virgin degrading me. Moved seats. Through the curtain. Half empty class. Say nothing. Slip in. Kip on. Upgraded. Virgin, I owe you 500 bones. In the post. I swear.

Woke up in Heathrow. Waiting for flight home. Fell asleep. Woken up by a Japanese dude. Smiling. Beaming. Prodding me. Showing me his comics. Odd enough. Read his comics. Funny enough.

Got home. Mighty to be back. Checked my book promo itinerary. Hit the ground runnin… Bare. Boneless. What what?! Loads of maybes. Waiting to hear back. We’ll get going now you’re back. Tut. Checked my emails. Offer. Back in L-Hey. DJigging. Buckaruu. Summer rent. Almost booked a flight back straight away. Next day. Very close. Slept on it.

Went to a book shop the next day. Saw my book. On the shelves. Mighty! Tucked in the back. Not so mighty. Asked to move them out to the front. Sorted. Window on! If you don’t ask…

Maybe not so bad being on the cover after all. Stopped on the street. Asked to sign a copy of my book. Thought it was a wind-up. Checked. Looked around. Candid cameras? No. Seemed legit. Signed. Rambling gibberish in the personal message. Could’ve done with tipex. Fun times though. Book groupies. They exist.

Promo itinerary started to fill out. Plastic surgery style. Book whuring. Touring kicked in. Radio. Station hopping. Driving. Gibbering. Nationwide. Did a book reading. Headliner. People actually paid to come to it. 50 bones! Walked in. Sat down. Eh. Uh. Howdy. Should’ve Googled what to do. Away we go? What do I do? Read? Started to read. Halfway through. Oh yeah. Introduced myself. And away we went again! Apparently I covered all the areas needed. Hit miss and a duu! Signed more books. Still horrendous at personal messages. Rambling gibber. Blogaruu style.

More whuring and touring. Entourage has it down to a tee. Two buddies came along. Go on the Jimmy B and Krin! Most of time they were sitting outside waiting. Happy enough though. Good laugh to be honest. Except that Krin knows exactly where to go to get lost. Stopped off at a petrol station to get directions. Flicking through a Sunday paper. Tabloid. Two page spread. My mug. Made up quotes. Funny enough to see. All completely fabricated. Apparently an exclusive interview. Tabloided it up to the max. Sex. Drugs. Gay orgies. Thought nothing of it. Got home. Forgot my parents and family might read it. Balls. Not too pleased. Not much I could do. All made up. Still a two page spread in the biggest Sunday tabloid. All publicity and all that…

Randumb sold out on Amazon.

Headed off with Andy and Colin to Soccer Aid in Manchester. Go on the Todds. Some laugh. Director’s box. Quality. Seeing the change in a steward’s face when he reads your ticket as you ask for directions is pre-tty priceless. Well. Free. In fact. Giddy up. Mighty night.

Cahorting with all sorts of heads afterwards. Fussballers. Actors. Actresses. Comedians. Models. Alas. No Zizou. Phil Taylor did come up and asked me to sign a copy of my book for him. Go on the Power! Kenny Dalglish then asked me what the book was about. Told him. Also mentioned that I support Everton. Conversation. Killed.

Walked by a couch in the hotel lobby. Someone reading a book. Someone in a slick suit. And no shoes. Reading my book. Jamaduu, who are you… Woody Harrelson. Reading my book. Laughed. No way. Looked up. Why was I laughing like a donkey at him… That’s my book! “No, it’s my book. I want to read it. Can I keep it?” Fair enough Woody, read on!

Randumb sold out again on Amazon.

Back to Cork. More whuring of various kinds. Radio interviews all flying. Still waiting to hear from TV shows. In the meantime, I was getting free stuff. Free clothes. Wuu duu. Nice as well, for a change. Book whuring has it perks.

Speaking of clothes, Virgin tried to catch me for overweight luggage on the way home. Fat man suitcase. From that fat man suitcase, I’m pretty sure I wore 4 items of clothing I brought home with me. Well done me. Overpacking problem. I may be a female. Although. Looking at it. Looking for it?

Checked my emails. L-Hey folk. DJigs on offer. Fashion events. Rent on. Promo winding down. Morning. Booked my flight back to L-Hey. That day. Phone call. Asked to do some book whuring on TV. TV. Step on. Realised. Balls. Connie and her drum. Back banging as loud as she could. TV. Same time. As my flight back. TV. Would also mean I would miss the jigs. Meaning it would cost me a couple whack of money. To appear on TV. Cost me. Basically. I would be paying to appear. As opposed to being paid. Which is what I thought happened. Well done me. Ehh. Connie. Your dumb drum. What to do… Hang on. Told that the TV is an open offer. Happy days. Dance on. I’ll be back.

Final day. More interviews. Paper and radio. Funny thing about radio interviews when they’re not done in studio, is they have no clue where you are. Bedroom. Bathroom. Car. Bank. Odd looks in the bank. Signed a few more books in a bookshop. Signed a girl’s hand outside the book shop. Fun old times. Random as funk.

Never had so many people kindly offer to come visit me soon in L.A. Thanks. So kind. Although. Ye would’ve gotten a better deal last year. Euro being stronger last year. And all that. Pre-book. Stronger Euro. Pity ye didn’t come then.

Flew back to L-Hey. Mighty to be back. City smelt unreal. Butterflies floating aboot. Forgot to ditch the fruit from my kitchen before I left. Smelt horrendous. Bananas do not last two days. Never mind two weeks. All in all though, a mighty two weeks back in Ireland.

Random enough as well. One year ago. Returned to Ireland from L.A for my Gran’s funeral. One year later. To the day. Flew back to L-Hey. Randomly insignificantly odd.

Anyways. Fruit, time and butter. Flies are taking over. Book is doing well. Time to go global! Rambling schnippets. Felt like a report. Need to stop saying whure so much. Bring back the innuendos and bizarre stories. Thankfully, my buckets are overflowing. Nuts weekend. Blogaruu tomorrow. Next week. Should be. Mint. Al. Until tomorrow… Songs on! 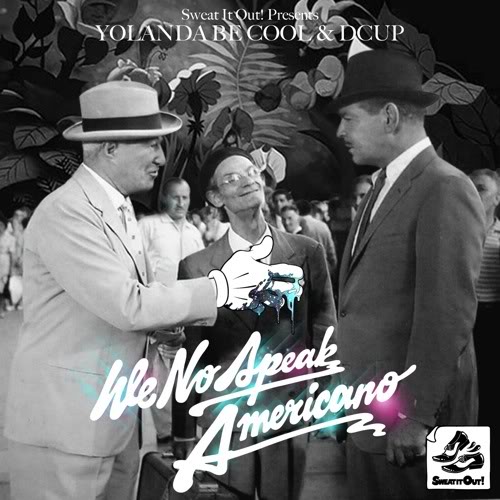 We No Speak Americano – Yolanda Be Cool & DCUP 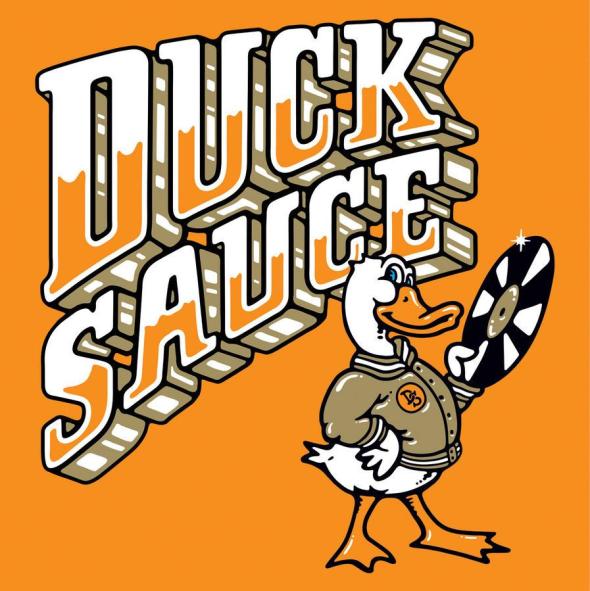