Three things you may or may not know: Clowns run comedy stores. Gay bears are actually a good laugh. And. Not all jokes are funny. Last one might be a bit too obvious. What else have I discovered in the last 24 hours that you might not know… A bottle of Absolut vodka costs $15 in the shop down the road. Whereas one shot of vodka costs $11 in a bar down the road from me. Amazing. Mango vodka may also be the way of the future, by the by. Pretty tasty. Any other gibber. Yes… Before I go to sleep, I try to just lie there and smile for a while. Like a freak. Not sure why. Read somewhere before that it’s good for you. Somehow. Not sure why I told you that either. But you can quote me word for word on that fact and reason if you like. Finally. Hitting yourself in the head with a weight at the gym is not fun. It hurts. As in you will make cat raping noises. Again. Amazing. I know. Alright. Enough from my gibber dish. Serious time. Back to drowning clowns…

Yesterday was round two of getting back on the big gay stand up horse. First gig went well. Comedy Store asked me back for more. Usual routine yesterday. Not up for it. Prepare for it. Write. Edit. Re-jig. Watch bucket loads of Youtube clips. Re-write. Re-jig word order. Still not up for it. Funk it, I’ll leave it off  this week. Kind of tired. Dumb thoughts. Time ticking. Closer to the kick off. One quick drink. Pumped. Now we’re dancing. Good to go! Let’s go stand up!

As it turns out, the night was pre-tty funking funny. However. Not really related to anything that I did on stage. Pencilled in to go on at aboot 10 bells. Head up to the Comedy Store at 9. Get to the door. Greet the bouncer. See my name lit up on lights on the door. (Technically, true. Name was on the door. Two small lights shining on the door. Technically, duu.) Talk to the bouncer. About being Irish. About my act. Mostly about my accent. Tells me he remembers my set from last time. Gibber on. Right so. Better head upstairs. Stops me. You did what.. oh, I.D? Oh shh… I forgot.

Didn’t think I needed it. Left it in my car. Balls. Although, you just said you remembered me. Is it not cool? Ehh. Bouncer scratches his head. Looking for the on button. That is true. Did remember. But wanted to see an ID. Because… No clue why he had to see it. Just now he had to. Knew who I was. Knew I was performing. Still no clue why he wasn’t able to let me in. Manager came along. Said I was fine to go in. Bouncer now standing by his principals. Standing by his door. Two people just waltz on by and in, while he is telling me this. Well done. Ok. Home. Get the ID. Go back. To the door. Bouncer isn’t even there any more. No need for my ID now. People just coming and going as they please. A 13 year old waltzes in. Seriously. Daughter of one of the comics. Full on troop of clowns.

Upstairs I go. Hunt down the lady in charge. Howdy. Asks me if all my buddies are here (That’s all they really care aboot. How many people you’ve brought along). Yes. All here. All paid money to get in. All adhering to your two drink minimum rule. Oh and how about your buddy that came the last time? The sitcom and movie actor. The guy who presents the stand-up show on TV. Is he here this week? Who’s that now? You clown. The guy that you now think will give you your break? Not sure (Told me he couldn’t come. Busy shooting. Scenes. Not ducks. I spoofed on to the clown). Yeah, not sure really. Who knows. Why does that matter though. You booked me, right? Not him. Right? You clown.

Still on at 10? Ehh. Yeah. She scuttles off. See the set list. Bob Hope I’ll be going on at 10. Find out I’m at half past. My buddy is on after me. Not to worry. Sit down. Chill. Watch the other comedians. Place is busy. Not as packed. But still almost full. Apparently, Britney Spears is in the front row. Nay shabby. So time is tick tocking along. Half 10 swings by. Still not on. What the funk… Go hunt down the clown in charge. Ehh, yeah. You’re on next. Well, he’s on next, then you’re on. Cool. I’m going to get a booze. Head to the bar. As I do, I notice the whole front row gets up to leave. Mighty. Good chunk of folk disappearing.  Britney included. Even mightier. Bar on.

At the bar. Booze me up. As it happens, I bump into Britney. You’re not Britney. ‘Oh my Gawd, is that accent real… ‘ To be sure it is. How’s it going. What was with them all calling you Britney. You do look like her. But you look more like you’re in Playboy or something… Oh you are. And your friend next to you is as well. Mighty stuff. Yeah, I’m on next. Yeah, ye all should come back and have another drink. Watch me talk about gay horses. Yeah, bring all your crew back. So I manage to get all the front row and a good chunk more not to leave. All agree to stick around, drink more, based on watching me gibber. Head back to the organiser. Clown inquiry: Am I definitely on next? Got all them back in! Happy days. Clown: Yes. You are. Although, is Craig coming? What. No. Look. At least the place is still full enough. Stand up on!

No. Repeat. Bumped. For one of the bouncers. The berries. Sit back down. Reeking. Sweet mother of Jesus. You dirty funking clown. Britney comes over… I thought you were supposed to be on. Yeah. I thought so too. This is a joke. ‘What was a joke? Was that a joke?’ Eh. What. No. This is a joke. I’ve no clue what’s going on. The clowns all claim not to know either. All in cahoot. Britney shrugs her shoulders. Front row all get up on queue. Leave once again. Next time. All that gibber. All leave. Followed quickly by fair old chunks of rows middle to back. Plus everything in between. By the time the bouncer has finished butchering the stage, there are bob all people left. Another guy goes up. Point of no care. Fully stewing. The MC then goes on to introduce me. Well. First. Decides to insult everyone else left in the crowd. Now not only am I freaked. What’s left of the crowd is as annoyed. Now then. Up you go. Cheers buddy. Wuu.

Maybe 5 people in the audience in front of me. All I could see were the blinding spot lights. Along with a sea of seats. Sad, empty, lonely chairs. Along with a good chunk of buddies in the balcony area to my right. And that’s what annoyed me most about the whole night. Not that I spent all day getting ready for it. Far worse ways to pass a day than by watching Richard Pryor. Not that I wouldn’t get to see if my re-jigs and re-writes made much of a difference. Nor that a mighty friend brought a TV executive along with to see my jig. What annoyed me above all is that almost all of the people left were only there to see me. Paid money to see me. Paid more money to buy drinks. And then had to wait around patiently for an extra hour. Spent their money. Spent their time. Did all that. In return, felt all got clowned. When I could’ve made the whole thing way easier, by just inviting everyone around to my living room and saying a few jokes there instead. Some clown.

As you can imagine. Set was unreal. Nay. Took the piss out of the fact of how big a joke the night had been. Told half of the jokes. Forgot punchlines. Blame that on the sudden spots of blind red rage which came into my head. Blacked out once or twice on stage. Got a few laughs. Bombs were dropping. Pretty pointless. Being up there so pissed off. Works well for Denis Leary. Does not work so well for me. Wrap up. My buddy goes on. Wrap up. Pretty sure the 13 year old daughter then goes on. Headed off to find a bar. Where I did what anyone in my position would have done. Found a bucket. Filled it with water. Found the clown. Drown.

Nay nay. I joke. Filled the bucket with mango vodka. Grabbed my annoyance by the neck. Drowned that instead. Worked well. Mighty night. Although the first bar we went to was dead. And the second bar was closed. So we just asked the cabman to bring us to a bar. Any bar at all. Just as long as it’s open. Preferably busy. Knew exactly where to bring us. Just down the street. Giddy up cab man! Mango vodka is kicking in! All bundled out of the cab. Crowds of people. Straight into the bar. Not too shabby. Full to the brim! Although… Wait a minute… I know this place… Is this… Micky’s? Pretty sure we just bundled straight into a gay bar. Hang on, just let me ask the guy dancing on the podium. Which guy? The one in just a policeman hat, thong and Doc Marten boots, he might know… ‘A gay bear? Who’s a gay bear? You’re funny!’ You wouldn’t have said that if you saw me on stage earlier buddy!

Only one option really. When in Weho. T-shirts off. Dance floor on! As you do. Obviously. Dancing our little gay hearts away. Funny old night. Just make sure to have a girl in your group. And not to hold eye contact with anyone for longer than 3 seconds. Do that. You’ll be dancing. Although the bathroom area was a bit odd. As if shady drugs deals were going on all over the place. All transactions done with eye movement. No drugs involved. Back dancing. Back home. Slept on. Woke up. Discovered someone had dominated my chicken. Literally. Not happy. If you know me, you’ll know I enjoy my chicken. All that is meant literally too by the by. Balls out of the gutters. Please. All in all though, funny old night!

Did you know… This is the longest rambling gibber blogaruu I’ve ever wrote. Amazing. Time to wrap up. One positive out of all the shambles in the clown show. Fact that I was so annoyed. Good thing? As it shows the passion might be there? Look. Let me positive spin it. Wasn’t too sure before. Time to plough on with my plan now. One hour stand-up show. Tour on. Giddy up! You may laugh at my plan… Well actually, that’s part of the plan. Laugh on! Works for me. And to finish on a note which is just odd and proves a lot of my gibberish points, tonight I got a voicemail. Same venue. Looking to book me on their main stage. So that industry folk can check me out. Ha. Seriously. After all that?! And I hear what you’re thinking. As if I would. After all that. As if. I am. Ahem… Clown on! 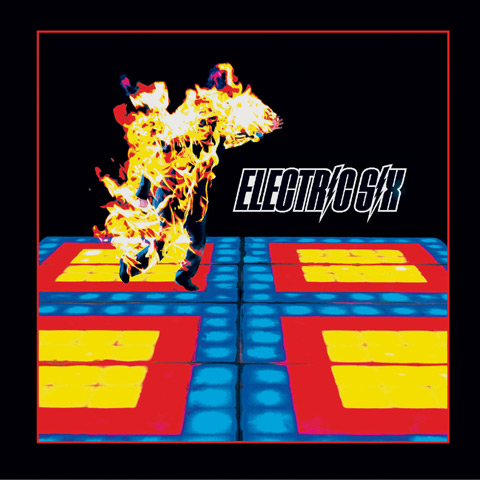