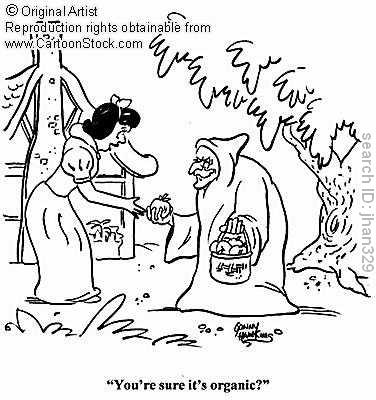 Technically, today is Thanksgiving. Still the eve or the night before really as I still haven’t slept, but technically, it is Thanksgiving. On another technical note, it is also Thursday. Still feels like a Wednesday, but technically Thursday. Try as I might, all tomorrow will be for me, is Thursday. That I have a feeling will be like a lazy Sunday. Eating. Drinking. Lounging around. Sleepy old day. But on a Thursday. And tonight was a Wednesday. The eve of Thanksgiving. Or whatever it may be called. See, the last thing I need, or want, is an excuse. An excuse to take a break. A day-off. Chill man, it’s Thanksgiving. Your first one! You must be excited! Or so I have been told. I feign that I am, yay, wuu, can’t wait for tomorrow. It’s Thursday! Yaaay. I mean Thanksgiving. Wuu!

To put it another way, it feels like being invited to someone’s birthday party. Let’s call him Tim. Timmy. Everyone else seems to be great buddies with Timmy. Cherish him dearly. Really looking forward to it. Can’t wait for his birthday party. Are you excited for it? ‘Well, I don’t really know Timmy. Ye are all telling me how great he is, but I’m not that excited yet for his party.’ I’m sure Timmy is a great laugh. Well I get the feeling his is more of a really nice guy. Maybe not the party animal. More cuddly. His party will be well catered at least. Might not be a party that will have a great DJ and a few after parties lined up. Or the term 12 pubs attached to it. That’s more Christine’s kind of thing. I know Christine. I am a big fan of Christine. I will be pumped for her party! Christine is a great laugh!!! But Timmy? Never met him.

At the moment I can only feign excitement. And it is feigning big time. Kind of thought I could put in an odd hour here or there in the day. Seems like it is an all out kind of thing. Christmas was meant to be my next acceptable excuse. However, seeing as it is a party, and I’m invited, it is time to be thankful! Get into the spirit of things! Be thankful. Starting with today. Which kind of produced a good few things not to be so thankful for. Like running around, again, like a headless chicken. I won’t dwell on them though. Just briefly skip on them. My efforts at getting logistical stuff out of the way is not going well. Headed down town today. First place on my list was closed. As in fully shut. Gone. Trudge on. Second destination. As if the place never even existed. Building was derelict. No sign of life ever being there. I had Googled it! Prepared the voyage. Timed it all out. Google maps?! Both places gone. Move on.

Not really thankful for those parts. Maybe I’m thankful for the funny incidents that broke up my day. There is a shop. That I can’t walk past. Without going in. And buying at least one thing. I am a weak man. With a woman’s tendency to shop. Bought a shirt in this place recently. Kind of an impulse, cure my hangover, purchase. On sale. Done. Haven’t even taken it out of the bag since I bought it. Obviously I thought about the shirt as I walked by today. Wondered if I even liked it. Should really have tried it on since I bought it. I get the feeling it was the flattering light in the store that swayed me. Should I do the sensible thing and just return it. Enough clothes and all that. Although maybe I do like it. Maybe I might need a shirt the exact same as that some time?! Maybe. You just never know. What to do, what to do.

Came up with a great little plan. In to the shop I went. Looked for the shirt. Couldn’t find the size. Assistant found the last one in my size. Into the changing rooms. Tried on the shirt. Checked out different mirrors around the store for the different lighting. Like an ape. Decided, you know what, I do like this shirt. This is a nice shirt. Assistant came over. Asked if I was happy with the shirt. Very happy! A gleeful look came on the guy’s face. He was happy for me as well! This was a great little idea to just try it on in the shop! Time to go. Cheers assistant guy! Pardon? Should he wrap up the shirt for me? Or just put it a bag? Eh, excuse me? ‘You are buying the shirt, right? You did just say you really liked it. And was happy with it. Looking forward to wearing the shirt out? Should I wrap it, or put it in a bag?’ Eh, the thing is, I actually have this shirt. ‘This shirt? You already have this shirt? I don’t understand.’ Yeah, I have this shirt, didn’t know if I liked it, needed to make sure, yadda yadda yadda, now I know I do. So I won’t be buying that now. As I already bought it last week. Sorry about that. And the lost of your commission. My bad.

So I’m thankful for that little incident. Now know that I do like that shirt. Thanks for that. What else am I thankful for? Oh yeah. Have you ever been walking alongside someone, and your hand brushes off theirs. As if you were trying to hold hands, or so it seemed. Funny when it happens with a buddy, and there’s a little awkward ‘what-were-you-just-trying-to-hold-my-hand-for?‘ moment. So ye both hold hands properly to prove to the world that a) We’re two jokers and will hold a guy’s hand no problem! And b) By doing this I am actually letting everyone know that I’m not gay. Just to make sure. Because that might of actually made me gay for a minute there. One of those moments.

Something similar happened today. Streets were busy. I noticed out of the corner of my eye that I was kind of walking alongside the same girl for at least two blocks. In synch. Stopped waiting for the green man. Lot of people waiting to cross the road. Green man popped out. I started walking. Swinging my hand. The girl next to me started walking. Swinging her hand. Our moons synched (quite hot, so synch on). I swung up. She swung down. And bizarrely, somehow ended up holding each others hands. Actually holding. As in her hand was linked with mine. Not really a hand holder, so it felt alien. Made me examine my hand. What was the foreign object in it? Her hand. Looked up at her. Who was doing the same thing. Smiled at me. Then said something in Japanese. Not too sure what.

Which is when I noticed she was actually holding someone else’s hand as well. On the other side (obviously). A guy. A Japanese guy by the looks of it. Her boyfriend by the looks of it. Who was on the phone. And oblivious. All this happened very quickly. So we had let go by the time we got to the path. I went right. She went left. Smiled. And waved. And I was left looking at my hand. Wondering what had just happened. And dear Lord they were hot boots that she was wearing!

Anyways, I was thankful that her boyfriend didn’t really cop on to what was going on. Me holding hands with his girlfriend. Maybe they were brother and sister. Or husband and wife. Who knows?! But at least he didn’t see. Or I might have had to start holding his hand as well. To make a little ring. Do a little rosie. And confuse them all enough so I could just slip away. Another thing to be thankful of. There was no rosie posie.

As you can see, today turned out to be a day not well spent. Missing buildings. Closed shops. Gibberish incidents. One thing I did do well, however, is eat some tasty fruit. A lot of tasty fruit. Apples in America are savage! Even if they don’t stay ripe for as long. Two apples. Two bananas. A few grapes. An orange. And some other weird thing where you only eat the pips. Which were brimming with juice. And unreal. Fruit has been the thing I’m most thankful for today. For without that fruit, it would have quite clearly been a fruitless day. And you should be thankful that I waited until the very end to use that brutal line!

4 thoughts on “Thanks For The… Fruit?”