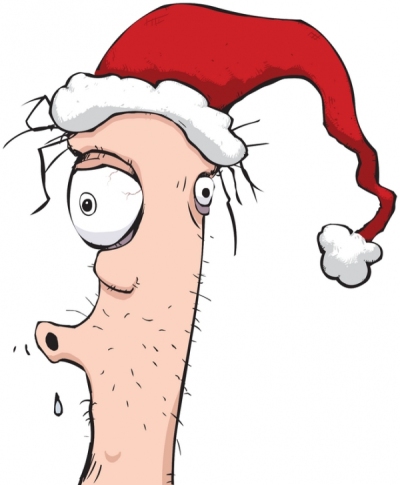 Miss You – The Rolling Stones

Very sad day. Just took down my Christmas tree. Meant to do it last weekend but I couldn’t bear the thought/too lazy. Now it’s down. Meaning Christmas is over. Done. Dusted. Out. Buried. No more. Hard to take. Although the thing is:

Does Christmas ever even start in LA?

Week leading up to Christmas: No buzz. At all. Few places had decorations up, of course. Shops were plumping and pimping out Christmas deals. But all felt fake. Selling. As opposed to cheerful. Plus, I too was working a good bit – Book on – so it kept my mind off the cold, hardened, heathen, non-Christmas buzz in the air. People don’t even say ‘Happy Christmas’ here. It’s all ‘Happy Holidays!’ Just in case you somehow offend someone? Funk. That. Christmas. On! Ye whures.

As always, 12 Pubs of Christmas held high hopes for kicking the Christmas buzz into gear. As always, initial responses to the mighty pub crawl were lukewarm/confused/uninterested/horrendous. Mighty. Thankfully, closer to the day, a group formed, Christmas jumpers were purchased, and the crawl was on. (Either way I was going on it but always nicer to have others in dodgy Christmas jumpers join you on your way.) 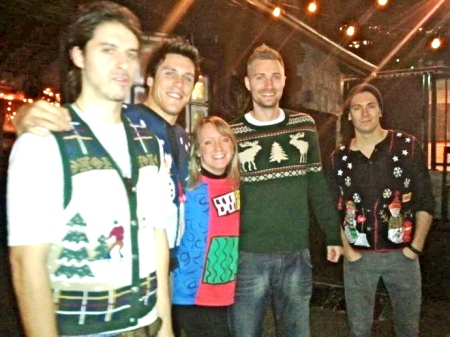 That was a good hoot at least. Quite and polite at first. Chug and chug at second. Warming up at third. Banter at fourth. And people out of their shells at five. As always, one quiet guy in the group burst out of his shell with a demonic smile. Hilarious guy who I know only as Dave. Don’t remember much about him. Just thathe was small, sound, had a beard, and at one point made me laugh so much I almost fell in a bush/did fall. Some say that was drink related. I say nay: All Dave!

So 12 Pubs was good. Although still didn’t feel like Christmas. Not one pub we went to had a Christmas cheer vibe. Couldn’t give a flying hoot who we were or what our mission was either (12 pubs, 12 pints, at least, all the while spreading Christmas joy and cheer to all). Might as well have been a chess-club wearing dodgy attire. No one embraced. Dirty looks. Zero stragglers. Tut tut. Heathens!

Although in some of their defence, I did act like a goat for a couple of pubs. I blame watching a show on National Geographic the night before. Saw these two goats trying to claim who would be the dominate goat. Whoever won got to go up the hill first. Obviously. So they starting butting heads. Ramming into each other. Of course. Which I thought would be hilarious to do. Plonking my head around. Until we went to pub ten. I go to the bathroom quickly before ordering. And  randumbly see this on the wall of the cubicle I was in… 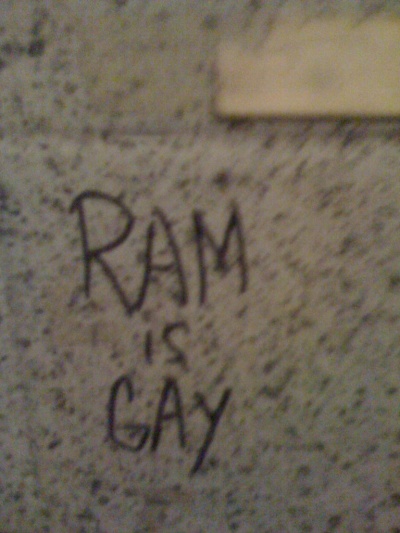 So then I stopped. And that was that. Great story. Anyway…

Christmas Eve: Needed a cure. Pub on. Just the one. Stragglers who didn’t go home for Christmas. Brave faces. Cracking smiles. Teary eyes. So that was fun!

Christmas Day: Very early. But. I made Mass. Maid Massen, no one called me. Hollywood Mass was as weird as ever. Some place to people watch. Wailing Mexican lady next to me singing all the wrong words of the songs and prayers. Mother and daughter in front of me who were quite clearly tweaking out. Wigged people everywhere I looked. Priest putting on an almighty theatrical performance. Not the usual quiet, reserved, polite, be on your best behaviour style mass in Ireland. At least I got it in there. Pray on!

On to dinner. In fairness, now we were finally dancing. Group of us had a mighty munch in a mighty abode belonging to a mighty dancer. Savage feast. Gifts passed round. Yay! Thank you. Too kind. On the couch. Watching TV. Full up. Tipping on. Turkey. Potatoes. Ham. Gravy. Veg. Stuffing. Buddies. Champagne. Champagne. Champagne. It. Was. Mighty. And. Felt. Like. Christmas. Wuu huu!

In the eve we headed up to another buddy’s abode. In fairness to this abode, it felt even more like a Winter Wonderland. Something you’d see in a movie. Garden lit up. Reindeer. Trees. Elves. Nutcrackers. Santas. Whole house covered in lights. Inside even mightier. Twenty-foot Christmas tree. Finally some pine. Christmas songs playing.  Yippee! It’s Christmas!!!

However. Next day. Woke up to a rude awakening…

Stephen’s Day (or the day after Christmas as it’s affectionately known here). Usually this day is unreal back in Ireland. Everyone’s out celebrating Jesus/their new Christmas clothes. Pubs. Heaving. Spirits. High. Glorious time of the year!

Here, not so much. Cold. Hard. Ruthless. Business. Decorations yanked down. Gone from everywhere. Shops already moving on… What’s the next holiday we can advertise for? Valentine’s Day? Hearts and chocolates everywhere you see? Done. No more Santa. Get out… GET OUT!!!

Someone mentioned in passing to me: I hate when people don’t take down their Christmas decorations straightaway once Christmas is done. HATE it. Move on.

Which is when I died inside a little.

What do you all mean by ‘It’s over’? We’re just getting going? Only one night of feeling like this and now that’s it? Done. No more? How could you?! You lured me in. You tricked me. You made me feel special. I THOUGHT WE HAD SOMETHING!!

But no, we didn’t. Realised that Christmas had simply used me. She didn’t love me like I loved her. She just wanted my body- Well maybe more my money. Buying up all those presents. Spending every last penny. Sucking me dry. Then booting me out the door the very next morning. Christmas came. Then left me. Just. Like. That.

There I was. Thrown out of bed. Kicked out the door. Standing in her garden. Naked. Except for my socks. Holding my runners. Putting on my pants. Looking for my top – Oh, there it is over on the bush. Bewildered. Confused. Hurt. Why did she do that to me? Feel so cheap. Dirty. Used. Christmas, how could you? I committed. You abused!

So then I ran home, arms flailing, wailing incoherently. Cried in the shower. Rocking about on the floor. Mascara running down my sobbing face. Scarred.

At least I’ll know better next time. No more one night stands. LA: You whure.

To take my mind off her, I wondered if anyone loves rhetorical questions as much as me?

Then I wondered if it was because I didn’t have enough money to keep her happy? Was that it?! So I asked texted her. And she said ‘Yes, that was one of the issues. I wanted you to be my Sugar Paddy.’

That broke my heart. And made me bitter. I let her shove an enema up my bank account! Severe diarrhea of the funds. Still not enough?! Sour. Paddy.

Only one to do: Put on my finest top hat. Go out on the rebound. Yaaayy-meh.

Sure, people tried to console me. But it just wasn’t the same. Tut. 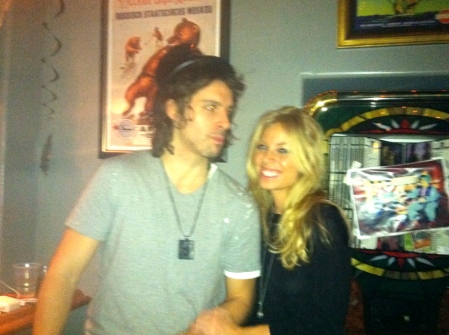 To make matters worse, next day I developed this weird cough where I’d cough once on the hour, every hour. So that was awful. Like cough work, so it was.

Spent the day at the hospital. Overheard a nurse speaking loudly at an old man who just received his new prosthetic… ‘HAPPY? NEW EAR!’

Only then did I remember that it was 2012. My mind had been that distracted.

After that there was that whole arson stuff in LA. Thankfully he was caught… 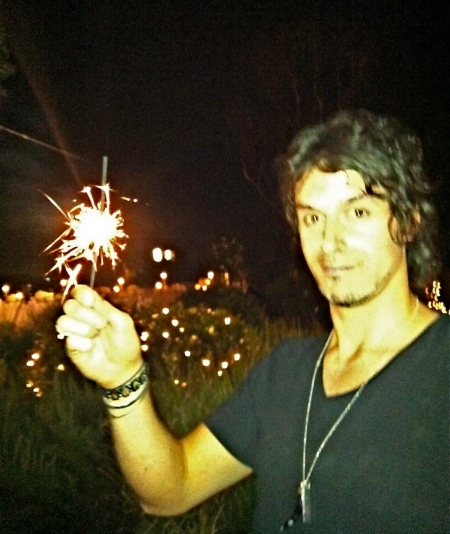 And now here we are.

Blogaruu: Recapped. And my hair is down to my shoulders. Wuu. And. Duu.

On the plus side, it has been 80° since the 2nd of January. So LA has been good like that. And I also did kind of finish my book. Jesus Christmas Christ. Wuu huu! Work on! Still a few weeks from release. All the behind the scenes magic and that fun to be done. But it’s close. Which is delightful. As now everyone will tell everyone else in the world about it. My work is finito once I dot the last full stop. Giddy up ’em steps!

And I did also get a wonderful Kindle Fire for Christmas. Best present I’ve got in a while. Almost replaces the void Christmas left. Gadget up that fulfillment, so I do. Isn’t she a beaut… 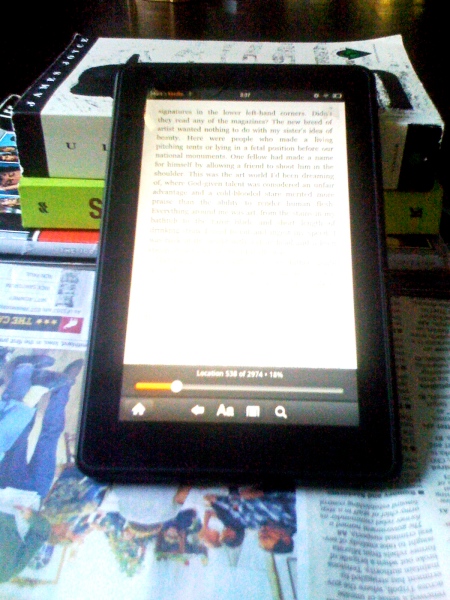 Speaking of voids, just remembered: My tree is down. Out. It’s over. She’s gone. Sniff. Although. I wonder. Valentine’s coming up. Maybe if I bought her flowers. Would that work? Could I get her back? I will buy her back!! My fickle whure. Come home to me. I…

7 thoughts on “My One Night Stand…”