Something happened yesterday that still has me baffled. I don’t really know how it happened. Or if it was my fault or not. I just know that it happened. Don’t really understand it though. This has led to a flood of other things cropping up in my head which have occurred recently where even though I do understand parts of what happened, I completely don’t understand other sections. For example, I don’t really get why people rush on to a plane, particularly when seats have already been allotted.

On the way up to San Fran my flight was delayed by a good hour. When we were told it was ready to board, there was an almighty stampede. People brushing past one another, barging, old people and babies getting bumped to the side. It was all bizarre. Particularly, like I said, when everyone’s seat was already pre-assigned. Not like a free-for-all once you got on board. I couldn’t understand the rush. Planes are not likes cars, as in that they don’t just pull away from the curb the minute the door is shut. Even if you are last on the flight, you still have five minutes to chill. And, I don’t understand why you wouldn’t want to be last on the flight either. Being last to check through the gate, I was offered a better seat and bumped up. Proof, that at times, it pays to be last!

I don’t understand why I always over-pack all the time. Even though I tell myself each time that there is no way this time that I’m going to over-pack like last time. More often than not, I even go out of my way to tell someone the same thing. Perhaps in hope that if I say it out loud, it might not happen. Or I might be held accountable if someone else knows. Yet I do it every time. And now it seems that the shorter my trip, the more I over-pack. I don’t get it.

I also don’t understand why I was so lax (there shall be no pardoning of that pun!) coming through customs at L.A.X when I arrived from Ireland. I was telling my buddy about it the other day, and I realise now that I was pretty lucky that the immigration guy I got was so sound. Otherwise, I could’ve ended up not getting in, or ended up with another holiday visa. I don’t get why I actually almost tried my best for this to happen. I think it may be down to the fact I had a long term visa. Which made me think I was invincible.

When the immigration officer asked me what was I going to be doing in America on my trip, I casually replied that I did not know. Need to get an old plan together for myself. Which got a look of ‘Are you an idiot?’ from the guy. So he tried again… Are you here to work or a holiday? ‘Ah well, I’ll play it by ear. Might treat the first week as a holiday, get settled, then start to get to work when I figure out my plan. Holiday. Then work. Working holiday. Ha, I don’t really know. Geez, great to be back though. Forgot how warm it is here. Are we good to go, yeah?’ Which again got me the ‘You are a dope’ look. Eventually, he just said ‘Unless you just tell me you are here to write and work, like your visa says, I can’t let you through. Just say that, ok?’ Ok. But does that mean I can or can’t chill for the first week? Oh right, yeah, here to work, stamp my long term visa, I am here, to, work? Not sure why he was so cool towards me, but I decided not to ask him to explain himself.

I can’t explain why it is that I can’t seem to pump gas properly, to use the American lingo. I can obviously use a petrol pump, but it appears not properly like everyone else here. I see people stick the pump into the car, leave it in pumping away without them needed, and start doing stuff like washing their windows or on the phone. Anything but struggling to figure out how it is that one does that which such ease! Yesterday I was asked to put petrol into my friend’s car. It took me about fifteen minutes to put in twenty dollars worth of petrol. Either way too slow if I squeezed lightly on the pump. Or squeeze tighter and the switch would flick and not pump. Over and over this happened. While everyone else was whizzing about their business. I still don’t understand what I was doing wrong. Even after the attendant came over and helped me out.

Speaking of finding the right balance, I also don’t understand why I waste entire showers trying to get the temperature just right. Can’t just be happy that it’s close enough. Turn it to a certain level. Just that bit too hot. Turn it down a notch. Just slightly not warm enough. Up one. Down one. Up. Down. Ape. Ape. Ending up getting out of the shower and realising I am still covered in soap and suds. Don’t understand it, but I seem to constantly do it.

Speaking of temperatures (on a roll of gibberish, I can tie it all together) I also don’t understand why people drink really hot tea or coffee. As in with just a drop of milk. I don’t get it. I thought I did. Growing up I was always under the impression that the older you got, the less milk you needed/wanted. For years I was looking forward to the day when I would be like my Mum or Dad and just take a drop of milk. All grown up. Alas, that day will never come. I think I leveled out about the age of 18. Pretty milky to be true. Not cold, or luke warm. Just hot enough that I can still manage to horse it down in one gulp if I need to. Unless I run out of milk. Or fill it too high. And, as a matter of fact, I think it is kind of lucky that I am this way. Especially after yesterday.

In Starbucks, got a coffee (in truth, only bought it so I could stock up on a few extra Splenda packets which I had ran out of and the shop was closed. Pardon? What? Who?) Small coffee, barely wanted it so poured half out and filled it up with milk to just chug back. Whatever way I was walking, I managed to slosh it around in the cup so that somehow, one big drop jumped out of the tiny slit of the cup, flipped in the air, and landed right in my eye, into the blinding spot. My first reaction was to yelp out an ‘Aggghhh’. Quickly followed by grabbing my eye. Obviously with my hand that I was holding the coffee cup. Dropping the coffee out of my hand. Holding my hand over my face as if I had been shot. Boiling hot coffee in my eye! Lawsuit! Starbucks! My eye-sight!!! Then, I remembered that it was not boiling hot. More like the equivalent of a rain drop landing in my eye. Well, a milky, coffee flavoured drop of rain. And my eye was fine. Although the yelp did startle a few Starbucks heads. Great fun.

Anyways, back to what brought on all this gibberish, about what I do and don’t understand. I understand that if something breaks, you immediately turn to whoever it is that might have used that item last. And point the finger of blame at them. No matter what. Must’ve done something. Was working fine. You used it. And now it’s broken. What did you do? Stigma. Blame. Reputation. Tarnished. I understand all that.

I just don’t understand how my cousin’s microwave actually broke. It worked fine in the morning to make breakfast. Only person in the apartment all day. When I tried to then heat up a packet of rice in the evening, the microwave wouldn’t work. Light was on, tray was turning, heat wasn’t happening. Obviously the question came… ‘What did you do?’ I don’t know. I didn’t do anything. It was working earlier. But now it’s not. I don’t get it. I did nothing different. But now it is definitely not working. Did anyone else use it? No? Are you sure? I was the last person to use it? Damn it. Blame. Stigma. I shall forever be known as the person who broke the microwave. Must’ve done something. I get that. I just don’t understand why it did actually break. Baffled. So now I am on the hunt for my second microwave in as many weeks. Great story really.

Kind of baffled and don’t really understand why I felt compelled to tell you sooo much gibberish. I could really do with an editor. But it’s done. Now here’s a son. Guh. Actually, here’s two. Duu. Still working on my rapping abilities. 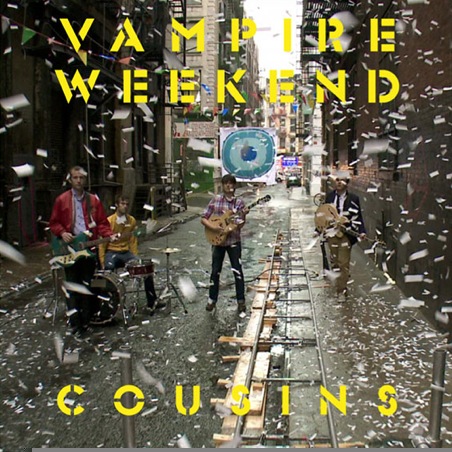