Lately I’ve been reminded of a certain trend in the blogaruu. Recent posts such as ‘Toe-Knee! Tow-Me! Eh, Tony!’ have refreshed my memory of the this trend. Which is… the more bad things that happen to me, the more people read the blog. And, more importantly, it seems these stories are enjoyed far more. Stories of my demise. Of my failure. Of my broken something or other. Another thing, apparently, is that posts filled with gibberish or ramblings of some kind, such as ‘Mandatory Man-Dates’ are preferred to posts detailing certain events that I may have been at. So, with those two nuggets of information in mind, I think I may have a bit of bad news for you. You might not enjoy this. Apologies. Reason being, this weekend was pretty unreal. Surreal. Funreal. Real good. Reeling in the years. Real on! All the reals. It. Was. Un. Real.

I think that at times if you plan a night out and it sounds like it might be brilliant, usually it bombs. Other times, spur of the moment decision, greatest night you’ve had in a long time. This was a planned night out. However, kind of got the feeling there was little chance of it bombing. Always a chance, but it was very little. If you remember when I first arrived back to L.A on Halloween, I was whipped into overload mode from the word go. Shocking me straight into play. A bolt from the blue. Highest of the high-life. A dazzling height. Almost blew my mind. Made me think gin was no longer a friend of mine. An unreal few days though.

With those events in mind, and how was after them, I was a tad apprehensive about what lay ahead come Friday afternoon. Wondering if this might be the weekend or week where you could lose your mind, and possibly have a gin-related nervous breakdown, makes you a tad cautious. Just in case it does happen, maybe I should write my last few sane thoughts down first? Maybe a few goodbyes to people. Wish them all the best, before being committed. Unfortunately, being drugged up on painkillers hampered fully sane thoughts. Maybe send out a few texts instead. Show I made a feeble effort to make contact before my brain burst. Up there with a quick ‘Happy Birthday!’ message on Facebook but an effort at least. Or would my mind cope this time around? Embrace the events! I was mentally prepared this time around.

The man responsible for this gusto and generosity, referred to at the time as my friend’s girlfriend’s Dad, arrived back into town on Friday. Here for a week. Like the way I don’t like being in photos, I’m never sure if people I know or are friends with want to be named in the blogaruu or not. Easiest is just not to. Most of the time. Be in the book if they like. I’m going to call this legend of a man, The Man. An apt blog-name. Down to the simple fact that, he is, The Man. Started from scratch. Now has an empire. Works hard. Enjoys life to the fullest. As sound a guy as you could meet. And an unbelievably great laugh. The Man. Was back. In town.

On the agenda for Friday night was going to the Lakers game. I haven’t been to one yet, so pumped for that alone. Added to this, when asked where we were sitting, I was told we had our own table. Like in a club. In fact, it is a nightclub. Hyde Lounge have a bar/lounge/nightclub in the stadium. New thing. Like a suite. Watching the game from there. Meal. Drinks. It’s cool. You’ll love it. The place I was chilling with Beckham last time, my buddy told me. Oh right. Sounds good. Couldn’t really visualise it but I believed my buddy Chowder, who set it all up, when he gave it the two thumbs up and a duu. Take me out to the Lake show. Down to see a few rain drops. I had even rushed through a purchasing of a camera for the game. Didn’t really plan on buying a camera. Tow-me has me in ration mode. However, needed a few photos of the game and all that. Words are great. Photos give me flashbacks to write about though.

Get to the Staples Center. Up to the suite. Walk in. Bar to the right. Dance floor to the left. Tables and seats in front of us. Overlooking the court. Plush surroundings. Nightclub feel. The main thing I noticed was the unreal view. Not the one of the basketball court. The waitresses were ridiculously good looking. As in ‘Holy funk she could be up in the top ten of the best looking girls I have ever seen, in my entire life. Actually, hang on, that girl with the blonde hair is nicer… wait… the girl with the long blonde hair is better still. Sweet mother of God, these are great seats!’ Saying that, the view of the court was pretty slick as well. Still, when you go to a Lakers game and the best view is standing with your back to the game, you know you’re in a good spot. As if we were leaning against a railing in a nightclub. And there was a basketball game going on behind us. Here’s a photo of our exact spot (Google, not my joke efforts!)…

I almost felt rude at times that I didn’t watch more of the game. Let’s call a spade a spade though. As much as I do like basketball, I am by no means a die-hard fan. In the slightest. Still, should probably have watched more than three scores. Or are they goals? Baskets? There we go. I saw three baskets. Swishing. Dropping. Rain. Drain dropping. Dunking. White chocolate. On fire. Where’s Shaq? I was having too much of a laugh bantering with everyone else around our table to give Kobe my full support. Our table was a big old bucket of fun.

Waitress was a good laugh as well. Who had a constant flow of booze coming through. Before your drink was even finished, she had another chunkier one filled up. Looking back at it now, I think I was right at the time. She was definitely trying to get me drunk. And she did a pretty good job of it. As far as the game goes, I know we won. ‘We’ as I well and truly jumped on that Lakers band wagon. We won. Not sure who we were playing though. Or the final score. What I do know, is that by the end of the first quarter about 600 bones worth of booze was gone. Which was pre-tty nuts in my opinion. How many quarters are there in basketball again?

The thing I’ve noticed, and I can see why really, is that when you are out with The Man, people tend to associate and assume, that you yourself might also be the man. Little do they know, I am just a man. If even that. An Irish man. Oh, and I’m a gemini. Geminirish. On top of this, I now have to use a crutch. I don’t know what it is but women love crutches. Love them. Not quite up there with being Irish, but kind of as if you’re a hurt puppy. Straight away girls get an urge to take care of you when they see a crutch. Some good came out of Toe-knee after all, all about the positives!

The reason I tell you all of the above is that I believe this is why I seemed to have a pretty good night with the women in there. As I’ve said before, getting a girl’s number means very little here, but let’s ignore that for this one blogaruu. When they are coming from all angles and from quite hot women, you can’t really complain. Don’t get me wrong, it is all about personality. And I, eh, probably mean that. Especially here in L.A. I’ll explain why another time. Anyways, when it’s too loud to really talk to any of them at the nightclub situation afterwards, it would be rude not to accept their number. To get in touch. Meet up this week. And find out what they are really like. Rude to say no really. There were a few listers in amongst them as well. Not sure where on the list though.

One girl had or has her own reality show. Unfortunately, I think she likes to drink tequila. Not sure if that will work out after my recent bad experience with the drink. Or is it that she might just be a tequila herself? Not sure. Another girl had pretty funky hair. Which started off the conversation I think. Savage. Funk on. At the time I thought she could be a model if she wanted to be. Not a previous model though. Turns out she is a next model? A top one or something. Gibber on. Being honest, I’d say the hottest of the lot was the waitress with long blonde hair. Sweet Lord. Who is connected to last night as a matter of fact. And would be a good way to tie that in now. However, this blogaruu is ploughing on with no end in sight, so time to cut it loose. Good news being, the next blogaruu proves another one of my theories. You’ll be happy to hear, not in a good way for me.

At least I’d say I’ve proved my first point. Events or stories where I had a good night might not be the greatest read. From my point of view though, I enjoyed all those flashbacks. Must get a few of my own photos up. Although I am nay the may west photographer, it must be said. In fact, kind of hilariously bad. Anyways, song on. For Shaq… 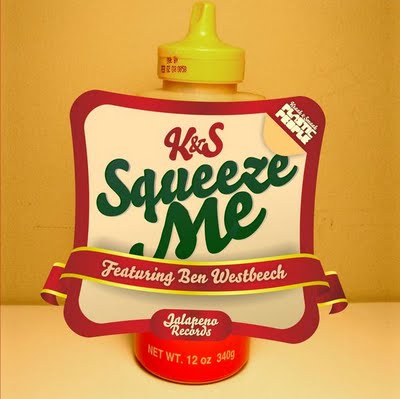