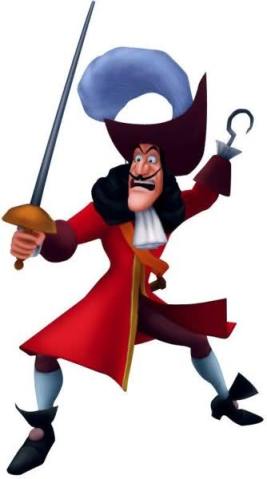 ‘Hey mon… Hey womon… Hey wom-on, come sit on my lap wom-on. I take good care of you my wom-on, OK. You no need to worry about any of that no more my wom-on. You be my white prin-cess…’

Within an hour of landing, I had become a fully fledged Pirate of the Caribbean. (Illegally downloaded a copy of RanDumb from a torrent site. Say nothing.) Within a week of landing, this pirate had been transformed. Adventure. On!

So we land. Get off the jet. And then what? Drive through a pitch black rainforest, past pineapple fields, up to the top of a mountain, to a secluded hidden restaurant that turns out to also be an art gallery, overlooking the island – Check!

My mouth started dribbling just looking at the menu. Uncontrollable lower lip at times. Finest of fresh fish caught that day… That day! Think of how long it normally takes a murdered fish to get from the sea to your plate. Good few days at least. Now imagine the difference in freshness when it’s murdered and eaten that day. Betsy. Mahi-mahi. Beyond mighty. Smokey. Grilled. Spiced. Couldn’t stop oohing and orally orgasming as I ate. (Oddly enough I couldn’t stomach fish until I reached college. Now – shrimp, salmon, octopus, anything – I funking love it. The fish eaten on this trip was by far the best ever to have whet my pallet. Sweet Lord. Melt. Moist. Butter. Beauty. Soft. Succulent. Savage!)

OK. What do we do next night, pirate? Go to a harbour that from a far looked like a City of Ships, big huge masts all lit up making it look like a skyline – Check!

Quite. Fecking. Slick. Took a stroll along the pier before going for food. Espresso martini in hand. Admiring the ridiculous views. Billionaire yachts were in town. Futuristic boats. Sparse. Black. Wooden. Computerised. Saucy. Apparently worth – How many millions?! Sweet Jesus. All belonging to sultans, computer moguls, princes, bankers and – no doubt – authors and a few stand-up comedians too. That’s where the real money is these days, huh?! Patti and Elle were on high-alert for any single yacht owners floating around. Grasp on girls. Billionaire girls club all the way. I, of course, acting as their trustworthy pimp.

Headed to another gem of a restaurant in this harbour. Local hotspot. Place was buzzing. Owner knew The Man. Click of the fingers. Best seats in the house… Here ye go. Duu! Some more fine fresh fish, grouper this time. More drooling. Along with wine of all colours. Try some red? Alright for white? Rosé? Wahey!

OK. Good to far. How about after that? Eh. Spend the next day cruising around the island on a sleek speedboat – Check!

Stag. Hen. Party. Two power yachts. Guys went one way. Girls went the other. Boat filled up with booze and food. Sail around. See the sights. Have a laugh. Get some sun. Get punted up and down by a bad choppy ten minute spell. Apparently the captain only gave it a two out of ten, choppy wise. I would’ve given it a four. Wondered what others on the boat would give it. Then wondered what it is they were thinking about at that very moment. (I’m always curious to know what others in the same place or scenario are thinking about. Say if I’m at the beach or by a pool, I always wonder if the randumb people next to me are having fun or what they’re thinking about. Anyway…) I was thinking about scenes for a TV show. Not sure about the rest of the boat. Chowder was thinking about drink. Drinking without think. Good man. Booze. On!

OK, then what, pirate boy? Eh. Meet up at the other side of the island to watch the sun set? Check! Chowder. Drunk. Falling. Laughing. Stag objective: Done. And. Dumb! The Man and his yacht pulled up alongside both of ours just before the sun set. Everyone toasting champagne. Prancing on. Smiling happy. Mighty buzz all round. Then we raced the girls’ boat back to where we had sailed off from. I remember dangling my legs off the back of our boat as we skipped along. Yacht load of girls to my right, whizzing on. Tropical island to my left, chilling out. Thinking: It’d be some dose to have diarrhea right now. So that was fun. Thankfully I did not. But I did wonder why my brain would throw that into the mix at such a moment.

So that kind of fun stuff was on the menu for each day. Regardless of where we started though, each night ended up in The Dogwatch. Local bar. Locally run. First day that we arrived, I kind of forgot I was on a Caribbean island. Just got off a private jet. Luxury beyond belief. Drove through the shanty town alright. But then our villa was slick. Right on the water. Opened out to our own landing dock for a boat if we liked. Pool to take a dip. Air-con. All that. So I forgot again. But then I strolled in to The Dogwatch. Not modern. Not old. Just worn in, kind of vibe. Pool tables. Pool sharks. Bar. Bathroom. Outside area. Dance floor if needs be. Two locals slow-dancing to local Caribbean music which had a 60’s vibe about it. When I saw them, I realised I was no longer in LA, Toto. Let the rum flow. Caribbean on! (For a small bar in the middle of nowhere, for the rest of the time they played really good house music. As in the place was rocking!)

What I didn’t realise about Antigua is that it’s a Third World country. One with holiday resorts splattered here and there and over there as well too. Beaches everywhere. 365 I think. ‘One for every day of the year.’ Dirt-trails for roads. Pot-holes the size of elephants. Tiny pink and blue houses that look abandoned but actually are homes to a bucket load of people. Buildings made of out tin. Churches. Churches. More churches. Children all impeccably dressed for school. Suspicious locals who aren’t friendly unless you’re buying something. Then the sun sets. Everywhere outside the resorts goes fully pitch black. And you no longer see anything at all. Nada. Pure. Black. Black.

One thing I noticed the first day was lots of small cars puttering around the place. All filled up with local guys. Tiny little Micras or Ladas or Fiestas. Not too sure. But they were everywhere. Just driving around. Bobbing away. All day. No work. Making me wonder what it is they actually get up to? What do they do for fun? Leading me into my ‘Come here my white princess’ accent. See, I arrived on the island with a bevy of good looking girls. (All white on the night.) And when we went to The Dogwatch the local guys would just stand outside the window, looking in. Admiring. Standing. Leaning. Window. Smiling. Standing. Say nothing. Think loads. Stand. Admire. Go home. And. Take care of themselves? Don’t really know. But if I was a girl, I’d have been a bit wary. (Started calling it The Dongwatch as a result. Hilarious!)

Thankfully, I was not a girl. And there appeared to be absolutely zero local women on the island. So I was free from worry of ogling Antiguans. Except maybe from the local transvestite. But I think he/she was just interested in singing karaoke and writhing around on the ground, than bothering any of us guys. So that was nice. And I am rambling. Focus. So why was I here? For a wedding of course! Charlotte and Chowder’s. Whole reason for the trip. Although Antigua was more like a pre-holiday before moving islands to the wedding destination. Get a feel for the tropical climate first and settle in, my wom-on. Sandy white beaches. Beach bars. Sun beaming. Breeze blowing. Perfect tropical island buzz. Clothes off. Shorts on. Free. Dumb!

Mighty week transforming from a pirate to a local (my accent becoming fully acclimatised and all. Went down very well with everyone, as you can imagine). Now. Time for island number two I do believe. Private resort. Secluded. Deserted. Slice of heaven. Oh God. Bar. Bu. Da. Here. We. Dumb…

Time To Dance – The Shoes

Did I mention I have a new book out this week, RANDUMBER? Trailer below…