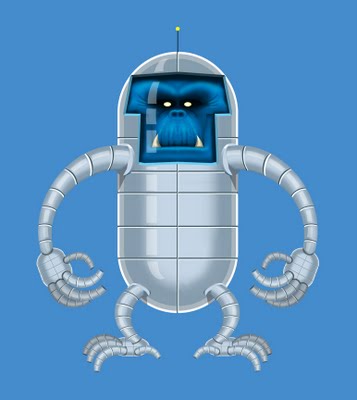 Harking back to school days, I must admit I was a fan of the odd sick day now and again (I’m also a fan of the fact I opened with a hark). Who wasn’t a fan of sick days in school though. Two were even better. If you were sick for three, then you might as well stay out for the full school week if you were that bad. A nice little holiday out of a crippling whooping cough. Come to think of it, I’m sure I missed weeks and weeks one year because of that cough. Maybe that’s where my ability to catch up and cram like a mad woman came from. Digression… hello and goodbye.

I remember the sheen wore off big time in college. Seeing as going to college was more fun than staying at home watching t.v. Even holiday periods seemed to drag during college though. Not too sure if a forced sick day or two is welcomed or not for 9 -5 jobs working for a company? Anyone care to comment and fill me in? What I do know, however, is that when you’re an ape like me, sick days are a bit of a dose. A big time dose in fact.

Motivated part of the brain waving away the thoughts of just resting for the day. Foreman getting pestered by the bum workers. Come on, make the call. You’re the boss. Make the call, boss. You’ve a broken toe. Need to rest. Look at it. Do it boss. Do it. Call in sick! Let’s chill for the day! C’mon boss! (I almost wish I had a boos so I could overload on calling him/her boss all day). Procrastinating side against the motivated corner. Throwing a spanner into the works by trying to go the sensible route. Apparently keeping it elevated is the only cure. Rest. Lie down. Keep your foot up. You’ve broken it once or twice before. Pretty sure that’s all one can do. Google said the same more or less. Makes sense to rest for the day. You are sensible, right?

Worse still, today was a cold, cold day in L.A. Raining as well. Not so great when recommendations are to lie down and rest. Better keep warm as well. You know where’s warm and you could lie down at the same time. I don’t know, where? Plus, pillows are there as well. You could have your foot nicely elevated. Where, tell me?! Bed. Go on. Go back for an hour. Rest up. You can always write there too. Lie down. In bed. You’re sick. Or broken. It’s fine. Your toe is massively swollen. And bright red. Looks like a baboon. With a balloon.

Fighting off the ready-made excuses all day. Seeing as the only person I’d be fooling would be myself. Today was going to be productive! Yesterday could be seen as being a productive day. Still not sure what the day before was. I do know that that tow-me fine has kicked me up a gear. Making me realise that I need to get more income flowing in on a regular basis. Must nail down regular DJ gigs. Which was my mission for today. So needed to get that sorted. Kind of achieved. Kind of not in another sense. Sense being reality. And the one gig I was meant to play tonight was postponed until next week. Partially down to toe. Partially down to a quiet night predicted. I think. Let’s pretend it was my call to rest it. Not that the manager didn’t seem as fussed as she might’ve been if it was going to be a busy night. My call though. Let’s just say that.

The reason I kind of ended up leaning out of playing the gig tonight, was that after playing a long gig yesterday, I wasn’t too confident that another night on my toes was a great call. Weird rainbow style colours are forming. Anyways, yesterday I spent the day down in Newport Beach. Newport being everything you’d imagine if you’ve never been. Really classy, beach place. Might get a bit boring to live there after a while. Good for a summer I’d say. And brimming with really good looking women. The gig was for a fashion event in a Ted Baker store. Which was a good laugh. Besides the toe visibly swelling up every few songs. And a confusion with a cable or two on the loose. All good besides that though. Ted the Baker on!

The store was in a massive shopping centre down there. Or a mall as they do say. As a place to go to kill a few hours before the gig started, a pre-tty good spot. Slightly better than the shopping centre I used to hang around in Cork back in the day. Although not sure if it was as good as the wall we used to sit on every night. Close call. I think it was voted the best mall in America. Not sure exactly it if was just overall best mall. Or something more specific. Like the mall with the best talent. A high percentage of good looking women seem to work in/go to that mall.

One thing I noticed was that a lot of this percentage were wearing black. Not goth black. Just hairdresser style black outfits. Couldn’t figure out if a lot of good looking women happen to wear black? Or if wearing black makes you hotter? If you can fiddle out that riddle, let me know. Another thing I noticed was that a fair few of the older women there seemed to share a similar look as well. Not vacant. Or really expressionless. Just one constant expression maybe. An intense look. Eyes fully opened to the max. All the time. As if they were screaming silently at you. Scream on!

I have a feeling that the pain killers I am taking have fully, fully kicked in. In fact, I think they kicked in a good while back. Made a mix earlier, about an hour and a half long. Great mix. Great too that it didn’t record properly. Mighty stuff. Time well spent. And I’d say my train of thought has been meandering and wandering since the word hark. Hark off. Song on… 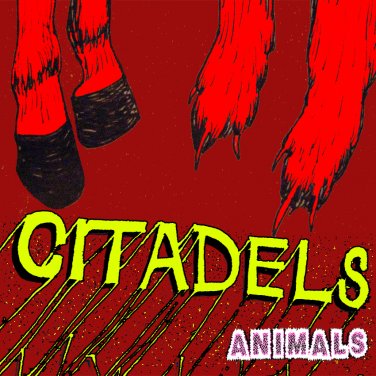 2 thoughts on “My Baboon And His Balloon”