For arguments sake, let’s just imagine that my head is a room. At the moment, it’s bare. Empty. Really empty. Hard to imagine such a thing, with regards to my head, I know, but try. Anyways, all the furniture has been taken out. Except for one chair. In the middle of the room. And one guy, who’s also in the room. Running around. Like a mad man. Naked. Hyper. Riddled with ADD. Spouting out gibberish. Pouring. Wide-eyed. Rambling. Naked fat man. Now and again you can calm him down. Trick him. Get him to sit on the chair. And tell you a story. Starts off. Sounds good. Something catches your eye for a second though, distracts, turn your back for a second, and he’s gone. Jumps up. Runs back around the room. Rattling off about something new. And he won’t finish the story until you can get him to sit down again. And tell it in the way you want him to say it. So getting him to sit and stay in the chair is key. That one spot. Rein him in. Make him talk. And talk. And keep going. Until you have enough out of him and you’ve finished writing your first book.

At least that was the gibberish I told my friend today. When trying to explain why unless there was something I have to do, I won’t be doing anything else bar finish this edit. In case it would take me out of the zone, so to speak. As I had the naked fat man glued to the seat. Talking the way I wanted him to gibber. Although if I had just used the word ‘zone’ earlier, I probably wouldn’t have needed all that other gibberish above. Bit late now. Either way, final stretch. Down to the last couple of ten thousand words. Still a bit, but almost there. Close. I think a lot of it is down to my plan I told ye about the other day. Remember that clever plan? Not-going-to-bed-and-sleeping-just-for-the-sake-of-it plan? Working splendidly well.

Woke up on Monday at about noon, roughly. Stayed up until wee hours of this morning (Wednesday night/Thursday morning). In between. One shiny hour’s worth of sleep. Out of about forty. Sleeping in my chair. A regimented sleep. Quick kip. Otherwise the slumber would’ve been too deep. Oddly, I would’ve thought I’d now be in full on zombie mode. Surprisingly, not too bad. Just look like one. Coffee. Music. Dancing. Maybe not dancing actually. More floating. Lucid. Mind transcending. Odd buzz. Out of it. And in some mighty way, fully into it. Probably not the most healthy of living. But it works. For writing, really well. Everything you meant to say, in the way you want to say it, all come pouring out.

The reason there was only one hour sleep, was that I had to do some day time DJ’igging in the gym. So if I had slept for longer, I didn’t think I was going to wake up in time. And kind of had to do it. Money is money. At least being lucid appears to work even better for DJing. Never had so many compliments. At least that’s what I think they were. Sweaty, flamboyant, prancing men, high fiving and asking ‘Where can we find you? I will come find you’. Even if one or two did say it with too much of a dead pan tone: I will hunt you down and find you. Cheers lads! Wehoooo!!!

Speaking of the gym, it is a funny old place. Take that guy. Dressed all in white. Karate style. Wearing a bandana around his head. Physically looked like David Brent from the Office. Yet was somehow as flexible as a gymnast. Bounding around the gym. Warming up. Doing a few quick punches into the punching bag. Followed by running around the room swirling his neck. Trying to get someone’s attention in there, I assume. Which he did. When he started to do karate style kicks. Straight up in the air. Kicking up. Faster and faster. Until he kicked himself in the head. Broke his own nose. With his own foot. Maybe his shin. Whichever. Wack, crack, gush. Ruined his nice white outfit and his nice pink bandana. Needed to stem the flow. On the upside, he definitely got everyone’s attention. Job. Well. Done.

Kind of did remind me of someone too. Running around my head. All over the place. Hyper. Idiotic. Dumb. Just that the guy in my head is naked. With reason. More fun to think of him like the greasy deaf dude in Family Guy. And he’s full on fat as well. I imagine anyways. My inner fat man waiting to burst out, and all that. Speaking of which. After writing this sleepless gibberish, my plan has worked. Fooled the naked fat man. Now sitting down so I need to shut up and re-write on! 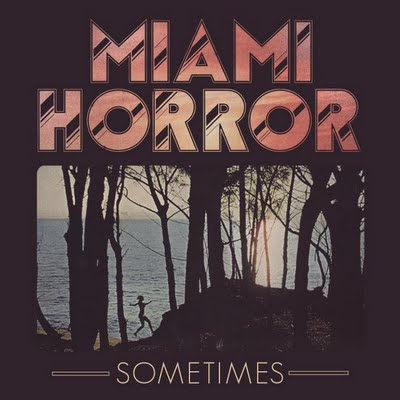