One other downfall that I forgot to mention yesterday, with regards to DJ’ing, is that the day after, I feel highly hungover. Even more so when I don’t drink. Completely wrecked. And end up having the productivity levels of a sleeping goat. Like I did all day today. I’m not going to harp on again about the bewildering aspects of people and their requests. Still though, for it to keep occurring on a nightly basis, has me questioning the average person’s mental state. Then wondering, perhaps, is it my own that is the problem. Not sure where the fault lies.

After overhearing one girl tell her friend that it was her mission to annoy me for the night, the only logical reason that I could think of why so, was that she must’ve read the blog, and thought it would be funny to do it? Why else would a stranger go out of her way to do that? However, after briefly speaking with her, I soon realized that she was definitely not up to the reading level to do so. She was an idiot.

Speaking of idiots, I wrongly let myself feign flattery last night. I’m so feign. Couldn’t resist. Thinking that a girl came up to the DJ booth and told me that I was a “sexy bitch”, I modestly thanked her, told her that she wasn’t too bad herself (she was hot enough) and shrugged it off. Until she looked at me with a bizarre “you’re an idiot” look, and shouted that it was the name of the song she wanted. Oh right. This happened with 3 different girls. With the last two I said thanks, then copped on, and gave them a dumb thumbs up. Very sexy, indeed.

Anyways, after such a fun, yet sober night, I was wrecked today. Brain was having a bit of a me day. Progress on the book? Maybe. In my head. Not that I am actually aware of though. Progress on fine-tuning my stand-up act for Thursday night? Regress, I do believe. Progress on taking note of small, pointless little things. Yes indeed. Such as…

Bumped into a guy who I have not seen for a while. Small talk, all that fun stuff. At one point, he noted that I seemed tired, and sore or injured. The reason for being tired, obviously, was from DJ’ing. The reason I was grimacing, and sore, was from the gym last night. Squats, and all that, make me have delicate leg and butt-ock muscles for a good few days afterwards. I tried to relay this information, in one quick swoop of a sentence, to wrap up the conversation and be on my merry way. However, I think I gave him the wrong impression. Late night. Wrecked. Pumping. Working out. In the gym. Feeling tender today. These were the main points I was trying to make. What I think he got from it, was something about being up all night, getting worked on, by a guy called Jim.

Lets be honest, it was my own fault. I aimed too high, trying to achieve too much with one sentence. Give reasons. Be brief. Be own my way. Achieve 3 things, with one sentence? I can barely walk and text at the same time. Throw in my sleeping goat levels of quickness. Bob Hope. The thing is as well, that at the very least, this guy swings both ways. Free loving, the more the merrier, we’re all beautiful human beings, kind of buzz. After mumbling out some line about a sore butt-ock after Jim, he must’ve thought he was speaking with a kindred spirit. I am basing that on the fact that the tone of his voice went up a notch, a twinkle appeared in his eye, and he asked for my number, so we could meet up while I was back. Mostly though, I am basing it on the fact that he tried to tickle me.

So that was fun. Fun stuff. I like the impression I leave on people at times. Another fun thing that happened, was hugging someone with my ear. A girl I met briefly, talking away to her and someone else. For some reason she said “Ok, so”, then said my name, and started leaning towards me. I presumed she wanted to tell me something, or whisper a joke into my ear. Perhaps tell me a fact of some sort. Who was to know?! Thinking this, I leant back towards her, ear first, hands down by my side, leaning in with anticipation.

Until she just hugged me, and said “Goodbye so, see you later” while hugging me. Only then, as my ear was pressed up against her head, my hands dangling by my side still, did it slowly dawn on me that she was simply saying goodbye. Not, as I thought, that she wanted to tell me something. As I was processing all this at the time, slowly processing, I made no attempt to hug back, or move my arms. This might have thrown her off in return. I don’t think she knew what was going on. I certainly had no clear idea what was going on, and there was a nice little moment of awkwardness in the air. A glance of unknown. Which was fun, ha.

After all that gibber dish, I do have some wunderbar news to finish up on. Actual, definitive, good news too. Sleeping goats can have spurts of productivity it seems! Today, I found out, that my visa is a definite go. 100%. Thunderbirds are getting the call. L-Hey, we shall dance again soon enough. No more spurts of 3 months either. A delightful 5 year visa. High five!!! Wuu.

To think I can get 8 paragraphs out of nonsense, and only one paragraph out of proper, newsworthy information.  Makes sense. Songs on. Two that you don’t really have to use much of your brain to listen to…

Blue Skies – Noah And The Whale 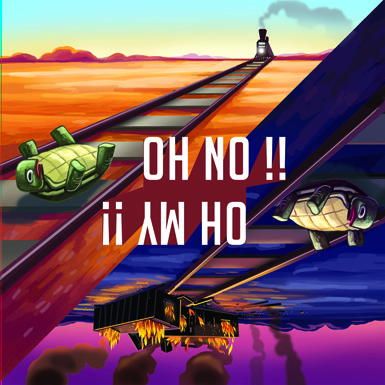