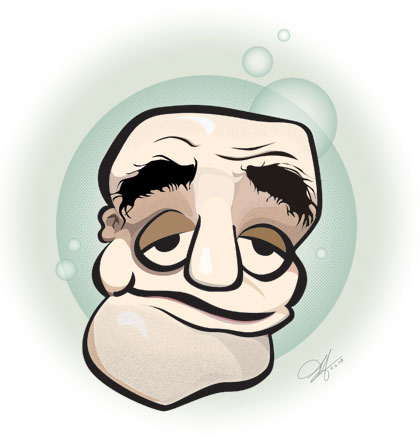 Last night I DJ’ed at what can perhaps be described as the equivalent of a parochial church gig. In fact, that is how one person described the size of the crowd to me. For the first hour at least, dead enough, but it suited my hangover and splitting headache, so I didn’t really mind. Eventually it got busy. And, for a change, there were a few good looking women requesting songs throughout the night. Who didn’t reek of fake tan and sweat. So that was nice. For a change. By the end of the night, I was dying to go home and sleep. However, after getting home at about 2.3o, I ended up staying up until 5. Why? To write yesterday’s blogaruu. Like a zombie, typing away. More like a clown really. Eventually went to sleep. And then woke back up, to edit another piece of writing I did. In the end, by the time I woke up this morning (stretching the limits of what counts as morning to be honest) I was probably more tired than when I went to sleep.

My actions have annoyed me. Trying to figure out why I would actually be so stupid. Why would I just not go to sleep? Not a clue. To tired to figure out why. Just stuck with the answer of you’re a chump. Choosing to attempt to do two non-essential things last night, when I really should have been sleeping. So tired then all day, that at one stage I forgot to breath (held my breath in the gym, forgot to exhale, good laugh) and forgot how to walk (again, gym related, dodgy stairs after doing squats). Just dumb. And the reason why it is all so dumb, is that I have a deadline for this week. First chapter of the book has to be handed in. Instead, I am choosing to tire myself out by being an ape.

Weirdly, even though I was so tired that I was forgetting basic functions like breathing and walking, I somehow managed to make good progress on the book again today. On track for the deadline. I can’t really figure it out. Probably better off not, just go with whatever flow seems to be flowing along. Still though, time to wake up. Prioritize. As a buddy mentioned to me the other night, no more bluffing. Time to deliver. The goods. The goods being a chapter. Which is hopefully good. See, if I try to make logic out of certain things, it just turns into a nice bowl of gibberish.

There is another reason that I need to wake up and cop on. Between you and me, I am aiming to head back to L.A pretty soon. Certain things still are not in place, however, so not entirely sure yet when exactly I will be going back. Might be a week from Wednesday, could be two. To save me hassle, lets say a month. Either way, I need to figure out some vague sort of plan for myself. No more headless chicken over in L.A. Not fully anyways. 5 year visa, so it could be a lengthy trip. Need to get things sorted and lined up. A goal without a plan is just a wish!!! With that in mind, time to wrap up. That’s what she said. I need my sleep. She also said that. Oh sweet Jesus, I definitely do need my sleep after those two efforts.

Anyways, I needed that blogaruu as a reminder to cop the funk on. A bit of self motivation. In case you were wondering. Probably not. Here are a couple of songs to distract from the great point I was trying to make…

Get Ready – The Agitator