Be honest, how often do you bathe yourself? Not shower, but actually take a bath? Hardly ever, I presume. A few people might insist that they regularly have baths, as they are so relaxing and so great. Granted, they are relaxing (ish). And great (boring). But sure you do. Sure. (Now that I think of it, has anyone ever emphatically made the point to you, that they regularly have baths? I have, oddly. It was strange. As if she wanted me to know that she was above showering. She loved baths. Took them all the time. She really was that creative and care-free. Some sort of a plus. Ah, you’re a bath person. That’s cool. You’re cool.) On average, I would say most people have one bath a year. With good reason too. Showers are way more convenient.

On Friday, my phone decided to join the rest of the country, and go on the dole. No clue as to why, but it was no longer working. Fooling me in the process. Appearance wise, it looked the same as ever. Working away fine. However, just not receiving calls or texts. Or actually sending my texts. Just looking like they had sent. That kind of fun. It was now purely an ornament. Anyways, yesterday I told a girl that my phone broke. I had no phone. Disaster. First thing she said was… “Aww, I actually like when that happens, gives me time to myself”.  Didn’t really register initially at all with me. Then, in the evening, another girl more or less said the same thing. This time it clicked. You like when your phone breaks? “Yeah, well, you know, if you leave it at home by mistake for the day. It’s better than having the phone. One less thing to annoy me.”

For some pointless reason, these pointless comments stuck in my head. Why, I don’t know. I had no phone to distract me at the time perhaps. Fair enough if you never ever use a mobile/cell phone. That’s a different story. However, as a phone user, I thought it was universally seen as a bad thing if your phone was to break? Were these two girls right? Is it actually maybe good having no phone for a while? One less distraction, one less thing to inconvenience me? Are baths better than showers?!

Friday, I missed a delivery to my house, as the delivery man needed directions, and couldn’t get through to my phone. The same day, I also missed out on a DJ gig, as the person ringing me to see if I wanted to play, couldn’t get through to me on my phone. No phone. No gig. No delivery. No doubt, these girls were idiots. Or, liked to say idiotic things. If you want peace, turn off your phone. Instead of pretending that having no phone is a good thing. Is calling them idiots a bit harsh? In their defence, they might have just being saying stuff for the sake of saying it. Which, would actually make them bigger idiots. Look, lets just say we’re all idiots, and leave it at that.

Speaking of which, today I realized that one of my favourite things about a phone, is the sent item function. Useful to know exactly what texts you sent. The best way to really give a clearer idea of a night, for example, when drink might have clouded certain areas. This morning, I groggily woke up, to find out that the substitute phone which I am using at the moment, actually has no sent item function. Ok, no big deal. Well, until I saw my inbox was brimming with weird, non-sensical texts from random people. Who I think I met? Contacted? Bumped into? I have no clue. Too many to try and ask them all the backstory behind them. One-off texts which don’t really mean anything, or have one word that makes them slightly odd… “In the top” – “Away from there” – “I have your keys. And your bag.” What keys? Whose bag? Where’s there? In the top of what? Why not on the top? While I’m at it, who was ringing me from Portugal (+351)? Most of all, I want to know, did I really meet a girl whose actual name was “hot lips”? And is the number 08905 an actual real number for her? Better send it one last text, just to be certain either way.

The great George Costanza once said “It’s not a lie if you believe it.” I think I will go with the line “Did it really happen if you can’t remember it.” I shall pretend that it’s better off that I don’t know the full story. Good, bad or indifferent. Who cares. Just nod away and give vague answers if I bump into these people again. Better off like that. Blatantly a lie. Obviously prefer to know what really happened. As opposed to the dreaded unknown area. However, without my sent items, I will just never fully know. No point in trying to figure it out anymore. Instead, I am going to go, have a bath. Which is finally ready. After only taking half an hour to fill up. Along with four helping hands from my kettle. Waaay better than a shower!

Two songs of this hungover day. Perhaps the first song is the inspiration for a certain name. And the other is just a good song. Bath on! 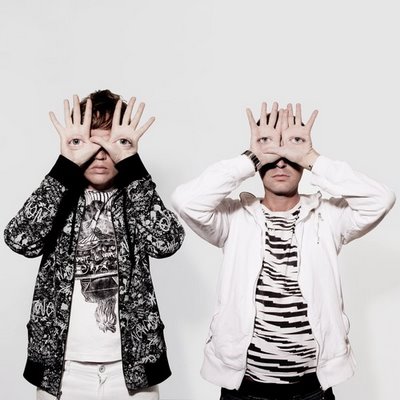 No Sex For Ben – The Rapture