Seeing as some folk complained that they didn’t know when the debut was last week (spoof), I will start off with a plug. If anyone is in Dublin tomorrow night (tonight? Thursday, the 2nd) round 2 of stand-up in Ireland is going ahead in Temple Bar, the more hecklers the merrier! I can’t believe I’ve just advertised on the blog, I have well and truly sold out. How much did I get paid for that? Back to the blogaruu…

Have you ever been introduced to someone, who you already kind of know, but was never properly introduced to them? Sober anyways. And you know that they don’t like you. As in numerous people might have told you, how much that person went on about your immense downfalls or shortcomings, over and over again at a party one night, that kind of thing. And you probably don’t have time for that person either, seeing as they bothered to bitch about you, without ever even speaking to them. However, the person who is introducing, is completely oblivious to all this. Then the third party slowly starts to get a vibe, as it finally dawns on them, that X does not seem to like you, and you don’t seem to be too open to X in return. The great, awkward “Oh, do ye know each other already? Have ye met before” moment kicks in. And the fun is had. No? Me neither.

Have you ever had to catch a train to Dublin at 8.30, but decided to first jump in the shower at about 8.04. With the train station about a 15 minute drive at least, depending on traffic. And leaving any bit of packing to be done, until after the shower? Then wonder why you bothered? Nope? Me neither.

Have you ever then, to make matters worse, actually spent the whole entire train trip making out a demo mix, which you have actually been asked for a while back, and asked again today, by a promoter of a brand new club in L.A. Could be a big break. And you are on fire! One of the greatest D.J’ing performances, known to mankind, is occurring on a train from Cork to Dublin. You will proudly show off your mixing and remixing talent, with this 2 hour mix that you have just performed, and recorded, on the mostly empty section of the train. Until, of course, you realize, whoops, must not have recorded that actually. You are certain that you did, better check again… no, didn’t work for some reason. The job. Anyone? Me neither.

Have you ever made out a highly important to-do list. Vital stuff on the list, in order of priority, buckle down and have to get through it before the weekend, must make this week count. Then, you realize that you have actually put at number 2 on that list, prioritizing it as the 2nd most important thing you need to do, is to buy a pen. Even though you are writing the list with a pen, and have a handful in your bag, you really need this special type of pen, or else you can’t move on to number 3 on the list. Nay? Me nayther.

Final one, have you ever woke up to rain absolutely bucketing down outside your window? Skies are grey, horrendous looking day, it is a bad start. From that alone, if you were to predict what the rest of it may be like, you would think “bleak”. Then, within 5 minutes, or however long it might take you to read a text and check your emails, it immediately turns into the best day all week. By far. So far, anyways. All those annoying things that you were impatiently waiting on all day Monday, started to trickle back your way, all with good news. Good as in progress was still being made, baby steps and all. Yeah? Me too! Today! Pretty weird.

I lied, one last one… Have you thought to yourself “I am fairly tired. Very in fact. I know, I’ll do a blogaruu based around the game – Have you ever? – and it’ll actually be a good one. Yeah, that sounds like a plan” Then, after you type it all up, you realize, eh, maybe that was a horrendous idea? Maybe that did no go as well as you planned. Perhaps you should’ve slept on the train, instead of not recording a great mix? Em, not fully sure, but I think I may have definitely done that one too. Does not bode well for stand-up tomorrow night!

New songs a plenty, here is just one… 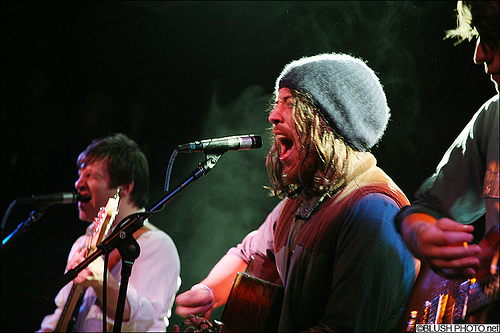