On paper, these 3 things sound good. It was hot today. Good laugh out in Dubla last night. The train back to Cork was full of women. 3 positives. You would think. However, combine a factor from each, and it actually turns fairly sour. 3 hours stewing in the potent, combined smell of sweat and fake tan, on a train, while hungover to the gills, is not the greatest way to spend a Saturday afternoon. But, can’t complain. I got an opening paragraph out of it at least.

Unfortunately, like a text I tried to send earlier, that paragraph took me at least 20 minutes to write. It has been a slow, dumb day. The text was at least 4 times the length of that paragraph as well, one of those horrendously rambling texts I enjoy sending, every now and again. Every 5 minutes or so. In the end, I had to delete it all, due to the complete lack of sense it even came close to making, and just sent “Yes”. Which I have yet to receive a reply back from. No wonder my Dublin jinx, in a certain area, powers on.

Thursday night was looking so promising as well. Well, in the sense that a quite tasty lady, for whatever reason (drink?), was laughing at all my joke. Make that plural actually, if you count the fact I now tell the same one in Arabic. Until, that is, she broke into tears. Sad tears too. Not really the kind of reaction one hopes for. I suppose its a reaction at least. In an effort to make her feel better, and so she would stop thinking it was weird that she started crying in a crowded bar, I started to join in with her. I can now spring tears it appears. At least the acting classes in L.A have paid off in one way, well worth the money I didn’t have to pay. She appreciated the gesture, then probably found it weird. And then went to the bathroom. I didn’t wait around that long for her to come back. 17 minutes flies by on your own. (Tears? Seriously? How did I actually think that might’ve went well?)

Last night was completely different, you’ll be glad to hear. The interesting offers were flying in. Two tempting 3-some offers. Very tempting. Except the fact that neither were the good kind which one dreams of. One was a joke, I think, from a buddy and his lady friend. A joke. Definitely. I think. While the other, was from some random dude I met at the bar , waiting to order a drink. Who asked me would I be up for it, the other people involved being him, and my buddy. The same one who was with his lady friend. She got the chop it seemed. I politely declined his offer, and pretended to accept the drink he bought me. Don’t worry, I made sure to swap it for the one he bought for himself. Weird enough that I saw the 3 of them getting a taxi together afterwards.

Seeing as the stand-up was recorded this week, I am aware of how it went. The reaction to me doing stand-up last week was… “Are you serious? You’re joking?” before I went up, and “Well done, good boy, here’s a biscuit, fair play” when I came off stage. This week, the reaction was… “Are you sure? Do you want to do it again?” and then “Well, its done, better than last week.” Ha, progress in my eyes, practice makes perfect, can’t beat awkward silences and bombing. Once again the funniest part of the night, for me, was hunting down the organiser to get paid. I was literally chasing him through the bar, in one door, out the other, down one stairs, up the other, finally catching him, out of breath, in the men’s bathroom. And, catching him out when he claimed he couldn’t pay me more than last week, seeing as he only had €100 notes(?), he had no change. That works for me, the less change you pay me with, the better. My fee is steadily rising!

Other meetings in Dublin went well. It seems. I think. Then again, who knows. Not one to jump the gun. I am unaware, it seems, when it comes to the big things. Thankfully, for my own sanity, I have found myself becoming more aware of the smaller things. I now work in tandem with my shadow to determine when I might need a haircut. Not a mirror. But my shadow. Isn’t that great work by me?! My priorities are really in order. A slow, dumb, dumb day. Half thinking of going the text route. A “Yes” blogaruu would make far more sense.

Still not sure if I even like this song too much, but, anyways, Yes. 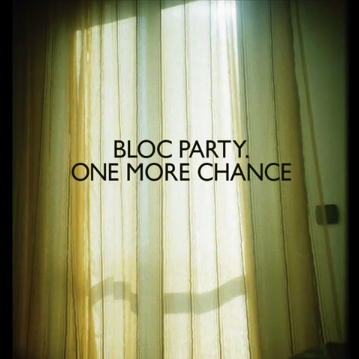