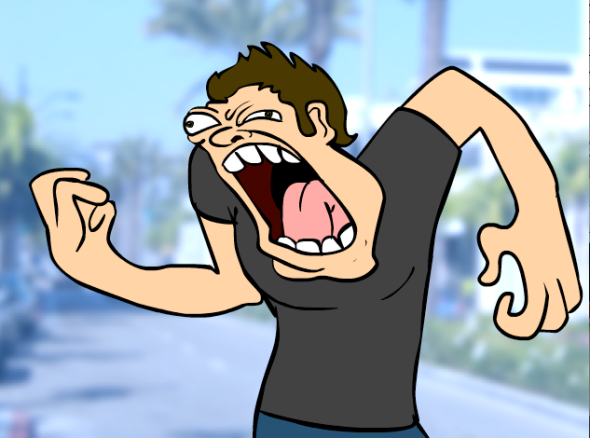 In Love, Not Limbo – Of Oceans

Usually, around this time of year, you might hear the following conversation…

Brida –
Seamas –
How orr you?
Era shur…
Gearing up for the holidays?
Era shur…
Ah to be sure?
Era shur.
Divil a bit, divil a bit.

So usually you would hear that conversation an awful lot. However. Not the case in L.A. Two reasons: 1. It is not a village in Ireland. And 2. People in LA don’t gear up for the holidays. In fact, they actually gear down. The whole place does. Slow motion button pressed. Like robots shutting down for a nap. Numerous times this week I’ve been that told “from Thanksgiving to Christmas Day the place is dead. Nothing happens now until January”. Ok. Good to hear that the whole city runs on the TV/movie studios’ clock. Kind of odd. But you can definitely feel it. Everyone goes home. Next few weeks seen as gaps of empty space. You can even feel the restlessness amongst the people. All very unsettled. Bubbling. About to freak out? What to do now until then? Hmmm… ? Thankfully, this couldn’t come at a better time for me. Instead of doing things, I can get things done. Giddy up! Productive on. Pre-tty pointless observation off.

… Is what I intended on saying. Until my laptop just froze, crashed, burned and took the podcast I just gibbered out down with it. Which is just f*!&!*z wonderful. Balls. Tut. My bad. I think I shall wait until the morning to re-do it too. Unless you want an angry chapter with me screaming down the microphone like the photo above? Instead. How aboot a mighty clip of stand-up?! Wuu… And while you watch that, I shall go scream at myself in a mirror. Enjoy!!!