On Saturday, two things of note occurred. First, unfortunately I had to go to a funeral. However, it was honestly one of the more upbeat funerals I have been to. At the end everyone in the congregation sang a song, When Irish Eyes Are Smiling. Initially I tried to play the cool card, and not sing. Instead shrugging my shoulders to say I would if I could but I don’t know the words. However, a kind lady next to me gave me a sheet with the lyrics. Then looked at me until I actually started to sing along, and not just mime the words. So sing on I did.

While taking pointers from the priest’s sermon technique for my own stand-up act, one good bit of advice stood out for me. The priest was quoting a Spanish writer I think, and mentioned something along the lines of… “You will not be remembered for your secret thoughts. Go out and do it.” I might have added on the second part, not too sure. Still though, I thought it was good. Instead of thinking about X, Y and Z all the time, yet just doing A, B or C, do those things you have in your head. Don’t hold back. You will be remembered for your actions, kind of thing.

After the funeral, I decided to go to le gym. Saturday afternoon, nice and quiet in there, happy days. Well, just one other person in there it seemed. Not so happy after all. You might remember a few blogaruus back, I mentioned a weird Polish dude who I thought was chatting me up in there before. Couldn’t be sure, but it was bizarre, asking me for my number, and looking to meet up. Well, he was the only other dude in the gym with me on Saturday. And, I was wrong, turns out that he is, in fact, Hungarian, my bad. However, my other first impressions were correct. Bit of a nut. Might also be a stalker. Not too sure.

I was told before that when doing improv, always say yes to any question you are asked, to keep the scene flowing. I would recommend that if you are ever talking to someone who you suspect might be a nutter, always answer no to whatever they ask you. Unless you want to see what happens. Stupidly, I made the mistake of answering yes to… “Are you going out tonight?” Eh, yeah, I’d say so. “Where? Me too, we should meet. I am fun to go out with.” Ok. Em, I am actually working, now that I think about it. “Are you DJ’ing the music? I will come listen to you. Maybe, I will dance as well.” Not too sure yet where I am working, I’ll let you know, I’ll talk to you later on. “Ok, give me your number, and I will ring you.” I’ve no phone. “Everyone has a phone.” I meant, I have no Irish phone, I’m using my American one. “Ok, give me that number later on, we can dance.”

Trying to move on, I stuck my iPod back on. This did not deter him from the pointless chat. Not in the slightest. No matter how many times I pointed at the earphones, he kept on asking me oddly phrased questions. What was my favourite top song? What song did I not like at all? The last CD I bought? Could I make a mixed CD for him? And one for his friend. And another one for a girl he lives with. 3 CDs in total. No problem buddy! He would write out a list of 10 to 30 songs, and I could just put them together for him. When he asked about a CD initially, I actually said yeah, cool, ok, leave me be so, just to be polite and try to appease him so he’d leave me alone. The 30 song request and the way he looked like he thought I would do it, made me tell him to just do it himself. This led to him launching into how the police would catch him downloading the songs, and send him home to Hungary. It had happened to his friend. Sure it did.

At this stage, I told him I was going over to the other side of the room, gym was closing soon, must plough on. “What are you working out today?” I don’t know, my upper left shoulder blade perhaps. “Me too, I will join you.” Actually, I’m going to do my Achilles heels altogether. “You can show me what to do, I need to work them out as well.” Have you ever had a weird dude sitting next to you, staring at you in the mirror in front of both of ye, while working out? Strangely, there is an up-side. It is the best motivation ever. You fly through stuff, just so you can get it over with, and get the funk away from him as quickly as possible. It was a weirder than average staring technique too. Shoulders slumped, head drooped down, yet looking up at me. Just bizarre. God only knows what secret thoughts he was thinking, especially when he would give me a weird smirk every now and again.

After racing through all the shoulder blade and Achilles exercises I could think of, Boris conveniently gave me a window of opportunity to bunk, by telling me he was going to get his phone, so he could take down my American number. Cool Bor, I’ll be here. He disappeared around the corner, I headed for the exit. Stupidly, I didn’t drive away straight off though when I got into my car. Replied to a text, made a quick call. Then, I started to drive home. As I was pulling out of the car park, I happened to notice the guy in the car behind me, head drooped down, shoulders hunched, cap pulled down. Was that Boris? Looks like Boris. Oh Jesus. Decided to take the long scenic route home. Just in case. The car followed me along the same route. Oh Jesus.

Being honest, I couldn’t actually be fully sure if it was him or not. Still though, better safe than sorry. Did I drive past the turn for my house as a precaution? Obviously. Did I then go around the roundabout by my house twice, to confuse whoever it was? Obviously. It worked. Short term anyways. That stare did look a bit psychotic. Might make out that 30 song mixed CD, just in case. Better safe than sorry. Probably too early to call him a stalker as well. At least a bit of randomness is back in town, wuu huu. 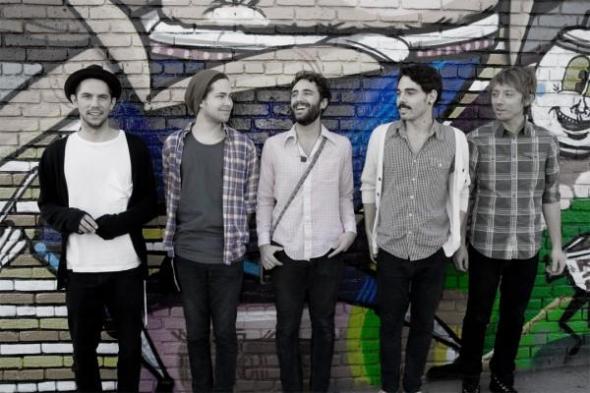