On a random note, people should really read more books. If not now, then maybe in a few months time perhaps. Blogs make you interesting, while books make you smart. I read that recently in a blog, by the way. Books are cool. Especially, entertaining books about gibberish. Also, on another separate random note, if doctors use Dr. and priests use Fr. in front of their names, in my opinion, authors should really start to use Ar. in front of their names. Just a thought.

Anyways, I had planned on doing a vlog to reveal the news which I got today. However, my laptop’s memory is almost full, so that plan must be put on ice. The tiredness levels are also high after my trip. I had to get up pretty early, and head to Dublin for a meeting. An hour max, more like 45 minutes, in Dublin. Then straight back home to good old Cork. However, the round-trip was well worth it! This is where I break the bad news. Bad news, seeing as it is actually good news, which in the past has proven to not be half as entertaining. Although, off the top of my head, has there ever actually been substantial, definitive good news?! More like little steps of progress. Which have all led me to today. Step 2 in my plan. Which is… I am dragging this out far too much… dun dun dun… I have a book deal!!! Wuu huu!

A few weeks back I met with, whom I can now call my, publishers, about writing a book. I am not too sure if I mentioned that in the blog at the time. Probably seeing as, in one way, meetings do mean something, I suppose, but at the same time they mean little until whatever it is, is definite. Take my meetings with RTE, for example. Anyways, that was a few weeks back. Today the details for the book deal were ironed out and the arrangement was finalized. 10 books, $1.5 million sign on fee, and a movie deal in the pipeline. Good deal, I think. It is amazing how knowledgeable and adept Mahalo and Google can make you appear! Now I can sit back and relax. I have made it. My work here is done. I joke. Especially seeing as I still have to actually finish the book.

I wont lie, hearing plans for your own book, is funking cool. Still a bit off, but talking about the cover, the title, the artwork, mock-ups, tying up the story arcs, the foreword, the marketing, the promotions, the book, your book, my book, is cool. Book fairs, the different regions and countries to launch the book in, prequels, sequels, trilogies, plus, obviously, the groupies that come with a book, and the invites to the Playboy mansion which should start flooding in my door any day now. If you ever want to see a publisher shift nervously in their seat, mention their favourite word… Advance! I presume as well that the royalties will be the equivalent of a number 1 Christmas song, “Fairy Tale of New York” kind of thing. Dan Brown just rang to congratulate me. I could tell he was freaked with the new competition though. I presume as well that this automatically makes J.K Rowling my new best friend? Obviously.

In case you are wondering, the 2 main things people have said to me when I told them the good news, are… 1 – “How much do you get paid?” Very surprising question, especially from Irish people. It is common knowledge that you write a book to get rich, quick. And, number 2 – “Put me in the book. Seriously, just mention my name once, somewhere.” Even a buddy, who I suspect might never had read the blog, has rang me 3 times already with that request. At least to put him in the appendix. A final weird comment I got, was being asked if it was going to be a hardback or softback book? When I told them I had no clue, didn’t even think of it at this stage, they just tutted, and said if it wasn’t a hardback, must not really be that good. So true. Tut.

All jokes aside, the best part of the book deal, is having physical evidence of progress. From now on when people ask “Who are you? What have you done?” I can at least say, I’m the idiot who wrote this international best seller. This will at least spur me on for another good while, baby steps are being made! Plus, it raises the profile. Bouncing ball kind of thing. Already talks were had about other avenues to explore, in preparation for the book release (clear your spring schedule). Overall, it was a good day. I now have two things to occupy my mind for the next few months. What will be the first sentence and the last sentence. Not sure why, ha, but thats what I thought about on the way home. Pressure is on!

Two songs, first one just came on my iTunes and haven’t heard it in a while… 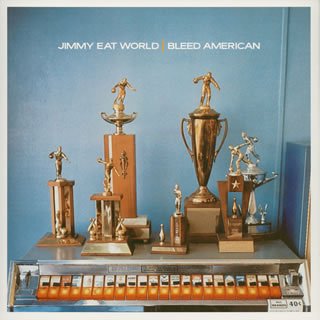 Second is one a buddy has flogged to me a few times, and it is pretty class in fairness…