I’ll try to keep this short. I am getting a burst of writing, so I need to channel it towards a script, the blogaruu might have to take a backseat tonight it seems! Like a jilted lover, I hope it wont feel too neglected. Speaking of which, I think I may know what it feels like to be in a one of those relationships where the blonde, bimbo stripper marries a rich old man, hoping he will croak quickly so that she can enjoy his money. Kind of. In the worst comparative way ever. Anyways, it is good to try out what that must be like I suppose. To help me with my decision, in case any old rich woman ever offers me like wise.

For a girl in that situation, call her either Anna or Nicole, this is how I would imagine our current situations being a tad similar. Lets say her original plan did not go as she might initially have hoped and the old man hangs around for longer than expected. I imagine when she realizes this, time must stop in front of her and gloat. Ha, time will say, looks like you’ve to stick with him longer than expected. Not so clever now, huh. Taunting her that she will just have to live with her situation, and wait until he croaks. Make the most of it, keep fit in the gym, do bits here and there to stay busy. Can’t have it all her own way, but when she is living it up and blowing his money, she can look back and smile at those boring times. Eh, which is similar, if not identical to me killing time and trying to be productive while I wait to hear back about my visa. World’s worst comparison? Quite possibly. Although I do have faith that I could easily do worse.

Today I tried to be proactive, and start lining up DJ gigs in Dublin for myself before I go back up for a bit of stand-up. Practice and an influx of money are always handy. However, knowing where to start when you don’t really know the scene in a city is a hurdle. Similar to the acting side of things here I suppose. If I knew promoters or bar/club owners in Dublin I could work some DJ charm there. Seeing as I don’t really know any, I decided to do what at the time seemed like a very productive idea. I emailed a few different venues, along with a demo sample, seeing if they needed anyone for a night or two. Similar, I imagine, to what a few dumb, bimbos might have done if they were to get proactive in their hunt for a rich old man to marry.

Never, ever, ever, have I ever heard of someone getting a DJ job, from their credentials in an email, ha. “Hi, I DJ, I think I’m great, you will too, any chance of a night or two? Here’s a link to a demo. Cheers.” Pretty appealing offer, I think you will agree. Honestly, a dumb bimbo would have a better chance of getting herself a rich husband, by sending out an email “Hi, I’m me, here’s a photo, hope you’re rich, any chance of marriage? Thanks” than I would with mine. Unfortunately, at the time, I was imagining people working in bars and clubs all over Dublin, would stop whatever it was they were doing, throw down their work tools, and just start to dance to my demo when it started to play. Screaming at whoever it was that read my email that I had to be hired for a few nights!!! Seemed like a logic reaction to me at the time. That was until about a minute after I sent the batch of emails. Then I quickly realized I wasted too much time on that fruitless activity.

Although, one place did reply saying that they were booked out, but would be in touch if anything came up. Maybe not so dumb after all. Which doesn’t really make any sense, as I still didn’t get any joy. It has just occurred where I got the idea perhaps. Thinking back, I remember talking to a DJ from San Francisco, who is a really good DJ (like myself, I hear you think, thanks) who was asking me if I knew any venues in Dublin that might be interested in having him play, as he was doing a tour of Europe, and Ireland was not on the list for some reason. Seeing as he really wanted to check Ireland out, being 1/17th Irish himself, he emailed a few bars & clubs, but didn’t get any replies. What a chump. Wait until I tell him I at least got one reply.

I did well with keeping it short. I couldn’t jilt the blog. At least it kept me busy for a while longer than I anticipated. I’ll mark that time off on the calendar, every minute counts.

Give A Little Bit – Supertramp

And a song for the cougars… 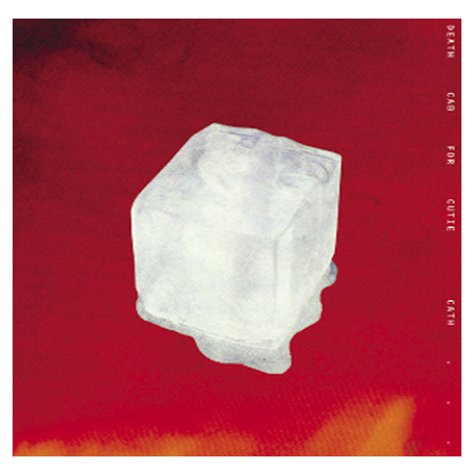