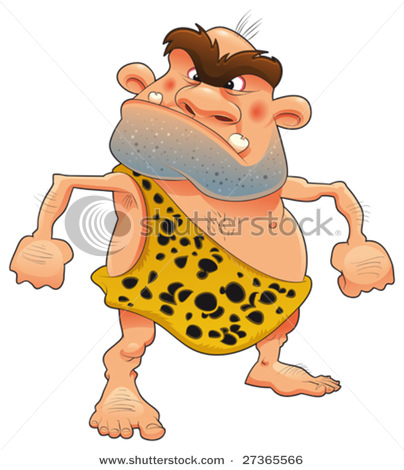 Just to be clear: Here is a dumb diddle daddle on how the dumb diddle daddle. Seriously. Alright. You’re smart. We know this. You’re quite aware of the fact that there’s a lot of dumbness floating aboot the air. Out there. Real world. Daily life. Every single day. Every single way. All could and should be so simple. Instead. Dumbness everywhere. Thing is though, far worse than dumb. Come back to that. First off… Want to hear what being hit by cars, ridiculously hot girls, frogs, ferns, mosses, mongolian, yachts in the sky, poolside murders, petrol, buckets, idiots and much more, all have in common?! Yes? No? Decide… Read on! Gibber dish is once again overflowing. Blogaruus building up. Threads getting thinner. Incoherent mess. Horse on before all is forgotten! Di-daddle on!

Russian taxi drivers really do their best for me to dislike. Not a fan. Run-ins galore. Dumbness, everywhere. Take last Sunday. When I was hit by that car. Hurrying along to a daytime DJig. Late Saturday night. Moving at lethargic speeds. Time zipping by at double pace. Oh Jesus. It’s almost 5 already?! Scuttling on, walking along. Making good time. Almost there. One last small one-way road to go. Zebra crossing. Danger zone. Car coming. Wait, let it slide by. Come on taxi, hurry up. Oh, he’s slowing down. Almost stopped fully now. Cheers buddy! Across the road I go. Chicken on. Eyes on the prize. Being on time. Also on a quite good looking girl going to the same bar. Until out of nowhere… Bang! Taaaxiiiii… Hit me. Bang! Car to the hip. What the funk?! Ow.

Bumped, into the hip. Jumped, out of the way. Thankfully my bag took most of the brunt. My bag, with all my DJig gear. Mighty. Hello loose broken knobs on my mixer. Cheers buddy. Anyways, at first, startled. At second, see the look on the cabman’s face. Oh shhh… Thinking… ‘Should I put the boot down?! Tear off?! Or, should I…’ Taxi man starts shouting at me in Russian. Screaming. Nonchalantly. At me. Ever happen to you? Being screamed at in Russian after they just hit you with their taxi? Ridiculously annoying. What what?! Why are you shouting at me? Obviously only one thing to do… Shout back like a caveman. Series of indeciperable hubbullas. Noise. Actual gibberish. Seeing as that’s what he sounded like to me. Fight dumb with dumb. Actually. That’s just dumb. Don’t.

Caveman. Russian. Back. Forth. Funk. No time for this. Going nowhere. Need to start playing music. Scuttle into the bar in time. Only when I was setting up my gear, feeling my hip bone and twiddling my broken knobs, did I realise what maybe had happened… Ape man was not actually slowing down to stop at the zebra crossing. Merely slowing down to check out the hot girl. Driving slowly alongside her, as she strutted along. Ape head faced at her. Never even saw me. Although in fairness to the cab ape, she was ridiculously good looking. Came up while I was twiddling my knobs. Asked if I was ok. Nay too shabby. And then we had a pleasant conversation all about dissecting frogs. How ferns mate. Spoke at length about moss. And just as I was about to tell her all about seaweed’s reproduction glands, she had to go. Quickly. Quite surprising. Biology gibber isn’t the greatest small talk? Did I ever tell you I’m smooth?! Moving on…

Russian cab men. Done and dumb. Although you know what, we can all be a bit dumb. Thankfully it usually doesn’t mean the end of the world. All that kind of dumb is ok in my book. Dumb is usually ok. Harmless dumb. Harmless fun. What you need to look out for, are idiots. The loose thread trying to tie all this together: Idiots. And the need to cut them loose. Cull on. Dealt with a fair few last week. Go on the abuse mail! Although that’s not even that bad. Kind of funny. Just idiotic. Also a flurry of people who you barely even know, telling you how you’ve changed. You used to be this or that. Now you’ve changed. Thank you. Those kind of annoying idiots. More just annoying. Not the worst type of idiot.

Worst kind are those who try to feed you poisoned apples. Apes and their apples. The ones you need to cut loose. Particularly when you know them. Posion laced conversations. Hi, how’s it going, ah stop, you’re not, why bother, you’re crap, and so on. Negative. Snipe. Bitter. Poison. All wrapped up in a little bow of… ‘Ah, I’m only joking’. Shh. You’re not. You’re an idiot. An idiot for thinking I don’t know what you actually mean. Duh dumb do diddle daddle. But we’re not thick. Cleanse on! Not that I need to tell you any of this though. Obviously. Seeing as we’ve already established: You’re smart. That’s if you’re still here. Long trail to wade through. Duh dumb diddle daddle turned into quite a ramble. Topped off with a rant. Could do with an edit!  Idiot off. Song on…

(By the by, this was originally doubly as long/horrendous so instead I edited and chopped on into two rambling blogaruus. Say nothing. Read on!)