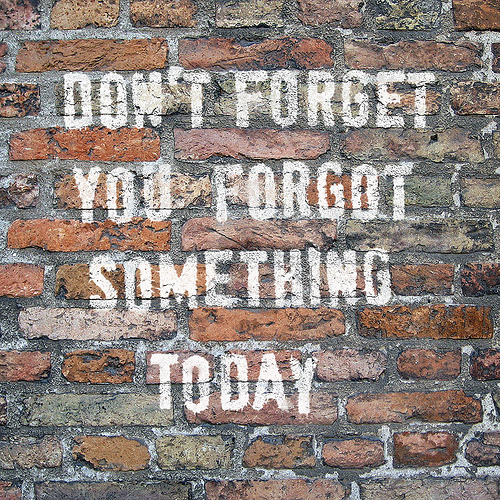 As I might have mentioned previously, my world almost collapsed when I found out that I forgot to bring my scissors with me. Left it back in Ireland. Apocalypse now. Thankfully, I’ve moved on. Well, kind of. I still think about it, but it’s no longer causing the sky to tumble down. Anyways, that was one thing I forgot back in Ireland. I’ve quickly realised that I have forgotten way more things here in L.A. Especially after the hibernation period I went through at home. Feels like I’ve just woken up from a coma. Forgot a lot!

Completely forgot how there is something going on all the time here. And I mean all the time. Every single night. Plenty of choice and venues. Don’t have to have much pre-planned. Alternatives everywhere you look. Mixture of heaven and hell. Brilliant that there’s bucket loads always going on. Hell if you’ve a rubber elbow when it comes to temptation and an inability to decline appealing offers. Offers which would seem like a prize back home. Not that anyone is moaning about that. Always more fun to go with the flow. Especially when the invite mentions exclusive, V.I.P and free bar. Hard to say no. Even if only twenty minutes earlier you swore you’d stay focused until you got your life in order a bit. ‘Want to go to an exclusive Crystal Castles gig with a free bar? V.I.P style?’ Eh, I was going to just chi… what am I on about, yes, I am there! ‘Exclusive opening of an envelope filled with anthrax, want to come?’ Opening of what now? Actually, I don’t care, will there be a free bar and will I get a V.I.P sticker? Yes? Ok, I’m in!

If you can, I would recommend going to see Crystal Castles. Savage gig. Intense seems to be the word banded about after watching them. The lead singer came out swinging a strobe light and everyone went nuts from there on in. Unfortunately the free bar was cleverly played by the organisers. Two bar men for 300 people? In a hot, sweaty room? Clever snakes. Weird seeing such an orderly queue as well. Probably would’ve caused a riot back in Ireland or at least a scrum shaped formation heaving at the bar. An orderly two person wide line here. Reason probably being that the place was full to the brim of hipsters, scenesters and all kinds of sters looking cool. I’ve forgotten how funky the fashion is over here. Full to the brim of every imaginable kind of hats, gloves, scarves, glasses, dicky bows, braces, feathers, peacocks, everything. Funky town.

Speaking superficially of funky, afterwards we went to Bardot, which is a funky bar with ridiculously hot funky women. Everywhere. Which is what I completely forgot about while I was at home in Ireland. Completely. Forgot. About. Good. Looking. Women. Calm down, I obviously mean that in quantity. Plenty of good looking women in Ireland. Just seeing as there are about 9 million people in L.A, and not as many people in Ireland, the difference is obviously going to be massive. MASSIVE. Different levels everywhere. In quantity. Quantity. Quality. Tomato. Potato. Personality.

Another aspect which I may have forgotten a tad about is how an Irish accent is like handing out little bags of gold to strangers. People are still amazed by it. I’m amazed at how they take everything at face value. Sometimes it’s baffling. Other times it’s too easy. Funny when things unintentionally get lost in translation. Telling an American girl that the reason you’re not up for talking to her buddy anymore because he keeps ‘licking my hole’ can cause a bit of confusion. If you’re reading this and not Irish, then know it’s a figure of speech. Not an act. Hard to explain that in a crowded bar.

I also forgot of how many different places where you might oddly end up getting someone’s number. In Ireland, I’m guessing at least 75% of numbers being exchanged happens in bars or nightclubs. Here, it is anywhere and everywhere. While buying porridge and milk in the shop… how’s it going… oh my Gawd, where are you from, take my number, call me. On the way to the gym. On the way to opening a bank account. While on the phone outside your apartment. In the coffee shop. Everyone is lashing out numbers. Call me. We’ll do coffee sometime. Even though we’re in a coffee shop right now, both holding coffee. And look, I am well aware that the majority of the numbers being handed out are pretty pointless to get. I could go on all day about that. ‘I forget who you are?’ Thanks. Just emphasising that there is a huge difference in where you might get a girl’s number here. And how hard it is to get it. In Ireland numbers are kind of guarded. Here it is the second thing people say after telling you their name.

Forgot too of how it’s no longer that people might look like famous people. That girl looks like Rihanna. Kind of. Although she has different hair, so no… Oh right, you think it is her. Ok. That girl there is quite hot. Who? Over there, looks like Dita Von… oh right, it actually is her? Better off not knowing who anyone is, or meant to be. Can’t mistakenly mistake someone for being themselves then. If that makes sense. People get obsessed. Everybody constantly watching everyone else. Always looking to see who’s who. Always judging. Do they somehow recognize the person. Hoping they do. And how disappointed people can be when sun-glasses are taken off and the hope disappears. Forgot all about that.

One other thing I’ve forgotten about is how to write a blogaruu it seems. Particularly one that makes sense. Forgot all about how to do that. Seeing as I have completely forgotten the whole point of this one. Emm, song on?