Is it just me or do far too many people become far too profound at this time of year. And by become, I mean try to be. As if they must spit out the words before the year ends. Must end it on a profound note! Because… no clue why they get the urge. Especially when is sounds like they Googled a Hallmark card… ‘This year has come and gone, how will you write the next chapter?’ Are you funking joke me? Oh, you’re being serious… well done. New Year is mighty and all that, but not like a switch flicks. More than likely, you had a good/ bad/ indifferent year due to what you made of it. Not really down to the year. And guess what, 2010 will be the same! Fair enough, if the New Year motivates you to make changes, then motivate on!

Anyways, there shall be no profound wrap up of the year here. Instead, an odd dumb story. Keeping in line with a lot that has gone before it. An odd story all about a sick little man named Orgy Joe. Who I met at Mass on Christmas day. An old man. Wearing a toupee. To be more precise, a perm styled wig. Chased me down the street after I left Communion. If you want to read more about it… click! Joe wanted to know if I would model for him. He had the connections. Big man. For such a little man. Sure Joe. Cheers Joe. I’ll call you Joe. Good duckaduu to you Joe. Thought no more of weird little Joe.

Off I went on Tuesday to do a bit of food shopping in good old Trader Joe’s. Christmas hangover had me lethargic beyond belief. Ambling aimlessly down the wrong isle. Looking at frozen food I’d no interest in. Getting a tap on my shoulder. Looking up. It was Joe. Not Trader. The wigged one. Straight away I noticed his nervous demeanour. Kind of like Woody Allen, but a big bucket of perv on top. Probably a tad drunk on Christmas Day to have noticed how much of a creepy old man this guy was. He was a sleaze. Constantly fidgeting his hands. Twiddling his fingers. Reaching out and trying to put his hand on my arm while reminding me who he was.

‘Hey, the Irish guy, am I right? Merrk?’ Oh yeah, Joe, how’s it going? Yeah, haven’t had time to call you, my bad. Not too sure if I’m up for the modeling malarky. Definitely not for what I’m thinking you might have in mind. Seeing as you’ve asked me, once again, if I would be interested in swim suit modeling. Go away please Joe. So with that, I started to amble off down the isle. Away from the frozen food. Away from Joe. Thinking it’s kind of weird that I had never seen Joe before in my life. Yet now I see him again so soon after Christmas Day. Probably just making myself paranoid. Could easily have seen him a few times and just avoided eye contact with the nut. Said goodbye to Joe, told him I had his number, might be in touch, perhaps when I’m in my 80’s and decide to suddenly get an urge to model swimwear.

I think Joe realised I was giving him the slip. So Joe then did an annoying little thing. Joe started dropping names. Dropping names, which my dumb ear started to pick up. ‘Neeeh, have you heard of Tom Jones? Sonny & Cher? Jay Leno? Jerry Seinfeld?’ Did make me subtly swivel on a sixpence. Yes Joseph, I have heard of them, why so? ‘I’ve worked with all of them. Produced their live shows. That’s what I do.’ Now I was stumped. Was Joe being legit? Or was he just a spoof, throwing out names in the hope one would stick. ‘I might be of use to you. Depends on what you do?  Are you married? What do you do?’ Asking me was I married was odd. If he was legit. Which made me think again he was a spoof. But those names at the end did interest me. Told Joe I did a few different things. At the moment, I was mostly a dancer.

To say Joe was a little taken aback be me telling him to funk off, would be a lie. No effect whatsoever. I know this, in fact, because of what Joe told me next. So nice of him. His favourite act to do. I shall not repeat. Have a guess. With that, I put down my basket of food. Told Joe I was more of a coffee man these days. Asked him to look after my basket while I went to get a trolley. And just left Trader Joe’s. Sick little prick.

As I said, there would be no attempt at profound words of wisdom! And that was an odd, slightly disturbing story, for me at least. Eh, wrap this up somehow… it showed the sick side of things here at times? Not all good to be true. However, one good or bad thing doesn’t make a year. Highs and lows. Overall a mighty year! Wrap on! Time to go dance on into the next one now. Here’s is an apt song to help you on your way. Go on the 2010!!! 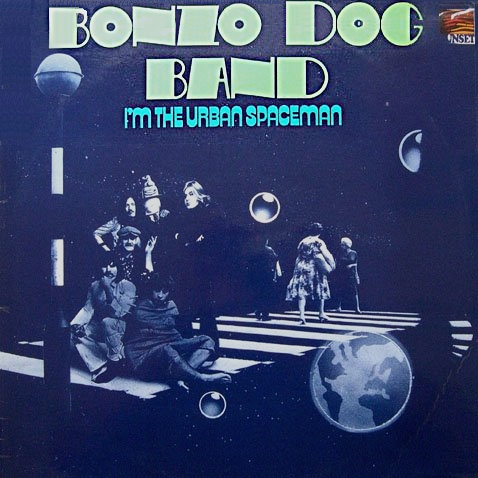