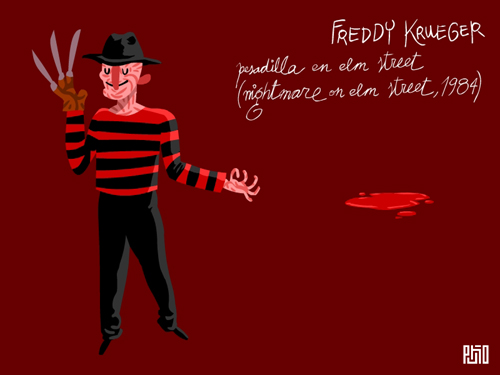 Newport is a strange enough place. Throw in a crutch and an accent, and it gets even stranger. Full to the brim with Freddie Cougars. Back down there the other day for a DJ gig. Had an hour to kill beforehand. Went to get something to eat. Walking to the restaurant. More hop-along with the crutch. A concerned women stopped me along the way. Being kind, about her age, late 30’s, probably older, but looked younger. Plastic on. Asked me what happened. Could she help? In case I ever needed help, or anything at all, she gave me her number. Be sure to call. Anytime. Ok. Thanks for that. Be rude not to take your number, so I’ll accept the card. Plastic on. Freddie on.

Get to the restaurant. Queuing up. Two ladies walking by. One stops and put her hand on my arm. While the other gave me an odd look as if we knew each other. Again, asking was I ok? Pursing her lips at me. Telling me at least I was in California. So my foot wouldn’t be cold. Not like I lived in Switzerland. Which I thought was an odd reference point. And then her friend really started to freak me out. As she asked did I live in Switzerland before. I kind of did. Well, in Konstanz. It’s half Germany, half Switzerland. Lived in German part, played soccer in the Swiss part of town. Eh, why?

She used to live in Switzerland as well. She thinks we may have met? Did I play her a song on my banjo before one night? Em, what now? Banjo? She then burst into a bit of Swiss German to me. Looking at me with crazy eyes. All of this was pre-tty odd and bizarre to say the least. Had me a bit freaked. Looking around to see if it was a wind-up. Wrote her number on a napkin. Told me, in German, to call her sometime. I thought she was leaning in to tell me something. No. Kissed me on the cheek goodbye. I am guessing she was in her mid-50’s. Again, that’s me being kind.

Thankfully, that was the end of the weirdness. Well, until I finished my food. Having a coffee. Sitting in a booth. Back against the wall. Facing outwards. Foot kind of raised up on the edge of the seat. A woman walks by. Sees the crutch. Even though I caught her eye and tried to throw it away. Asked me what happened. She is a physical therapist. Or used to be one. Her hand is suddenly on my foot. Now massaging my foot. Rubbing it. Asking if she could massage my toe better perhaps. She had oil at home. She was good with her hands. Did I like massages? Firstly, I don’t. Well maybe but not from you. No offence. Secondly, since when can you massage a broken toe better? And thirdly, this lady was at least, and I mean at the very least, she was 60. Short grey hair. If she was an apple, she would be a Granny Smith.

Newport. Is. Bizarre. Thankfully that was the end of the Freddie Cougars that day. Well, almost. There was also the girl in the bar back in L.A. A girl compared to the rest of the cougars. Gasping when I was at the bar talking to her friend. Looking at me in a state of disbelief. Telling me ‘Oh my God, I know you!‘ Me thinking she thought I was someone of note perhaps. Nope. Her asking was I… oh wait no… seeing as she figured out I have an accent, she got it wrong. What wrong? Out of curiosity, who did you think I was? Brad? George? Who… Your friend who lives on a boat. What’s his name? Wavey Davey? I look exactly like your friend Wavey Davey, the boat dweller. I really need to meet him? Ok. Thanks?

I couldn’t figure out if it was a good or bad thing being compared to a guy called Wavey Davey. In the end I just let it go. Sometimes, after a weird old day down in Newport, you’re better off just leaving it be and calling it a night. And other times, the full lights come on in the bar and you see what she really loo.. you see the truth. I presume the first scenario can happen as well though!