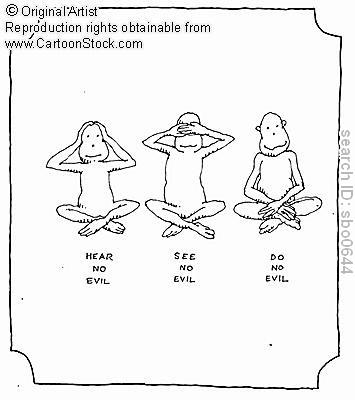 I have a bad feeling that DJ’ing might be numbing a few of my senses. Sight is one issue. Due to a technical issue on Sunday night the only light available in the DJ booth was the glow from my laptop. Looking at that beam while otherwise shrouded in darkness. Attempting to use my phone as an extra source of light to see the mixer. Then trying to adjust my eyes whenever somebody came up to say hi or request a song. Seeing black floaters instead of people’s faces. Two people asked if I even remembered them or knew who they were when I failed to greet them as buddies. Asking me was I on something? Seemed out of it? Off your head, yeah? Yeah, I’m on laptop light, some buzz.

My hearing also appears to be suffering. Although that might actually be down to the person I was trying to hear. To save time and money I order this protein powder stuff online. Cheaper and easier than going to the shop to buy it. Delivered to the door. That’s what they claim at least.

I always end up having a game of hide and seek with the delivery man. Keep missing him when he apparently shows up to deliver the package. Even though I was at home when the slip informing me where I can collect my stuff is dropped off. Call the number of the depot. They ring the delivery man. He’s just left the area, but if I want I could drive to a meeting point and collect it from him. Drive to the meeting point. Usually I then get a phone call. He had to take another route. Easier if I just collected it from the depot. Anytime after six. Good old depot after six. Good laugh picking up my delivery all the time. Well worth paying the extra money for having it delivered by express. Way easier than just going to the shop to buy it.

Anyways, I have been waiting for another delivery. Earlier today I just happened to look out of my window and saw the delivery guy getting back into his truck and driving off. No way! Never heard the bell. I must be deaf. Quickly checked to see if he had left the package. Only another slip saying he had called and no one was there. Again. Depot at six. Thankfully, he took his time turning his truck and saw me waving. Came over with the package. Never heard you ringing the bell, I must be going deaf. Oh you didn’t ring it? You knocked. On the front door? No? On the patio door? Would you not have rang the bell, no? You never do? No wonder I always miss the drop off. Good work.

Instead of just signed the form and saying thanks, I engaged in a bit of small talk. Well more that I questioned what he said to me. Dumb enough. All I heard was a mumble. Should’ve just nodded and smiled. Instead I said pardon. All I heard again was a mumble. I had my package. He had my signature. We were good to go. Foolishly I said ‘Sorry, pardon’ one more time. Still couldn’t understand what he was saying and a bit curious at this stage. Shouted back at me as clearly as he could ‘I said the weather, yeah, this weather is brutal, isn’t it?!’ Yes. Yes it is brutal. Yes. I prolonged all this to give you the answer ‘Yes’. You’re actually fairly wet standing in the rain for so long due to me repeatedly saying pardon. Apologies buddy. Let’s say we’re even for all the delivery mishaps. Safe to say I’ll be collecting the next batch from the depot. Anytime after six.

I also think that whatever sense I use to make decisions might have been hampered with. A few months back I had a choice… Do I take the offer of work and the money that came with it? Money which I badly needed for rent at the time. Or do I decline that offer, and go with the option of a going to a party. A party which held a lot of promise and potential. Last time around, I chose the party and all it’s potential. Party obviously then did a fairly big belly flop.

Apparently the smart thing to do is to learn from your mistakes. Not to let them repeat. Once bitten, twice shy and all that. At the moment I have a similar conundrum. Do I go with the sensible option, and take the money? Or do I take a chance, and choose going to a party with potential? Money and sense? Party and potential? Money? Party? Should really take the money this time around. Smarter choice in the long run. In the shorter and perhaps even longer long run though, maybe, if I apply a dumb logic… I blame the DJ’ing… party on! All shall be revealed soon, L-Hey all the way!!! Song on…