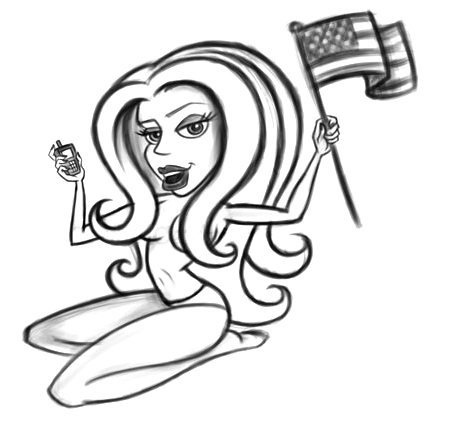 Off the top of my head I can only think of two things:

1. Dealing with West Hollywood Parking Office. Some shower of clowns. So about three months ago I get a parking ticket. They hand them out like fliers in West Hollywood. Beyond head wrecking. Especially when they’re unjust. Somebody puts up a temporary no parking sign where one can usually park hassle free – also known as asshole free. Then another person dumps a bed that they no longer want in the same spot. So basically the temporary no parking piece of paper is taped to a gate first and then a bed is placed in front of this sign. Big old king sized bed covering an A4 sheet of paper. Anyway, Muggins Molloy here comes along. Sees an open space on the street – “Right outside my abode. Mighty!” Park. Lock. Good duck. Next day. Ticket. Huh? What the… Bin men come along. Move the bed while I scratch my head. Sign is now apparent. Well that’s a tad unfair. Appeal I go.

Appealing a parking ticket is almost definitely not worth the time and hassle compared to paying the ticket. However. The satisfaction of not letting these sneaky, dirty, conniving fecks get their own way is just about worth the hassle and time. Just. So. Write a letter. Post it in. Make a phone call to make sure they get it. They did. Will post out their verdict in the post. One month passes. Nada. Phone them. Tell me they posted me out the letter. Never received it. They said I did. I repeat the fact I did not. I repeat my address. They cut me off and say they sent it. Onus is now on me. I need to send the same letter in again. So. Like a little monkey clown. I do.

Another month passes. I hear nothing. Assume they wiped it clear. Go to renew the registration on my car. Sorry, sir, you need to pay off the fine owed before we can do that. What fine? This fine. Four times the original. Oh that’s wonderful. So I phone the clowns again. They repeat I am at fault. I need to send another letter. Then follow up with a phone call if I hear nothing within a month. Explain I’ve done this. Twice. Get annoyed. Repeat facts. Reiterate common sense. Ape on the phone gets befuddled. Calls over her supervisor. Repeat. Reiterate. Realise. They were sending the letter to the wrong address. Despite me giving it to them three times. Instead of a 30 at the end of the first line, they had a 3D. Mighty. They think I live in 3D. Oh, supervisor says. Realise. Retreat. Apology? Not at all. Tell me that the time for me to appeal the original ticket has long since passed. (You don’t say?) I can either settle the matter by paying the original ticket amount. Or. Go to court. Ye dirty whures. Wasted too much time on it already. Pay it is. Some roundabout of dumbness.

Last night in the gym Fox News was on the TV. Muted. The O’ Reilly Factor was on. I was on the treadmill. TV in front of me. No sound. But subtitles. And Bill O’ Reilly’s demented head. Now I knew that Fox were a bunch of nutters. But I never actually watched their news report. So I did not realise how bad. Even without sound they are fear mongers. Questions popping up all over the screen: Should we vilify and hate Justice Roberts for his deciding vote on the healthcare bill? Are we living in a communist country? Should we take extreme actions to rectify this situation? All the while, you have Bill O’ Reilly staring down the screen like some sort of Waco leader mixed with shades of Hitler. That man is a nit. And a nut. Convenient typo. But what a funking psycho. If people are listening to him, that is highly dodge. (I still don’t even come close to understanding why some American people are against universal healthcare.)

That’s it I think. Actually, nay. One more.

What a bunch of idiots at times. Almost all of the time. Not every single one. But a LOT. Yet to meet one who isn’t a dope. Got an invite yesterday to a club in West Hollywood. Rar Rar Rar was playing and this was going to be the greatest night of your life, load of gibber. Apparently three ways to get in. Reserve a table. Buy a ticket. Or:

Anyway, off the top of my head, they are the only three bad things I can think off. Besides that, America is some country. Which is what I was trying to say. Got a bit sidetracked with rambles. So, eh, happy birthday you mighty feck. Omerricka. On!

Oh, last one. I have a dream that one day all Americans will know how to banter. Then this place will be unbeatable!