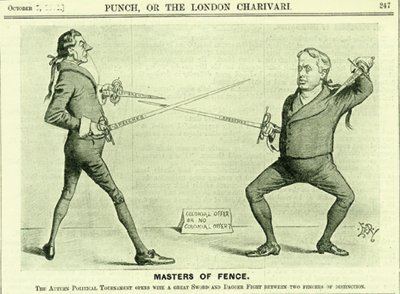 Nothing In My Way – Keane

Apparently the world’s greatest ever fencer is Aldo Nani. You know, the Italian guy. Yeah, him. Google’s greatest fencer of all time. Let’s say you decided one day you wanted to become the next greatest fencer the world has ever seen. At the very least, one of the best around. That was your goal. Now you needed a plan. Maybe watch some others fencing. Read a bit about fencing. Mostly importantly, practice fencing… Once a week? Maybe once every two weeks. Sometimes, when other stuff needed to be done, you’d actually forget the last time you fenced. Either way, sounds like a mighty plan. Right?! You’d be a world class fencer in notime! Surely? Too easy! Dancin… Nay. You ape. Bob Hope. Well, unless you were naturally a fencing prodigy. If not, only a dumb ape would have such a dumb plan. I know this. Yet, I’ve been applying this mighty plan to stand-up? Well done.

Great analogy and opening paragraph. Cheers. Self compliments are mighty. Even mightier, at least I finally realised my dumb ways. My stand-up act so far is grand. Funny enough. Stories are good. They don’t come out exactly as planned. But it can be funny. Plus, I always have my accent to fall back on. However, nowhere near being savagely hysterical. Not even close. My lack of performance is brutal. Showmanship is zero. No command of the stage. If I can get my material out of my mouth in as close a way as I wrote it down, happy enough. Which is poor. Should have everything down to a tee. Pauses. Hand movements. All that gibber: Nowhere close. Usually feels like I leave the me with a personality sitting backstage, while a person imitating me goes up in front of the audience. Gists of the stories come out. Too many lines forgotten. Ad-libs thrown in. Bluff fully on. Some hits. Sometimes understood. Sometimes misses. Magnificent work really.

Doing one show a week will do buckets to improve that too. Particularly when they’re like the one last week. Comedy Store. Haven’t done it in a while. Let’s try some new material. It’ll be mighty! Head up. Sit in the crowd. Watch the show. Cringe as the host of the show abuses people in the crowd. Ridiculously brutal. Her stories and jokes are pretty heh or miss, so abuse is always the fall back device. Great work. Alienates the crowd. Doesn’t understand why no one is laughing. Mighty warming up. Picks out a guy in the front row. Jewish guy. Over the top abuse. But it’s ok. Because she’s Jewish too. Well done. Before I get introduced to go up, this is the mighty banter she has with him…

Host: Hey, where are you going you bald f**k.
Guy: Home. Sick of this and I must be up early. Goodbye.
Host: Don’t leave, you bald f**k, I’m only joking, stay. You paid good money to be here. And I know you want to get your money’s worth, you miserable f**k.
Guy: This coming from a woman whose star sign is Feces. (Bit of a curveball but still… )
Host: (Flustered, devoid of wit) Yeah… Well… (Silence) You… (Silence)… This coming from a guy who’s star sign is DOG!!!

Host: F**k him. Let’s get back to the show! You guys are going to love this Irish guy…

Oh Jesus. So I go up on stage. Deciding I’d just go with the flow up. Meaning I’m ill-prepared. Intending to do new stuff. Shaking my head at what has gone on beforehand. Grab hold of the mic. And then… Have you ever been told really bad news. Every emotion floods out of you, as if a bucket of water was thrown over you. Left speechless. Standing there. No words in the vicinity of your mouth. Well, for some reason, that happened that night. Complete blank. Big glaring spotlight shining through me. Right as I grabbed the microphone. Almost forgot to say hello. Felt alien on stage. New opening line… Completely forgot. New material… No recollection. Just a big, white… Blank. First word: Hmmm?

Thankfully, I had old stuff to fall back on. Rattled it off. Robot style. Crowd didn’t notice. Laughed along. Danced on. Got away with it. Grand show. Even though another big blank occurred halfway through. Over. Done. Audience didn’t notice. Take the positives. All that. Thing is, I noticed it big time. Brutal buzz. Felt like bombing big time. Just lucky to get away with it. Time to practice the funk on. Need to learn how to perform. Open mics. 5 minute slots. Anything. Everything. Whenever I can. Time to get 1000 shows under my belt. Only about 950 to go. Probably take me 3 years at the very least to get where I need to be. Dose. Particularly when you’re not naturally inclined to perform. Nowhere near it. Natural tendency is to be lazy. This requires the complete opposite. Balls.

New plan. Just finished reading Steve Martin’s stand-up memoir. Claims not to have been naturally talented at all. Couldn’t sing or dance or act. What I don’t think he realises, is that he was performing on stage since he was about 10. According to him, got his breakthrough when he was 30. Only 20 years of practicing in between. Doing maybe 5 shows a day, 5 times a week at different points. Traveling all over America, performing all sorts of acts, to be all sorts of crowds. Might not have been naturally talented but he worked like a horse! In the end, he was performing to crowds of about 50, 000. Horse on! Might be a better plan than the world’s greatest fencer approach. Me shall see. Unnatural talent time. 3 years. Tad optimistic. Only way. Late starter. Time to stand-the-funk-up!!

4 thoughts on “The World’s Greatest Fencer!”