One question I never get asked in amazement is… ‘What don’t you do?’ Well. There’s plenty I don’t do. Plenty. Off the top of my head. I don’t do cars. Buckets of evidence to back me up on that one. Last time I bought a car (a truck to be exact) I ended up behind a church in Chino. Buying a bucket from a con man named Mike. Biggest bucket ever. Complete disaster. Truck was a wreck. Turned me into an emotional wreck. People have felt my pain. Relived my turbulent affair with that whure. Delighted when it was done and dusted. Particularly those who have read my book. Good old Mike. What a hunt. Anyways. Whenever I don’t get asked that question, my response is always cars. Don’t do them. Especially not Buckets. However. Since yesterday. I am now a Trojan. ‘Why so?’ You might not ask. Well. Obviously. As I now drive a chariot. Seriously. As in an actual chariot. Kind of…

This logical explanation shall explain why. Gladiators drive what kind of mobile… Chariots. And who else might drive a chariot… ? Correct. Trojans. So. Using this logic: I am now a Trojan. Wuu duu. Trojan on. Chariot all the way. Quite the step up from the Bucket. Technically. I’m not lying. Seeing as I am now leasing a beast. Which actually belongs to a Gladiator. Or a guy who used to be a Gladiator. On a TV show named Gladiators. Let’s call him Rocksteady. Sound dude. Looking to lease out his pretty slick car for the next however long. In swooped me. Chariot on! Although it’s not even a car. I call them jeeps. But it’s a BMW jeep. So it seems to be an SUV. Semantics. All I know, is that it is savage. And that I got a mighty deal. Call me Mighty Mouse. Oh dear Jesus. All jokes aside. Some difference a year makes. From this… 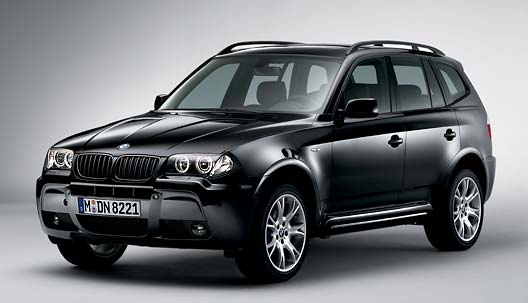 Climb that motor ladder! Whereas the Bucket had one speaker which would only play Akon, the Chariot is fully stocked. Mirrors keep moving on their own accord for me. As if a butler is in the car with me, making sure everything is ok the whole time. Something to zip around in anyways. For the time being. Still not sure how bothered I am aboot driving here to be true. With good reason. One such: I now like to walk to places. Although. In fact. I actually owe a lot to the fact I walk almost everywhere. Seeing as when I walk, my gibberish thoughts can run free. Ramble on. And let my mind wander off to places it may not go otherwise. Just me and the naked fat man inside my head. Let off his leash. Allowed to say whatever he wants. Walking is mighty. Never realised before why people might bother to do such a ludicrous thing. Now. I know.

So I have a buddy. With the funniest road rage ever. Anything triggers it. Driving along. Listening to a CD. Let’s just say, Boyz II Men’s Greatest Hits. Mama. (True). CD skips once. Flicker of a twitch in his eye. Skips again. Twitch worsens. Chorus kicks in. Belting out a Mahhhmaahhhhh. CD skips. Ruins our chorus. Without breaking stride. Ejects the CD. Down with the window. CD flung out as we drive on. First time this happened I thought my eyes were making it up. Kept singing and not acknowledging what he just did. Waste of a perfect CD. Funny bout of road rage. Easy as pie to trigger him off… Car in front takes one second too long to not go at a green light… Did you just see what she just did? On purpose, no doubt… Profanities erupt like a flame to propane. Pointless rage. Which was hilarious. Probably the reason why I don’t think I ever get worked up driving now though. Until L.A anyways…

Which is another reason why I’m not pushed about driving here: Most people in L.A have no clue how to drive. Literally. Couldn’t drive to save their life. They. Are. Horrendous. Perhaps they’re letting their minds run free while they drive. Which is disastrous. Pretty sure the Dalai Lama would get a bout of road rage if he ever happened to go cruise around here. Seriously. They’re that bad. People don’t indicate. They don’t really merge. Just slide. Like drunken Bambis. No way is this plonker going to attempt what I think she’s going to attempt… And there Bambi goes. Horizontal style slide on the freeway. Roads here are dodge. So that’s another reason. When I walk. My head is in the clouds. When I drive. I can see myself eventually silently screaming blue murder at people. Walk on. Inner road rage off!

Sunday did not help this either. Slight twitches developing. Numerous incidents. Bambis all over the place. Along with a toad. Rosie O’ Donnell look-a-like. Daytime DJig in Newport. Porsche me up. Get down there. Getting my gear out of the car. Lock up. Walk along. On the path. Stop to check I have everything. Notice a car. On the road. Driving slowly. Think nothing of it. Check my bag some more. Suddenly I hear the word Owww come out of my mouth. What the funk?! My buttock/hip swiped by the car. Slow. But sore. Shocked. What what?! See who just hit me. Toad of a woman. Startled look on her face. Cup of coffee in one hand. Phone in the other. And her toad mouth stuffed with a donut. Half in. Half out. (Must’ve been steering with her knees?!)

All of this happening in slow motion. Seeing her face change from startled to terror to oh funk I need to get out of here. Rosie puts the boot down. Speeds off in her Merc. Hit and run. Ish. Not much I could do. Except yelp in fear. Seeing that as Rosie put the boot down, a dog in a parked car next to me decided to bark like a mad man at me for no reason. Did not see the dog. Did not expect it. I might have yelped. Perhaps I did a little girlish jump. And maybe shouted… Rosie, you whure! My hip! But she was gone. A twitch appeared. At least my hip isn’t too bad now. Still though. Dodgy apes everywhere.

Rambles. Time to wrap up. Sunday. Funny old day. Lucky I wasn’t taken out. If I am to go early. At least let me be taken out by Robin Hood, with his bow and an arrow. Or else slain down by a knight, in a sword fight. Something a bit cooler. Not a Donut eating toad. Especially now I’m a Trojan and all. Oh Jesus. Monday. Also pretty good. Trojan. Chariot. Wild horses. Giddy up! And then there’s today. Today is a day to note. Might have played the mightiest of all gay gym DJigs. Never had so many frilly high fives. Or the odd bro tell me how ‘sick tight’ that was? But that wasn’t the reason why today is of note. Can’t say much now. Started something new today. Numerous times I’ve rambled… Every man needs a plan. Also gibbered… Go with the flow. New project. Combines the two. A duu of a day! Apologies. I’ll reveal more when I can. Laid the seed. Your brain has been incepted! Incept off. Encrypt on!

Finally. Next blogaruu will be a vlog. Need to edit my dodgy clips. Wrap it together. Takes a pretty penny, time wise. Great story. This has gone on too long. Actually. Leave a comment if you think my rambles are now way too long. If you have a minute to spare. Hoviously. Cheers. Ramble off. One of my favourite songs ever, on…