I realize I have an annoying problem. Well, one more to the list. Have you ever started something, then finished it just for the sake of finishing it? No other reason. You do not want to finish what you’ve started. But for some dumb reason, you feel like you have to. For example, you take a bite out of a pear and then realize it’s not a great pear. Not rotten or gone off, just dry and not nice. However, instead of just throwing it away, you feel like you have to finish it. I do anyways. Quickly munching through it, just to have it eaten and not throw a full pear. People are starving, man! Making sure not to waste an ok-at-best pear. Just waste my time instead.

All this eating of pears I don’t want to eat has made me realize something else. A lot of time wasting has been going on with certain things. There is one area in particular, where my time is being wasted beyond belief. Someone claiming to be doing something. With little evidence of it being done. Really wrecking my head. False promises and spoof. Giving someone the benefit of the doubt for far too long. All talk, and just enough rope to keep me interested. However, can’t really cut them fully loose until I hear their side of things. The little flick of rope being thrown in my direction is annoyingly long enough to keep me polite and patient. Can’t really be less cryptic as not sure if I want to fully burn the bridge, but it is highly head wrecking.

Another time wasting angle cropped up over the weekend. I was invited to two parties, one on Friday and one on Saturday. Unfortunately, I couldn’t make either. I actually did want to go to one of them, but the other I had no interest in whatsoever. Bob Hope. There are the parties which you actually want to go to (30%, max) and those which you somehow feel like you are obliged to go to (70%). One drink. Pop in. Say hello. This was barely even a 70% kind of party. Hadn’t seen or spoken to the guy in God only knows how long. Small talk buddies. I did wonder why I was getting small talk spoof texts from him in the first place. Then the party invite was sprung. Cornered. Instead of just saying ‘Not really, cheers though’ went down the polite route… ‘Yeah, might go alright. I’ll let you know.’

Unfortunately, there were no incentives to make the party appealing. Held in a location where there were no easy escape routes. No draw at all to go to this party. People who would’ve been closer friends with the guy weren’t even going. Which made me wonder why I was being invited at all in the first place. Only when I spoke to another friend who was in the same acquaintance boat, did I realize why we’d been invited… Purely to make up the numbers. Back up plan in case the party didn’t seem to look busy i.e look like it was a success. Buff up the crowd scene in the background for photos. People start to panic when they realize their unreal party might only have a handful of people show up. Blow to the confidence.

Worst waste of all, when I found out that I actually couldn’t make it in the end anyways, the guy gets odd. Suddenly all the spoof small talk texts disappeared. How dare you turn down the invite to my party. Don’t expect me to ever come to one of your parties. Don’t worry. I won’t. Thanks for the effort of trying to make me feel like I was obliged to attend.

Kind of rambling, but the shrouded point is that it’s just another example of wasting time. Wasting mine, wasting your own. Pointless. Which reminds me of where all this gibberish stemmed from. Starting things that you feel obliged to finish. Being a waste of time. Reading a book that you think might be good. Getting to the first chapter. Realize that the book is horrendous. However, have to finish it. Knowing it’s crap, but just have to keep on going. I’ve no clue why I do it. Make thinking it’s the noble thing to do, somehow? ‘You know me, once I start something, I always finish it.’ Well done. Shouting inside my head at the book for how annoyingly bad it is, yet still reading it ‘Come on to FUNK, I’ve stuck with you this far and you’re still crap! Stupid book, improve!!!’

Under the illusion perhaps, that the thought ‘I wonder how that book finished?’ will consume me for the rest of my life. Waste of time. For the past few days, I’ve found myself in a similar situation. A few books were recommended for me to read for style and layout pointers. This was the final one on the list. Read a chapter, get a feel for it. Then my annoying habit kicked in. If you’re a girl, I’d recommend the book. If you’re not, then sweet Lord no. Unless you don’t find the word ‘Humph’ annoying. On the upside, I finished it today. An apt song came on the radio as I was on the last few pages as well. Making me hang my head as I realized exactly what I was doing, if anyone was to ask… ‘Listening to Norah while reading Bridget’s diary.’  Which is now my new generic excuse for dodging obliging party invites at least.

Pears. Parties. Books. Time wasting. Pointless. Obliging. Hopefully you too have the ‘Finish what you start (no matter how bad)’ syndrome. If so, two mighty songs… 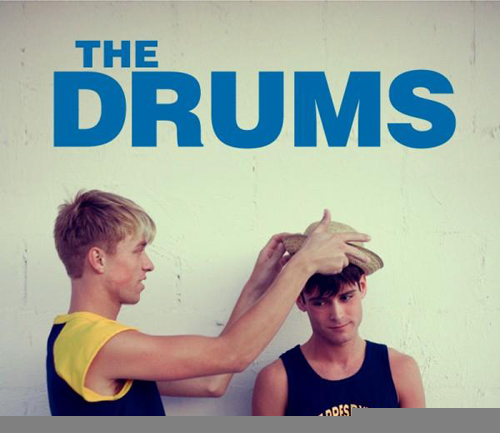 Down By The Water – The Drums