I have yet to see the movie “The Hangover”. However, I have been told it is brilliant, hilarious, and some other complimentary adjective which eludes my tired brain at this point. So, after waking up this morning, it is safe to say that the movie is in no way related to, or set in, Ireland. Today was my first proper hangover since being home, and I woke up with the hope completely gone. Depressing, painful, and regretful, it would make a horrendous movie. Not even the regret of… oh no, not her, again. Even worse, the more common regret in Cork… ugh, why did I bother going out. Someone had burst my bubble, I was after being infected. However, I found a cure within minutes. Gay gym remix on! I was back again, oddly and annoyingly optimistic!

Speaking of which, I must say mucho gracias to Jim Magilton for hooking me up with le gymnasium. And, on an unrelated subject, how wonderful the gym in the hotel near my house is, you should really check it out if you can. Ha. Anyways, I figured out last night, that if someone uses the term “Ah, I’m only joking” after a statement made to you, they are, without a shadow of a doubt, not joking. It would appear to me as well, that some people have double standards when it comes to mocking, and being mocked back in return. As in ‘Jesus, your hair is atrocious” being retaliated with… Thanks, the smell of curry from your fake tan blends in nicely with your b.o…  to me, at least, is tit for tat. Others do not seem to think so. Bald people mocking my hair, on the other hand, is funny.

Another thing which I realized last night, and I am sure everyone knows this already, is that gimps who pretend to be buddy buddy with you when they are sober, then have as many snakey pops off you while they are drunk, are the biggest gimps of all. Ah, I’m only joking. Seriously though, funking apes. Final thing which I noticed, en route home, was that my cab man looked like he kept on dozing off at the wheel. Actually, he was dozing off at the wheel, there was no looked like it about it. It was bizarre. I think he was on heroine. Seriously. Ha. And, once again, I am only joking. Although, in his defense, I did most of the talking on the way home, so I might have bored him to sleep.

Since the last blogaruu, progress has been made on a few fronts. In case you might be wondering, like I am myself now, what these fronts are… 1. Getting back to L.A to shoot some scenes 2. Building up as many contacts as I can back here in Ireland 3. Acting/writing/stand-up/D.J opportunities.

Getting back to L.A – a phone meeting was held with a visa lawyer in Yankland. Apparently there are 3 possible visa routes available to me, pending certain factors. Bizarrely, these are now related to writing and D.J’ing, looks like my Masters is no longer of any use, entertainer on! Since a few people were genuinely concerned for me last night about this department, I must ring back again tomorrow to learn more, so updates will be forthcoming. And, seeing as others were genuinely wanting me back out of Cork as soon as possible, those updates will also be for you.

Making contacts and networking – Firstly, people in Ireland do not give themselves enough credit. I am still split on why this is… modesty, or lack of confidence. Some people, if you ask them for advice, will modestly tell you that they don’t know anything, shur I’m only X, Y or Z. Yeah, actually, you’re far further up the ladder than I am, any help will do. Over in Hollywood, people are dispensing advice all over the place. Obviously a lot of it is waffle, but better to have too much advice thrown at you, then none at all.

Thinking about it, maybe them being modest is why they got a bit of success. Nothing worse than being a cocky fool, who thinks they know it all, and have nothing to back it up with. We all know plenty of fools like that. Just like… Moving on, some people have been hooking me up as well, giving me nuggets of info, so I have a few things lined up for this week up in Dubla. Boring, rambling update really, ha.

And as many fingers in as many pies update… my DJ’ing debut in the Emerald Isle is lined up next Saturday in Cork! Re de de, how will my laptop and I get on. Will people be baying for some gay gym remixes. Or will they want to bottle me for not playing proper rock. Or will people even show up. You must be so nervous for me. Oh. My. God. Like Rent, Spud, Sick Boy and my cab man last night, my cash flow is in need of the injection, so happy days. And, still waiting for it to be confirmed, but hopefully I’ll be making my stand-up debut up in Dublin this Tuesday. Which should be hilarious. In a bald people mocking my hair kind of way. Oh Jesus.

As my notebook have been full for the past few days, I have had nothing to write my gibberish down on and remind me of at a later date, so thats about it for now. I need a better phone too, where I can just write stuff at length into it, instead of having to save texts of gibberish to myself. If there is any Jim out there wanting to hook me up, think of the magnificent, hidden, shrouded plug you might get in return. Well worth it!

And, speaking of which, last bit… ALESSANDRO, there is your shout out for recommending a name for the book or sitcom. Just after remembering too, but seeing as one guy cried on the spot, a la acting class, and another quoted a few lines from the blog, CRYING DUDE and STRIPEY SHIRT, there are your mentions! Happy days all round. I am a big fan of yours too. Ah, I’m only joking.

Two songs of the weekend, from the same band which I only just found… 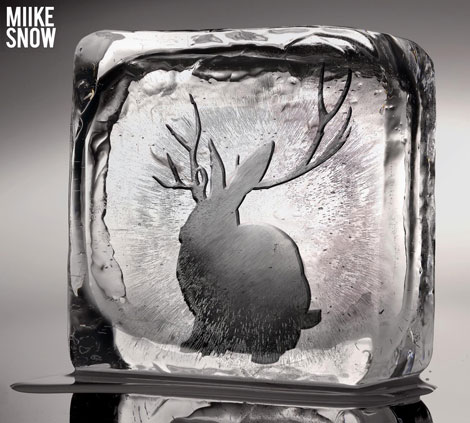