So earlier today I had a mighty meeting. Mighty man. Who also just happens to be a tres successful producer. TV. Movies. All those kind of likes. Mighty mighty!

First time in  Soho House too. Savage venue. Plush. Lush. Gush… I could go on and on about the savage venue. Or. Could perhaps just show you these photos… 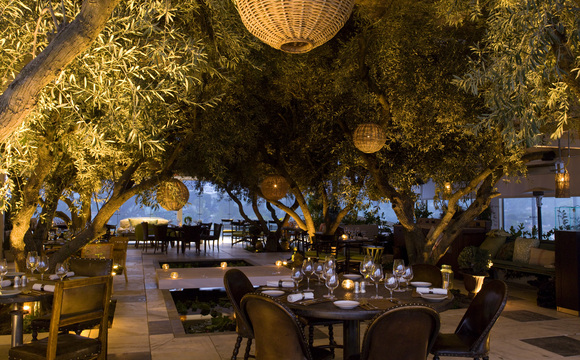 Anyway, savage spot. Meeting on. On time. Happy days. Not sure where I’m going when I get inside. Just look cool. Forget about the heat and the fact you’re wearing jeans and your new cashmere socks. Just a bit of heat. Everyone likes the sweating like a whure look. Stroll in past reception. Members only. Name on the list though. Up the lift you go. Mosey your way past the next reception. See you’ve taken a wrong turn. Play it cool. You meant to go through the service door. Eventually find your way upstairs. Savage bar area. See the man you’re meeting. Tip of the hat, top o’ the morn. Cup of tea. Conversation kicks off. To. Fro. Ramble. Flowing. Gibber. Gabber.  Off you go on a tangent. And somehow you end up telling the other person about some gay orgy story. Well. Done. Ape.

So let’s just say when you start out DJing you take any old gig. Gay gym. Dead bar. Whatever comes your way. Must start somewhere. Then, you get a break. Land a good gig for a fashion brand over here. Land a well paying job over there. Off. And. Dancing. Then you get offered another gig that’s OK paying but at least it’s a regular gig. Might not be the most glamorous job in the world but at least it’s money. Green honey. Rent. Take it. Grab it. Steady your rocking ship!

From that you get offered other gigs which sound highly glamourous. Hollywood. Nightclubs. Amazing! Until you realise it’s for almost no money. But they’re glamorous! But they’re also crap and full of really really crap people. So then you don’t give a funk about that glamourous crap anymore. All you care about now is how much money is on offer. So you take all the good paying gigs offered to you.

Sometimes this might mean you end up playing at a store where there are zero customers. Looks like someone organised a party, just that they forgot to invite folk along. Other times you’re lucky to be land at a jiving fashion party which pays really well. Who then books you for numerous gigs. Pump up that pot of money!

So much so that when a brand new top of the range bar which has just opened in Hollywood books you, you decide to maybe try giving the crap kind of people a whirl again even though the money isn’t unreal but at least it’s an in with that group. Seeing as you’re a clown and all. As they then have yet to pay you for it and it’s still months later. At least that makes you realise that they are dirty whures.

Similar to that other place who claimed to have gone bankrupt and could not afford to pay their bills so can’t pay you the money they owe you. Only then you find out they’re actually just renovating the place and conned a load of people out of money that they owed. So then you call down to try and collect the bobs but when a little gay man with a menacing look in his eyes lets three of his dogs (pitbull,  alsatian and a poodle) run at and attack you for a while, you realise you may in fact be dealing with the gay Mafia. Slightly dodge. Dirty. Little. Prick.

But at least with that regular monotonous gig you were playing every week and the other people were sound who worked there and you got to booze for free if and when you wanted to. Or, if and when you needed to. Like the time they booked you for a big party. That turned out to be someone’s 60th? And you ended up playing one of their Mexican salsa CDs so all old people could just sway and salsa the night away. Fun four hours. At least you were playing a bucket load. And could get better and better. Until you were then actually really good. Full on. Now able to play any kind of venue for any kind of crowd. Salsa. House. Hip hop. All kinds of anything!

Once you had that sorted, you were dancing! Better gigs started to come your way.  Zipping around Hollywood. DJing in a castle over here. Cool bar over there. Pool party up here. Fashion show down there. Well-known folk start booking you for their events. Celebrity folk have to be turned down in favour of better paying events. Double booked became triple. Triple became quadruple. Quadruple even became quintuple! All of which leads to folk paying you even more money. Now you’re the one picking and choosing which gigs to do. Which is mighty! Grow on, green pot of honey! Well. Mostly it’s mighty. Which brings me back to gay porn.

So last Thursday was Fashion’s Night Out in LA. Myself and Chowder (whom I DJ with a fair chunk of the time) were in demand. Six places looking to book us. New record. I wound up doing a GQ party. Chowder did another fashion party close by. Finish up at about half nine. Quickly scuttle up to the Sky Bar to DJ the after party for the whole fashion event. Oh Betsy. On demand all the way. Dance on!

Unfortunately for Howard, there were, eh, slightly less folk at his event. Sea of mannequins. Crickets. Wind rustling through the folded clothes. Sent me a photo. To which I replied: Just think of the money. To which Chowder replied:

Just close your eyes. Think of the money. Swallow, your pride.

(Eh. Never saw that show by the by. Obviously. Just read somewhere that they were in it. Sky One what?)

And in case you were wondering, the Sky Bar after party was rocking! And rammed. So rammed, in fact, we couldn’t even leave the DJ booth. Bladders. Were. Bursting. I seem to be a fan of giving way too much information today. Here’s one last photo of Chowder and I. Chowder has his best Bert smirk on…