Being honest, I could be anywhere in the world at the moment. Cave. Gym. Cave. Sleep. Cave. Gym. And so on. Until the end of this week, that is the way it shall be. First deadline due. Time. Ticking. Pressure. Burning. And. All. That. Anyways, I’ve kind of noticed that it is easy to lose grip on what’s going on in the real world. Big time losing all notion. Waking up to find out I’ve no clean socks. Jocks. Plenty of t-shirts though. Well done me. Regimented eating disappearing. Running out of food. No milk in my fridge. Forgetting about the six meals. Making myself disappear.

When I do venture out into the real world then, either reaching out to people I had to get in touch with, or actually doing other activities than just attempt to write in the cave, it can smack you full force in the face. Such as, missing my cousin’s stag party. Such as, realising I need to find somewhere new to live before the end of the month. Pretty soon I could be homeless, wandering the streets in a daze, wearing just a few t-shirts and asking people for milk. That life might just be around the corner! Something to look forward to, if nothing else. 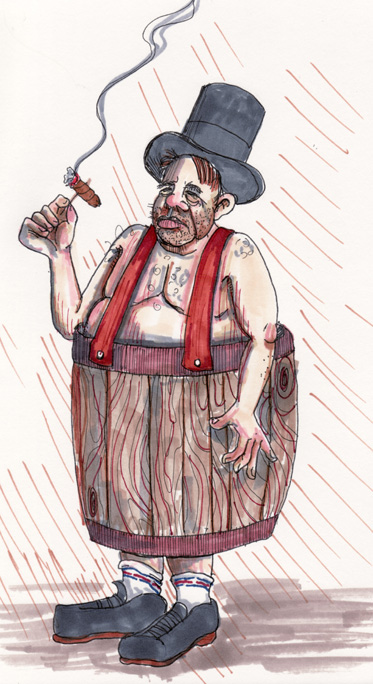 Although I did venture out on Saturday. D’Jigging is the only thing keeping one foot of mine in the real world. Could also be related to the fact that I DJ with my buddy Chowder. Who is, on, the, ball. Rattling off tasks. Needs to be done. Let’s do it. I wander and eventually get there. Chowder beelines. Chalk and cheese. Which I think might be a good name for our duo. English chalk and Irish cheese? Or, Irish chalk and English cheese? Good pointless ramble.

Anyways, Saturday night, gig on. However, before it, I needed to fix my toaster/mixer. Invested in a pretty slick new controller recently. Has everything. Compact. Slick. Rick. Dancing. However, haven’t really being using it to the full capacity. Not at full dancing level. Been bugging me for weeks. Chowder said bring it over to his place, we’d sort it out.

Over I went, mixer in tow. Bemused. Confused. Google. Youtube. Bemuseder. Confuseder. For about three hours. Maybe longer. Perplexed. Came to the logic conclusion. Must be broken. Definitely broken. Balls. It’s broken. Check up how I can return it. While doing so, Chowder asks me an innocuous question. Obviously this has been done, right? Yeah. Guff. Obviously. Eh. Wait. Oh. Right. Yeah. Forgot about that. Might not be broken after all. I’ll go home and get that.

Basically, it was like cursing a toaster for not working. Why won’t you just let me have some toast!!! And then realising that it just wasn’t plugged in all along. At least that’s what we said at the time. However, now that my brain has pointlessly mulled it over, I think it’s more like this… Buying a toaster. Plugging it in. Cursing at it. Give me toast you whure!!! Then realising, oh, right, forgot something. Bread. Breads turns into toast. Need to put the bread in first. Which in this case, was the audio program that came with the mixer. Needed. Full access. You’re not broken after all Toe Stair, my bad. Bread is in, and look, we’re dancing. Only took me a very long time to figure that out. Which, in reality, is quite dumb. Got there in the end. Persevere!

Gig went well. But I knew it wasn’t unreal. You know when something is really good. And you know when something just doesn’t pop like it can. I knew this. Or so I thought. Seeing as after we finished up, things went a bit bizarre. People saying how much they loved it. People asking for a photo or two or three. Flurries of people wanting to buy a round of drinks. Flurries. Drinks. Photos. Hang on, I know that wasn’t as good as it could’ve been. I know this, right? Am I hallucinating? Reality. I’m in it. Right?

Apparently, I know nothing. Fair enough I was after little sleep and coked up on a lot of Red Bull, but still, I couldn’t figure it out. Spaced and suspicious. Although, looking back at it now, I think the word is called hype. People love it here. Or else people were just drunk. Thankfully, tad too paranoid to dance with pip. Then again, quite clearly, what do I know? Gigs and offers have been bumbling in all day yesterday.

What I do know, for a fact, is that I must write the funk on. Chowder also made this observation to me with regards the writing of the book. Thinks that either I have bizarre inner workings in my brain, wading through the marsh and all that. Or else, I go to painstaking, mind blowing, ridiculous levels to procrastinate. Which was a good point. So I thought about it. And I think the second part is true to an extent.

However, I also have to give credit where credit is due. Brain, you’re an odd chap. What I realised last night was this, and this is the final gibber… writing a book where you’re looking back at your life, is like going through an intense session with a psychologist, psychiatrist and a psychotherapist. All at once. And all three of them are complete dopes. Laying out the mistakes and problems you’ve done. Then leave the room and tell you to work away on them on your own. Deal with that. Ha, great work brain! Writing drives me mental at times. Not a fan of it. Until I get it the way I want it. Then I love it. Go on the brain!

Been a while since a blogaruu, rambles have been extreme! Decided to dip back into reality for an hour today as well. D’Jigging in the gym. And at one stage, bits of paper were being thrown at me. ‘Look up!’ Looked up. Three flamboyant dudes gyrating on the balcony. ‘We love this song!!! Come dance!’ Eh, cheers lads, next time, I swear. So, apparently, that’s the reality I live in these days. Maybe my brain isn’t so odd after all.

Song on! (Which you can get for free here, duu!)