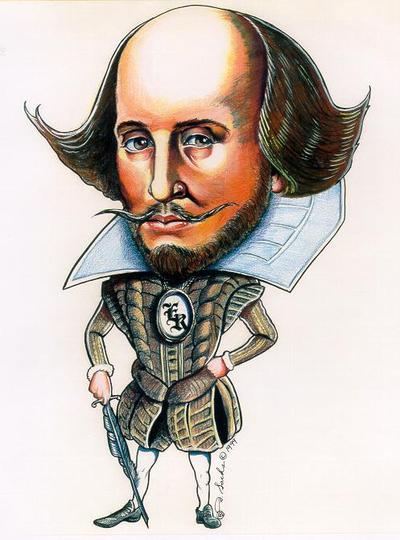 Blog. Book. Sitcom. Movie. You know the plan! Time to get phase three in action. So I write a script. Pick a scene. Let’s shoot that. What do I need? Director? Sorted. Cast? Dancing. Location? Hmm. Actually. How about the Irish coffee shop down the street from me? Especially as the script is called the Irish Coffee Shop. Down I go. Talk to the owner. They agree. Just pay a fee. Oh. Yeah. No worries. Good to go. And we’re on the road!

Shoot set for Sunday evening. Mighty. First, need a run through. Finagle the space next to the coffee shop for a couple of hours on the Thursday. Looks the exact same as the coffee shop, minus the coffee machines and Irish memorabilia. Also turns out to be a weed store. Interesting. Rehearse on! Run the lines. See what works. See what doesn’t. Rewrite. Tweak. All right. Now. Better. Cast is funny as funk. We’re good. Rehearsal over. See ye all Sunday.

Just about to leave… Director calls me over. They need more lights. And an extra thingamajob. Budget increases. Hmm. Already kind of at the peak of my budget. Not sure what to do. ‘Need them. Or it won’t look as good. Up to you.’ Well I obviously want it to look good. So far it’s just me producing. How about if I can get some extra producers on board? Two minutes later, two mighty buddies are in and on. Producer credits all the way. Now fully good. Funded. Rehearsed. Rewritten. Prancing!

Sunday. Shoot. Exterior shots earlier in the day. Handy for me to warm up for the main part. You know, never having acted and all. Ah, I’ll be grand. Just get my Shakespeare on. Down to the bottom of my street I go. Everything set up. All I have to do is cross the road carrying a bag of groceries and say howdy to a hot girl walking by who ignores me. Piece of pie. I do this all the time! Not acting, just a bit of reenacting! Lights. Camera. Action. Walk. Walk. Look left. Look right. Cross the street. How’s it going? Get away from me, kind of look. Throw in a double take. Leads to my double trip. Groceries fall. I tumble. We got it? Mighty! 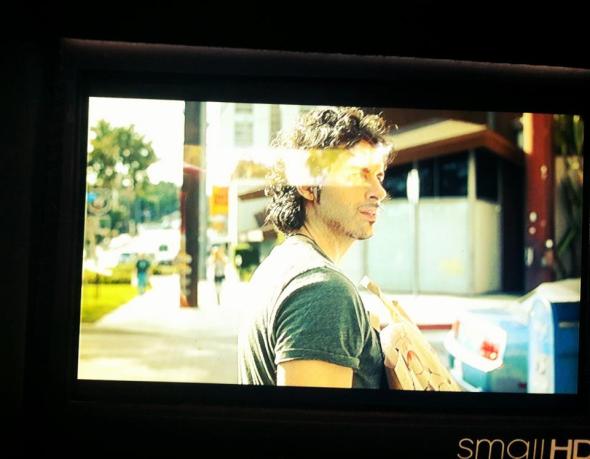 Let’s just do one more- Hang on, what does this punter want? As we’re getting ready to go again (captured above), a car whips in and cuts us off where I’m meant to be crossing. Guy hops out. Starts talking to the crew while I’m getting in the zone. What wares is this punter trying to sell here? Can’t you see we’re shooting boss! Oh. Balls. What did he just say?

“I’m a sheriff with the City of West Hollywood, where are your permits?”

Per-who what now? Permits? Oh. Balls. You need a permit to shoot in West Hollywood? Only costs a thousand or so? Ha. Sure thing boss. Just shooting a twenty second segment, we’ll do it on the sly, gone in two minutes, cool? Nay. Bob Hope. Sheriff. Not happy. Have to leave. Dose. At least we got that one shot. We’ll make it work.

Head off. Regroup. Minor blip. Just bad luck he was passing by. Not shooting the main part until six o’clock. We’ll just chill until then. Although we need to get one exterior of me walking into the coffee shop. We’ll just lay low for an hour. Shoot quickly then. So we mosey on over. Hang around by the shop. Discuss. Gibber. Gabber. OK. Camera man is happy with the light. Time to shoot. All I need to do now is walk down the street and into the shop. Mighty. Reenact. Go!

Sunlight. Camera. Action. Right foot. Left foot. I’m doing this. I’m walking! And turn body, turn! Turn it does and into the coffee shop I go. As I do, I see the sheriff power walking past me on the street towards the camer guy. Oh balls. He’s back. With a vengeance.

‘Don’t let me see you near here again or I will arrest and fine you.’

OK. Calm down. Out of curiosity, how about shoot indoors?

‘Nowhere without a permit. Come back in three weeks with the permit and then you can.’

Balls. Big time. This is getting worse. Camera man and director no longer up for shooting in West Hollywood. Coffee shop on the street. He’d see the lights and us inside within two seconds of setting up. Ah come on, we’ll chance it. ‘Well you can pay the fine so and be arrested.’ Fair point. But what else are we going to do? Meant to be shooting in twenty minutes! Actors are on the way. OK. Plan B? We’ll just find another location. OK. Dodge. But. Let’s try. Phone all the coffee shops nearby.

‘Sure thing! When might you need it? Today?! As in right now? Haha, good bye.’

Arrgghhh. Time ticking. Need to get something sorted. I’ve paid for all this. Crew. Equipment. Location. Either this is getting shot today or my money is down the drain. What the funk are we going to do? Cue one of the producers, a mighty, mysterious entity known as Kailandio.

‘I found us a place. Not a coffee shop though. A vinyl store. East Hollywood. If we get there soon we can use it but need to be gone in two hours.’

Oh Betsy. We’re back on? I think? Not sure. Vinyl store is cool. Can’t use the coffee shop scene script though. We’ll think of something. I’ll make up a script on the way there. Hop in the car. Tell the actors there’s been a slight change of plan, new location. Drive on. Start gibbering out ideas. This? Which? That? Let’s try that. Park around the corner from the vinyl store. Producer and director go to meet the owner and check out the space. I meet the actors and tell them the new script. Give them the bones. Turning points. Markers to hit. Somehow, something that sounds good is cobbled together. Just as we settle on the idea, we’re told it’s actually not a vinyl store. It’s an art gallery. Another twist. Another new script needed. Ha. Funk it. Let’s just change this to that, that to this and see how it goes.

In we go. Place looks cool. Set up. Try out the new plan. Do a run through. Seems to work. Know the actors from improv so all dancers on their feet. We walk through. We shrug our shoulders. We film. We take it again. We get the shots. We’re done. I think. Parts had me in stitches. Hopefully that’s it down to being as funny as I thought and not just relief that we somehow put something together. Will the scene ever see the light of day? Was it a bad idea to get a haircut the day before the shoot? Who is this Kailandio?! Who knows. We shall see. All down to the edit. Fun times though. Good old buzz. At one point we’re outside the coffee shop watching the exterior scene where I trip and this song starts playing on their speakers. Pretty. Fecking. Mighty.

And The Winner Is… – Devotchka

2. Some difference from reading and planning how to do something compared to actually doing it. Duu on.

3. The minute people realise you’re shooting something, they take notice. All kinds of attention. After we got rumbled the second time, I was down the street from the coffee shop, pretending to be on the phone, checking to see when the sheriff would leave. Notice this girl next to me pretending to be on her phone too. Kind of distracted over the new location needed but I did notice her models looks and her looking at me oddly. Thought she was trying to proposition me. Is she a whure? Why is she here next to me looking at me like that? And then I found out she was told by someone in the coffee shop that I was the guy in charge. Interesting. She wanted a piece of the action. Tut. Awful carry on.

Anyway. Great story. And that was yesterday. Right now. I’m on a plane. Eating mints. Writing gibber. On my way to the City of Apples. Meet. Greet. Whure. On! Giddy up. New York… Here I dumb!!!

3 thoughts on “I Shot The Sheriff…”