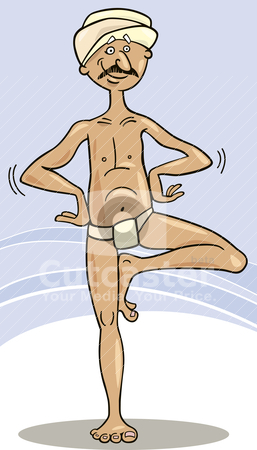 We Are The Champions – Mariachillout

Quiet old week. On the blogaruu at least. In the surreal world, busy as usual. Vital stuff too. Such as: My ability to somehow provoke strangers into instant dislike. Going strong. Other night in the gym. Quiet enough. Only two others in there. Finishing up. About to leave. iPod on. Randomer says something to me. Pardon? ‘Are you finished with them?’ Yeah, all yours buddy. ‘Put your weights back.’ Which now? ‘Your weights. You left them next to the machine.’ Not my weights. ‘I said put them back!’ (Perhaps now is a good time to mention this guy appeared to be a gimp from the minute he walked in to the gym. Small. Angry. Balding. Purpley red head. Veins trying to jump out of his neck. Wrist bands. Ankle bands. Swinging arms. Flexing into the mirror. Hitting his head before doing any exercise. Cherry on top. Wearing a blue-tooth ear piece. In the gym. On the phone. Shouting out a conversation. While working out. Whole time he was there. Also appeared he was some sort of a spoof agent. Complete. Utter. Gimp.

Anyway, pumped up ape tells his ear to hold on… ‘Put back your weights!’ Grabs me as I walk past him. Hand trying to squeeze my arm. Not my weights you ape. ‘PUT THEM BACK!’ Now tries to pull me back. Squeezing my arm more. Shrug him off. Dope. Slow or just stupid? Tries to grab me again. Push him with surprising ease onto a pile of mats on the floor. Little man, knocked off his steroid fueled perch. Lies there. Looks up. Hurt. Pride injured. On cue, only other guy in the gym comes back from the bathroom. Goes over to the weights. Picks them up. His weights. Not mine. Looks at us. Asks if something’s wrong. Little ape says no. Gets up. Sulks off to the bathroom. Back talking to his ear. And I head on my way. Fun times all round. Left wondering… What the funk? Odd.

As you can see, I’ve obviously developed some sort of rage problem. Obviously. Feeble arms pack quite the push. Need to sort this rage out. Which might be why I ended up doing yoga today. First time ever. Outdoor yoga at Runyon Canyon. Up for it? Era shur, when in LA… Yoga on! Could not be more California dreaming if it tried. In a kind of garden place. Adam and Eve style. Sun beaming down. Wind blowing through the leaves. Yoga teacher sitting under a tree. Eyes closed. People all laying out their stuff. Getting ready. Rolling out their mats. Balls. Forgot to bring a mat. Borrowed two hoodies. Mighty. Everyone’s now sitting down. Looking at the instructor. Legs folded. Hands in a praying postion. Slowly opens her eyes. Smiles. Looks around. And says… Namaste. Eh. Namaste to you too. All chanting. Namaste. Namaste. Humm. Huhh? And then, we’re off…

Hour long session. For the first 45 minutes, I’m absolutely horrendous. As if I’m trying to keep up with a professional dance class. Learning their moves as they dance along. Leg here. Arm there. Open up. Twist around. Lie down. Face up. Eyes ahead. Now jump your legs across. Raise a buttock. Swing over a cheek. Arm back to where it was. Head between your legs. And deep breath. Good. Simple one to start off with. Almost everyone got that easy one right. Except… Are you ok over there? Eh. Yeah. Fine. Just warming up. I think I put my jumpers over a hole in the ground. That’s why I’m falling over so much. Not to worry. Yoga on!

And on we went. Leaning dog. Rolling dog. Upward eagle. Sideways lion. Crouching tiger. Hidden dragon. Backwards frog. And so on. (Pretty sure they were the moves anyways.) As I said, first 45 minutes, horrendous. All down to that hole in the ground. Obviously. However. Once we started doing headstands, flying! Kind of. So the whole point I went was to try and clear my mind. Get rid of the noise and rattle in there. No joy at the start when my main objective was keeping up and learning new dance moves. Head standing time, all that changed. First of all, the teacher phrased it mighty… Anyone who doesn’t want to try a headstand can just do a plank. However, the reason you might not want to try it, is just down to fear. Fear. You’re afraid of what might happen if you don’t get it right. At least try… Looked around. Everyone up on their head. Balls. Changes my plan. Not afraid of no headstand! Plonk? Maybe. A plank?! Never! Hey hup, up I go!

Two seconds later, I’m on my head. Kind of. Falling over. Flailing about. But kind of on my head. Felt good. Next move, I swiveled. Now my body’s upside down the opposite way around. Head on the hoodie. Leaning on my neck. Feet once more in the air. Just chilling. Easy enough. I can do that. Close my eyes. Finally. My mind set free. Chilled. Listen to the leaves…. Whoosh. Hear that wind…. Shush. Goodbye noise, hello peace of mind. Now just lie on your backs (I can do that too!). Arms out. Rock your hips. Eyes shut. Namaste. Namaste. Namaste! Finally. I was Yoga Bear!

Only one session in, but I am a fan of the yoga. Came away with all trippy hippy thoughts… You know, man, if you think about it, the sky is the great connector. Just look up and you could be anywhere. Just look up. Close your eyes. And listen. Hear that… That’s namaste. Just be careful of the wall. Yoga gibberish all the way! At one point, I swear, I heard God. Eyes closed. Walking along. Head to the sky. God was calling out to me. Calling me to the church. Organs even started drowning over me. God, here I come!! I’ll set up a Good News Caravan. Travel around the country. Spread the yoga love! Then I opened my eyes. And realised we had just parked next to a church where someone was practicing the organ. Oh.

Namaste. Scuffling. Yoga. Busy week. But neither really the reason why the blogaruu has been so quiet. Nay. Quiet blogaruu is down to writing book two! Going well. Blogging shall be done when I can. Until then though, I shall be writing. Which is also why I’ve now gone robe. Too hot for clothes in LA at the moment. Need to be cool to write. Concentrate and all that. Unfortunately my roommate’s not a fan of me not wearing clothes. Robe is the compromise. Works for me. Go robe. Highly recommend it. Might be time to do a few robe vlogs? Vlog the book writing experience? Yay? Nay? Anyways. Once again. Time to go write on. Only objective. You could say… I’ve turned into a  robe bot!!! Hahaw. Oh Jesus.

P.P.S Seeing as they might be sporadic for a while, sign up for blog updates if you like! Top right of the page. This wonderful gibber delivered to your e-doorstep!