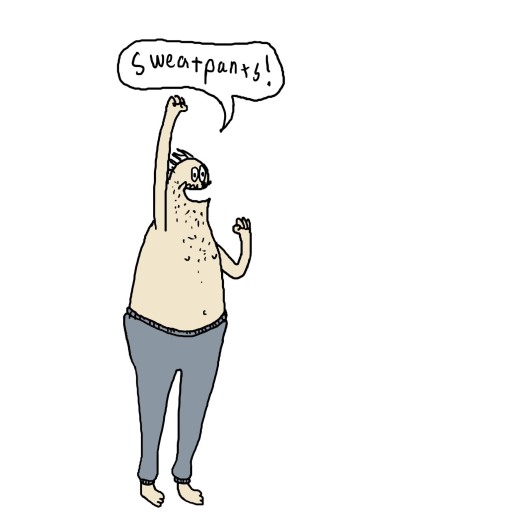 So yesterday a couple of lights, bombs, bells and whistles exploded off in my head. It’s a been a while. Epiphany on. I was talking to a guy who asked me a simple enough question:

What have you been doing lately?

Rattled off the usual replies.

Grand. As you duu. Until he asked a follow up:

Work-wise though, what have you done since your last book came out, any closer to the goal?

Now that’s a far better question. Threw me off.

Did I say that?

Hung up. Head. Light. Dizzy. Epiphanies. Exploding. Foundations. Rattling. Crumbling. Fell head first into the kitchen wall. Woke up hours later with a tattoo on my arm: What the funk have I been doing??

March to October. What did I do? Improv? UCB? Blog? Oh Jesus. They’re just minor things, aren’t they? What did I do?! I know I made a RanDumb teaser in October. I remember I went to New York and England in November for those TV meetings. I think I recall writing show bibles and pilot scripts for two different shows over Christmas. Sent them off to those TV folk who were waiting for them. After that I think I waited to hear back. Realised it takes a bit longer than instant reply. So I think I started on a movie script. I think. What else? What concrete? What did I start/do/finish?!

During that time I think I remember attempting to get my passport renewed. I remember I struggled for about a week straight to get the bloody thing signed and notified. As in have my passport photos stamped by a bank official or notary or police man or anyone official. I remember that was hell. First three places I tried:

The guy who does that is off this week.

Our notary licence just expired yesterday, can you believe that?!

No I could not. Nor could I believe the next seven days. Went to the main branch of my bank. Had about fifteen branch managers stare me down through plexiglass windows suspiciously as if I had a bomb attached to my face. Then told:

We aren’t allowed to stamp a standard passport photo that size, our stamp is too big. OK, you spoofs.

Told to go to AAA where they apparently do that kind of thing:

This seems a bit suspicious, what country did you say it was for? Maryland? That’s a state, sorry, we can’t do that. Huh?

Told me to go to my local priest or police station. Church closed. Police:

We can’t do that here – But you’re a police station, you must! – Sir, I said we can’t, you must go to our official office of records where they will stamp that – OK, where’s that? An hour or two drive from here, depending on traffic. Are you serious? Are you resisting my answer? Oh Jesus. Goodbye.

Eventually, a week later, a friend in Santa Barbara saw my pleas for help on Twitter. Her Mum knew someone in the Cork passport office at home. Asked where’s good to go. Gave me a number for an unlisted Irish consulate guy in L.A. Phoned. Told me he can help me. Just call down to him in Huntington Beach. Two hour drive? Any other option? He can meet me in a week in downtown L.A. OK. Let’s do that. Week later, show up for my appointment. Informed he had to cancel, can’t make it. Delightful. Asked the secretary is there anything she can do? All I want is someone with a stamp to look at my face, look at the passport photos, verify that it’s the same person. PLEASE. I BEG. HELP. ME.

I’ll see what I can do, go wait in this room.

In I go. Just me. Table. Big chair. Huge portrait of Abraham Lincoln. Stared at each other for an hour. He won. Knock on the door. Passport photos stamped. Oh sweet Jesus. Thank the Lord. Praise the Lincoln! Cheers kind woman, straight to FedEx I go.

Scuttle up to the branch by my abode. Howdy fine sir, I need to post these documents and these photos to the Irish Embassy in San Francisco by your quickest and safest means possible, I do not care about the cost, I just need this to be done so I can forget about No Terries for ever and get my passport renewed before it expires in six months. Please.

FedEx guy just nods his head. Takes my documents. Grabs the photos from me. Weighs them all up. Starts wiping his finger and thumbs. Looks at it. I look at it. Why are they all black? Oh Jesus. The funking ink from the stamp! Grab the photos – Balls! Funker smudged the stamps off when he took them. My passport photos no longer notarised. Just smudgised. Dirty looking. Illegible. Funk it. Don’t care. They’ll have to do. He apologies. I slump. Stick them in. Post them off. Pretend to myself it’ll all be sorted once they figure out exactly what happened. It’ll be grand.

Anyway. I remember doing that too. At some point I was jigging in Vegas. Then at a Muppet wrap party. Helped friends with their different projects. Wrote articles. Did stand up. Still though, I think most of that was recently. From March to October? Traveled a good bit? That was mighty. Made money doing other stuff that is fun to a point but not what I actually want to do with my life? Did that. Built a base? Yeah, true. Sorted out monkeys? Fair enough. I also got sweatpants as a present during that time too actually. Ended up buying another pair. Then some pyjamas. Started to plot how I could wear these all the time. Started coasting. Standing. Watching. Going to the gym. Same weights. Same distance. Same music. Same food. Over and over.

So. Anyway. Remember doing those things.

Overall. What did I do towards my goal that’s tangible?

Woke up with that tattoo.

Realised all I did was become comfortably dumb.

Numbed myself to taking a risk.

Dumbed myself allowing a lot of time pass by.

None of that other stuff really means as much if I’m not making progress on why I came here.

Which I kind of forgot aboot.

At least now I know.

Dreamt in French last night. A French poem. All the images were in cartoon as well. Not sure what that means but I’m taking it as a good sign. Especially seeing as I don’t even speak much French. I did also swallow some cat hair and spend the rest of the night coughing that up  but I’m taking that as a good sign too somehow.

Some amount of gibber. But anyway, I’m back!

Now. No more time to waste. Time to get things done.

Sweatpants off. Work. On!