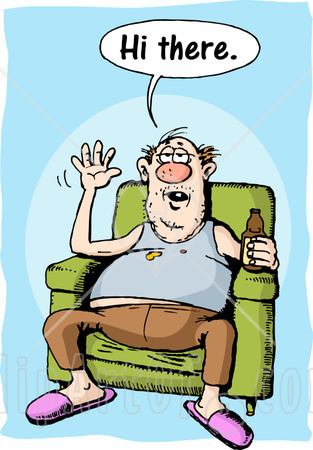 Laziness truly is the root of all evil. No doubt this has been gibbered out before. Along with logic, I think. Being a procrastinating ape. Issues with my gibber. Plenty more. All obvious flaws. Back to laziness. Me being it. September last year. 7 blogaruus were churned out by this date. This year, half that. Limp half. Shocking, I know. Oh no, less blogs, how does the world still spin, you ape… says you. OH MY GOD, I ACTUALLY DON’T KNOW, IT’S FREAKING ME OUT!… says I. Oh Jesus. Tonight I realised one reason why this has been happening. Lately, less time has been spent alone, doing nothing, not thinking about stuff. Meaning less time for loose strings of gibber to piece themselves together, out of the sea of muddle in my head. Ideas no longer loosely mapped out before I sit down to write. Meaning spending time stringing gibber and less time writing. As I then see that it’s 4 in the morning. Laziness. Tiredness. Both kick me in the head. Sleep is on. Blog off. Tut tut. King Tut. And I’m then dumbly annoyed at myself the next day. Circle of dumbness. Two things I’m doing far less: Showering. And. Walking.

Second one has been for over a month now. Since I invested in the Chariot. Having a full time mode of transport has made me ridiculously lazy. Not a full on fan. Handy to have, obviously. However, corners are now being cut. Take going to the gym. Now pretending to do stuff for an extra 5 minutes at home. Just to make myself 5 minutes later, than the time I would usually go. Meaning I’m now cutting it tight whether I’ll make it in time if I walk… Ah, but I can just drive and that actually makes up for those 5 minutes! Well done me! Tut. I don’t think I’ve strolled to the gym once since I got the Chariot. I’ve changed, man. Who have I become?! Those walks used to be the mightiest for the stringing of gibber. Along with the odd story happening along the way. Now. Zip. To. Fro. Done. Boring as funk. But I do get more time to pretend to do stuff at home?! Well done. You ape.

Back to showering. Not that I haven’t been showering. Just that showering for pointlessly long periods of time has decreased for the past week or so. Seeing as something has been up with the waterworks in my abode. So my bath would fill up when I showered. Meaning 5 minutes max, before it would overflow. Meaning no time to stand and get lost in the shower. So no time to let the gibberish flow through my head like time did not exist. Seriously. Showers are ridiculous for things just flashing into your head. Name of my book… Hit me in the shower. Angles for chapters… Shower. Movie ideas, twists, turns, plots… Shower. Figuring out where my lost ID might be… Shower. Ideas for stand-up… Shower. Can’t think of more right now. As I am unfortunately not in the shower. Next time. Anyways, today I finally decided to actually fix my shower. Well, not just me. Good man, Google. All it took was a simple plunger. So tough. At least I’m back dancing once more. In the rain. In the shower. Powering through! Combining the two! Power walking around the shower! My dumb brain is back!!!

Alright, so enough about my issues and excuses. Most properly don’t give a flying hoot aboot all that. But some do. And others are actually sound enough to send me messages telling me to blog the funk on when I have been slacking (Just got one right now in fact! Keep doing it by the by, I respond better to kicks than pats). So one thing I’ve glossed over the last two weeks… Stand-up, sit-down gigs. Last week, Comedy Store, main stage. Happy days. First time on the main stage there. And I must say, quite funking cool. If not cheesy as funk at the same time. Cabaret style feel. But cool. Back stage was pretty slick as well. Green room. Dressing room. Bar area. Minus booze. Disappointing. Managed to get some delivered back stage at least, if one wanted. Eh, yeah. Please. Just one for the nerves. Actually. Maybe just two. Another thing about being backstage in the green room, you don’t really hear anything from the stage. Which is why I didn’t hear my name being introduced. 3 times. Finally copped. Who’s next… Oh Jesu… Where do I…  Curtain… Tangled… Spin around… Stumble on… Booze… And… Howdy!?

Gig went well. Not perfect. But it was good. Worked on my flow. Forgot pieces. Tried out a few new bits. Ad-libbed. Gibbered on. Danced a bit. Banter with the crowd. Laughs were got. Giddy up! All in all, quite a dancing night. Job done. Asked back again this week. This week came along. Labour Day weekend. Bank holiday Monday. Gig on Tuesday. But for some reason, I wasn’t feeling it. Had a few news ideas I wanted to try. But just wasn’t feeling it. At all at all. Long weekend. Need to focus on other stuff. Rar diddy rar. Excuses. Spoof. Time to get out of this. Wake up. See a text from the organiser… ‘Still good for tonight?’

Read this just as I woke up. Replied, just after waking up. In case I haven’t said before, I am horrendous at making sense in texts within at least one hour of waking up. Kind of bizarre. Fully dumb. Just no sense whatsoever. Can’t type quickly enough and have a need to quickly release my text to the world. Tried to text back saying I couldn’t actually make it, could I change to next week. Sent. Delivered. Hope she’s cool about it… Beep beep. Reply… ‘Good to hear that you’re confirmed for tonight! I was hoping you weren’t going to try and pull out or cancel! See you at 8.’ Eh, what what?! How… Wha… Re-read what I texted… Some ape. Somehow. Instead of canceling. Basically confirmed enthusiastically that I’d still be there. Thin line. Swung to the confirmed side. With bells. Oh balls.

Long story short, gig was on. Not up for it. Not too bothered. Didn’t invite too many. Strolled up casually. Didn’t prepare meticulously for it. Ran through bits briefly all day in my head. Arrived. Got a good time. Went up. And… Fully danced on! Mighty show. Even better, all the new stuff I tried, went swimmingly well. Even better still, all the stuff I actually made up on stage, went delightfully well!  Flow was flowing. Jokes were hitting. Laughs from start to finish. Came off stage bouncing! Asked back again, next week, the week after, whenever I want to really, dancing all the way! Still not my own hour-long touring show or anything. Yet. But. Baby step on and on. Practice makes perfect. For now. Call me Mr. Practice.

Stand-up is becoming far much more of a laugh to do. Only downside, it takes away almost two days from me. Day of the show. If and always when I might head out after the show, the next day runs at half pace too. Unfortunately. So need to work on those two things. Speaking of working on stuff, voice lessons have also been going on for a week now. My voice! Clarity! Getting people to understand my gibber quicker while I’m on stage! Adding more accents to my range! All being worked on. Basically, it works like this… One class a week in person. 30 minutes. Plus 5 minutes of exercise on the phone every day as well. Thus far, all good. Helpful big time. Also. Ridiculously frustrating. As in you feel like a complete idiot. Leave your ego at the door. Back to basics. ABC. Tongue twisters. Slowly speaking like a baboon. Whenever tired/hungover I really just want to throw my phone off the wall… I did say C! I did. C? C. C! See. CCCCCCC!!!! Patient teacher.

Balls. Almost six bells. Time to horse this up. Sleep needed. One last thing… Vlogaruu en route. Need to free up space on my laptop first. And stop making excuses. One actual final thing, vlogs of reading chapters from my book was suggested to me… I do believe they shall be en route as well! One chapter a vlog. Reading. Ad-libbing. Back story gibbering. Accents if needed for characters. All while working on my clarity. Win win, for me. Meh, for ye. Excuses off. Song on!! 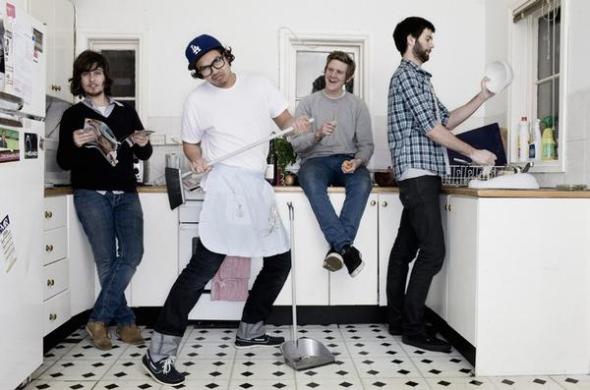