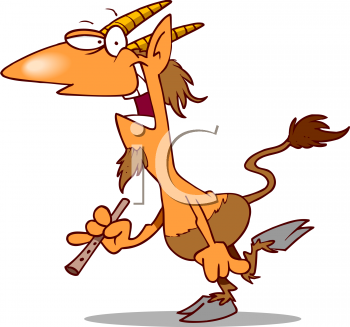 Sunday nights. Fun times. Numerous reasons. Need to postpone one thing in particular for as long as I can. Gibber on. Sunday nights. Time to look over the weekly to-do list. Usual. See what I managed to get done. Tick. What I did not do. Tut. Pity. X. Then write in random pointless stuff not on the list. But that I did throughout the week. Even things out. All aboot balance. All aboot fooling. For the past hour I’ve been trying to get one final thing ticked off before I go to sleep. Write an article for an Irish paper. Unfortunately. My brain has been distracted. Highly so. Waiting patiently. Waiting for them to show up. Bringing it with them. Distracting. As is. This imaginary goat. The one I can’t stop thinking about.

Thought it was a passing thought. Claimed that it was. Like a girl pretending not to have any interest in a guy. Laughing off the notion that she likes him. Yet won’t stop talking about him. I’m like that with the goat. Not something which was intended. But it seems to have happened. Can’t stop gibbering to people about it. Especially today. Rambling on like a crazed ape. As if he were real. As if. This goat. That I keep seeing. In my head. In my apartment. Not sure why. But he is now wearing a towel. Wrapped around his waist. Standing on his hind legs. Walking around. Smoking a pipe. Pretty odd. Need to nip this in the bud. If anyone asks, I’m just working on a character. Some eh, stand-up gibber. Not like I gave him a name or anything. Haha. Haha. Ha. Ha haw. Joking. As if. William.

Perhaps I should start a new end of week list. Things I did. Without intending to do. Think and talk far too much about some goat… tick. What else. I know… Batter myself. Tick. Every time I walk to the gym, I like to take a certain route. And by certain, I mean OCD. Walk out of my building. Walk up the road a bit. Cross the street here. Walk along the path. Squeeze past a sign. Swivel around the corner. Walk on down the street. Cross the road here. There. And I’m at the gym. Recently. A deadly device came into my life. Blueberry. Walking and texting. Dodge. Last week I kind of walked into a bush. At least it wasn’t a pole. I said. At least.

Friday. Replying to a text. Focused. On the text. Walking. To the gym. Automatic. Out my building. Up the road. Cross over before that car. Walk along the path. Narrow-ish. Here comes that pole. With the sign. Here comes my swivel. Here, let me look down and type this highly important text right… now. Swivel. Actually… nooo. Squeeze then swivel. Squeeze! Too late. Thrust that body weight. Crack that shoulder. Bang. Sign. Pain. Delayed. Now. Arrrggghhh. Funk. Me. Pink. Sweet Lord. Grasping my shoulder. Trickles of blood. The berries. Oh, and look. Right next to the sign. Parked car full of women. Looking at me. Howdy. Ugh. My shoulder. No time to almost keel over on the path in pain. Let’s just walk away as cooly as I can. Strut. Shouder. Strut. Smooth. See ye girls. We must do this again. I meant to do that by the way. Sure.

Might be a long old list. Bruise my eyes. Tick. Burn my brain. Tick. Same day. Went following up DJ leads. Walked into a bar. Not really realising what kind of bar it was. Wandered in. Asked for the manager. Waiting. Looking around. Wondering. Hmmm. Kind of odd that that guy is on a table at the other side of the bar. Bit early to be dancing on tables at this hour. Wearing a police hat. And sunglasses. Wearing only a police hat. And sunglasses. Ehh. What’s that, that he’s holding in his hand? Oh. Right. Oh Jesus. Eyes. Bruised. Image. Brain. Burned. To-do. Ta done. The name really should’ve given me a hint. Mickeys. What else for this mighty list…

Make someone think that I’m a beggar… Tick! This one might be down to being so tired and slightly hungover. Lethargic. Slow. Dumb.  Tonight, list, to do, laundry. Went to the shop. Change. Quarters. Back to the apartment. Realised. I actually have two loads to do. That’s the job. Fourteen quarters. Enough for one load. One quarter shy for two. Mighty. Even better, just started to pour down outside. Not up for going back to the shop in the rain. Hang on. I think I hear my neighbor going into his apartment. I’ll just ask him if he could swap me these two tens and a five cent, for a quarter. Reasonable enough. Knock knock. How’s it going, hubulla hubbulla… By any chance do you have a spare quarter? I liv… And then my neighbor cut me off. Asked me how did I get into the building. And closed the door as I explained that I live here too. Which was nice of him. Great little incident. Good for the soul. Cheers buddy. Cheers.

This list could go on and on. Hit myself in the head with a dumbbell. Realise I only know about 10% of the people saved in my phone. Send out a blanket ‘Who’s this?’ text like a hungover ape. Get a few defensive replies in return. Tick, tick and thick. Never-ending list of dumbness. Two weekly lists. To do. Too dumb. Time to wrap up. As I hear them coming. Clambering along. Monkeys have landed. William held them off for as long as he could. It will be along soon. In abundance. Must go hide. Sunday night. Hung over. Fun time. Most fun of all. The fear. Almost here. Yaaay.

Fight For You – Morgan Page